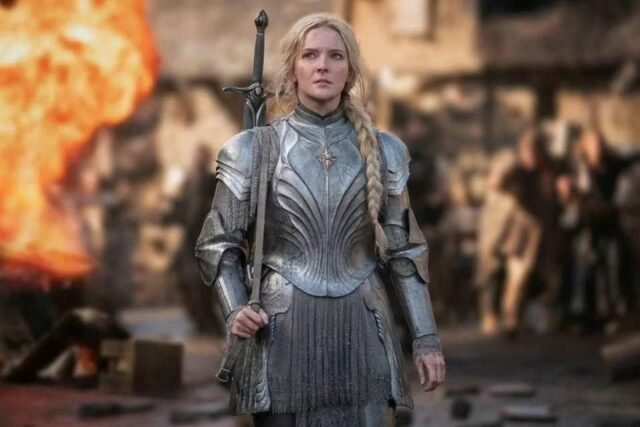 Recently, Vernon Sanders, chief director of Amazon Studios, said in an interview with the Collider portal that the 3rd season of The Lord of the Rings: The Rings of Power is already being thought by the executives and that the renewal should be announced as soon as the discussions advance. a little more.

“There’s been some talk about season three and we’re making some investments to make sure we’re ready for season three. We’re committed to John and Patrick’s vision for that! I’m also confident that we’ll do many more seasons yet, but we’ll announce third season when we have more concrete things,” he said.

In addition, Sanders also took advantage of the meeting to comment on when the 2nd season of the show should be made available to fans.

“It would be amazing if we could release Season 2 within a year of the release of Season 1. It might take a little longer than that, but we’re doing everything we can and we’re going to get better and faster as we go along,” he said. .

“Our experience shooting Season 1 has taught us things that we’re applying to Season 2! We’ve also set a goal for ourselves of when we want the show to come out and so far we’re sticking to our plan.”

In this way, fans of the series can be relieved, since Sanders’ lines indicate that Amazon intends to continue recording the program for a few more years.

See more: The Rings of Power: 8 questions for Season 2 to answer

The Lord of the Rings: The Rings of Power: Learn more about the series

The Lord of the Rings: The Rings of Power is an American series based on the book The Lord of the Rings by author JRR Tolkien. In the plot, viewers follow the events in the Second Age of Middle-earth, events that preceded the stories of the books and films already released.

The show’s cast is composed of Morfydd Clark as Galadrie, Robert Aramayo as Elrond, Ismael Cruz Córdova as Arondir, Charles Edwards as Celebrimbro, Benjamin Walker as Gil-galad, Cynthia Addai-Robinson as Tar-Míriel, Lloyd Owen as Elendil, among others.

It is worth remembering that the 1st season of the program can be seen on Amazon Prime Video.