“Harry Potter – 20th Anniversary: ​​Return to Hogwarts” is a special HBO Max program dedicated to a series of films with a teenage wizard. At the school of magic, their main cast and creators once again gathered to reminisce about iconic productions and work on the set. Among the behind-the-scenes anecdotes, secrets, and curiosities, there are a few that will surprise even the most hardcore potter maniacs.

The program with Harry Potter reunion will appeal even to moderate fans like me, fans of the world created by JK Rowling. It has a well-thought-out, chronological formula, interviews with the cast and directors, and the hosts are actors adored by viewers themselves. The whole thing shows a piece of the history of cinema with charming or depressing flavors that saw the light of day years later.

“Harry Potter 20th Anniversary: ​​Return to Hogwarts” is an excellent anniversary program. This is how you get reunions!

Emma Watson has revealed that around the middle of the Harry Potter series, she wanted to step down from the role of Hermione. Rupert Grint, the film Ron, had similar thoughts. Daniel Radcliffe, who played the title role, had a crush on Helena Bonham Carter (Bellatrix), 23 years her senior. Chris Columbus also told how he discovered the young actor, and who finally persuaded him to take the screening of Rowling’s novel. Below you will find details of these curiosities.

5 interesting facts (and even more) that we got to know in a special program about Harry Potter reunion.

The “Harry Potter” series is one of the few book adaptations, the casting of which has been accepted (probably) by all fans and can not even imagine anyone else in these roles. Daniela Radcliffe, the title character, was an absolute hit. Chris Columbus (director of the first two parts) found him by accident when he was watching the 1999 BBC movie “David Copperfield” in a hotel room, in which the debuting 10-year-old played the young Copperfield (but not the illusionist, which would be even more interesting). “The lamp came on and I thought it was Harry Potter. He’s the boy we’re looking for,” said the director.

And he was right. He asked the casting director to invite him to an audition. She admitted that it would not happen because his parents did not want him to get the role. Why? The contract included 7 films shot in Los Angeles. Meanwhile, the Radcliffes lived in England. Producer David Heyman was adamant, however, and came to a theatrical performance with a young actor. He then managed to convince his father, but the details of this conversation will remain their sweet secret. 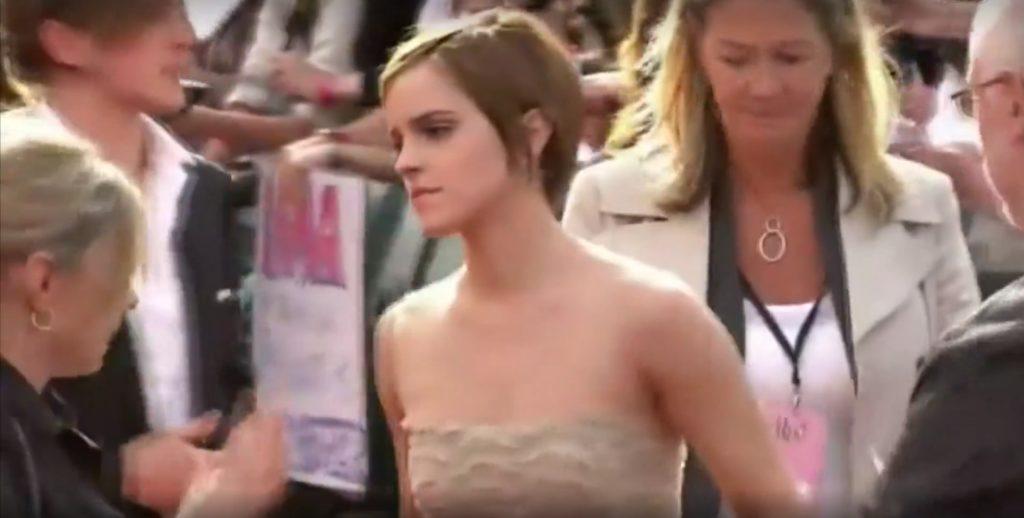 Just as we can’t imagine someone else playing Harry Potter, Emma Watson is the perfect Hermione Granger. After “The Goblet of Fire” (the fourth of eight movies) in 2005, the actress wanted to give up this amazing adventure, but eventually found the strength to finish the series. She was the youngest of the bunch and was not friends with others such as Daniel Radcliffe with Rupert Grint (Ron Weasley). “I felt lonely sometimes,” she recalled. On the day of the premiere of this movie, she was 15 years old.

YES, I GUESS I WAS SCARED. I DON’T KNOW IF YOU EVER FELT (SHE SPOKE ABOUT IT FOR THE FIRST TIME WITH RUPERT GRINT, WHO ALSO HAD SIMILAR DILEMMAS – ED.) THAT IT WILL ALWAYS BE LIKE THAT. FAME OVERWHELMED ME QUITE A BIT. NOBODY PERSUADED ME TO FINISH THE FILMS. THE FANS SINCERELY WISHED US SUCCESS AND WE SINCERELY SUPPORTED THEM. ISN’T THAT GREAT?

Dealy in Morbius release date: will not hit theaters in January 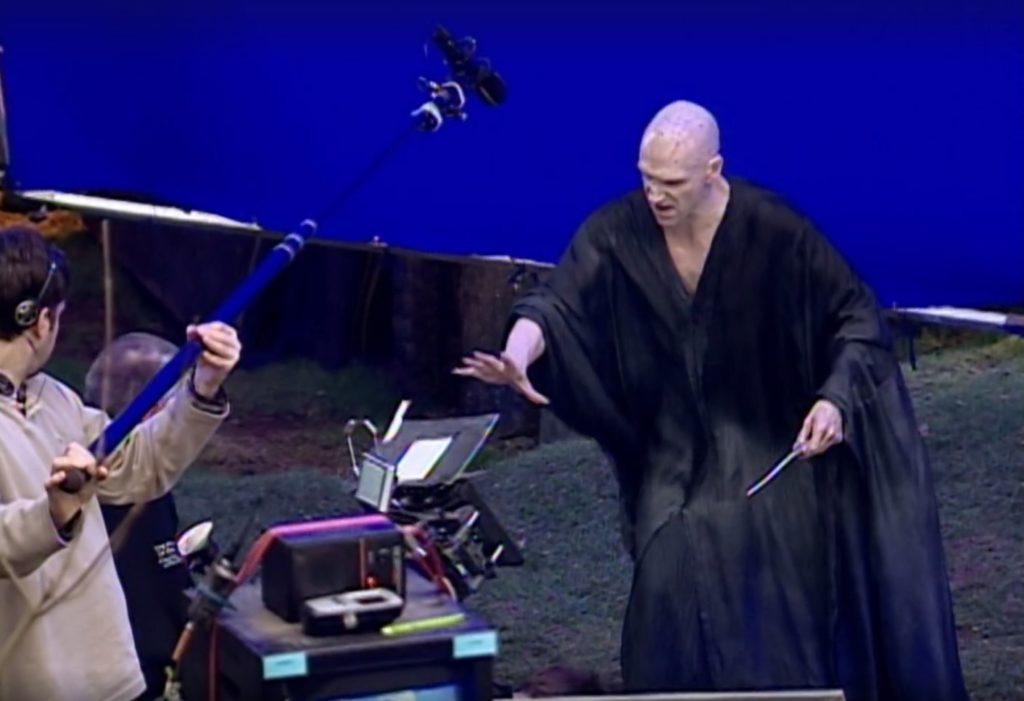 In retrospect, it seems to us that only a fool would not want to take part in this famous project. We now know that it changed the lives of both the cast and viewers themselves, and had a huge impact on pop culture. Before the first slap, JK Rowling’s books were already hugely popular, but the real boom for them was born after the premiere of the films.

At the very beginning of the documentary, Daniel Radcliffe asked Chris Columbus for the first time why he had any interest in “Harry Potter”. The director, who gave Poles a secular tradition of “Home Alone Kevin” watched on Christmas Eve, said that his daughter Eleanor persuaded him to do it (you can thank her potter maniacs).

She tried to convince him to read the book three times and he finally broke on the fourth. When “The Prisoner of Azkaban” came out, he said he would finally do it. “The movies immediately hit my head. I never experienced it after that,” recalled Columbus. He then flew to meet Rowling and shared his vision, which turned out to be very similar to this author. You know the rest of the story.

The role of the One whose name must not be pronounced was offered to Ralph Fieness. The actor, who was already considered one of the greatest talents of his generation, did not immediately agree. He asked a sister who had children of hero age who all this Vodermort was. – She was shocked that I was offered the role – “You have to take it!” – she said. And so the cast was joined by an actor who later played one of the most iconic villains.

Some fans of “HP” kept their fingers crossed for the relationship between Hermione and Draco Malfoy (countless romance fanfics were created with them, by the way). Emma Watson revealed in “Reunion” that they had good intuition. The actress fell in love with Tom Felton the moment she saw his drawing of God (in class they were supposed to draw what they thought it looked like, so Felton drew a girl with a baseball cap and a skateboard). Then she would come to the set and look in the list when a scene fell out with him. She said that each such day was “exciting” then.

“He was three years older than me and of course treated me like a little sister!” – the actress recalled. Felton mentioned that he was protective of her. “I have always had a weakness for her. Until today” – he confessed completely seriously. Together, however, they added that it was never a romantic bond, but simply a bond. – We just love each other. That’s all I can say, ’emphasized Watson. It’s more fun when we contrast their relationship with the movie heroes. However, it is known how thin the line is between hate and love.

Platonic love, if you can call it that, shared Daniel Radcliffe and the much older Helena Bonham Carter (she impersonated Bellatrix and was in a relationship with Tim Burton at the time). I fully understand him, because he is one of the highlights of the special stage – a wonderful and mega amusing woman who could lead a whole series of such reunions.

The actress asked him to read the autograph he wrote to her when they played together (they first met on the occasion of the 2007 “Order of the Phoenix”). “Dear HBC, it was a pleasure and a psychosis to play with you. In the end I always brought you coffee anyway. I love you so much. Sadness that I’m not 10 years older. I might have a chance. Kisses, Thanks for being so cool,” read Radcliffe and almost burned with shame.

The special episode was full of emotions (everyone cries at the end – including the audience), but also funny anecdotes. One of them concerned the phoenix Fawkes – a fictional bird belonging to Professor Dumbledore. The late actor Richard Harris, who was an impersonation of the Hogwarts director, thought it was a real animal, not a mechanical puppet. “Richard came in, looked at the bird and said they can train animals very well today,” Columbus said amused. Radcliffe added that the puppet had a camera in its eye, so when Harris approached it, the animator moved it as if it were reacting to him, “so he wouldn’t destroy it.”

Another completely real prop was the hundreds of candles in the Great Hall of Hogwarts. They have not added in post-production thanks to the power of a computer but hung on wires just above the crowd of actors. “I loved it when all those floating candles one day burned out the strings attached to the ceiling and these started to fall,” Radcliffe recalled. Together with Emma Watson and Rupert Grint, however, they were delighted that the film used such a spectacular effect made in the traditional way.

What do you think about the Harry Potter reunion ? Let us know in the comments.

Advertisement. Scroll to continue reading.
In this article:best, movies 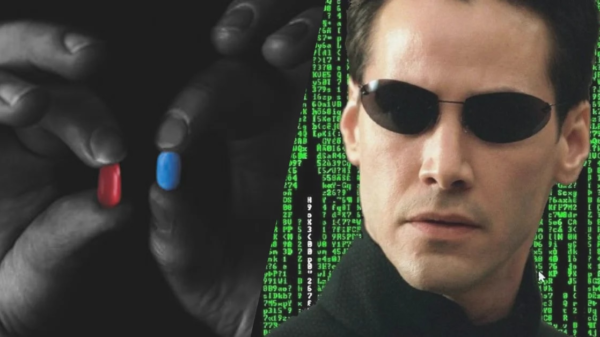 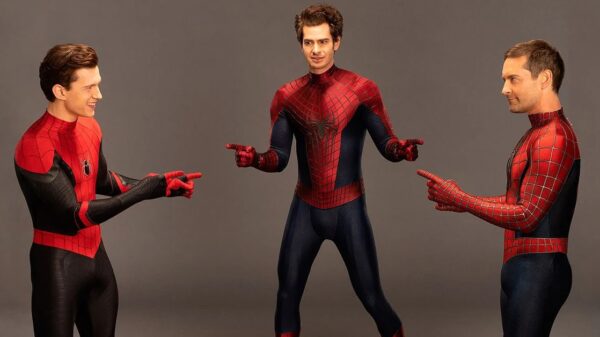 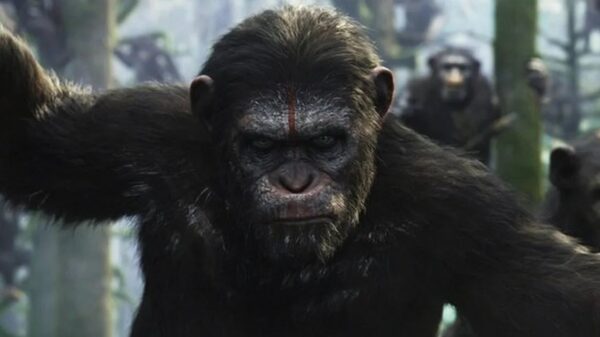 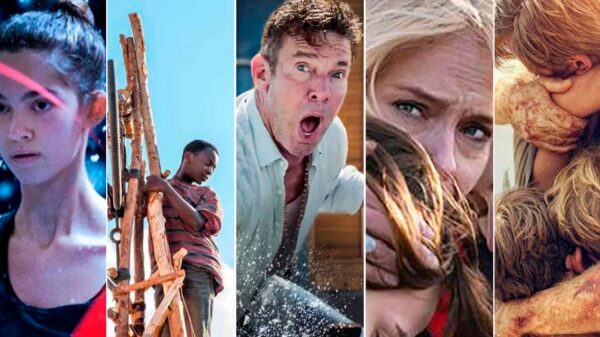 Movies based on real events to watch on Netflix

Movies based on real life events. (Netflix) Movies in general are a good attraction for the public, but those inspired by or based on...