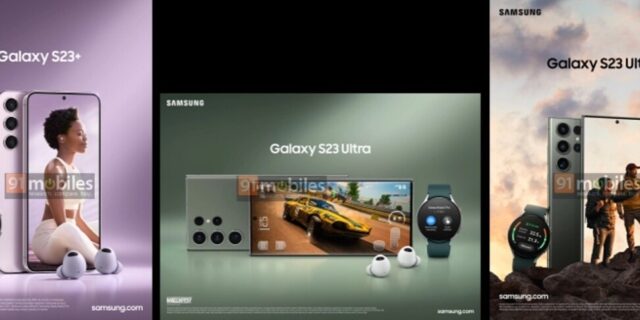 If everything is true, Samsung will present the 2023 S series, including the Galaxy S23, S23+ and S23 Ultra, on the first day of February. In recent weeks, rumors and images of the not-yet-official devices have been pouring in like rain in the middle of summer. He is expanding this list now IceUniverse with three images that look very much like they are from official S23 promotional materials.

The image confirms the smaller rearrangement of the rear camera island, the pinkish-purple and green colors. In the pictures I can also see the Galaxy Watch5 watches and the Buds 2 Pro earphones. In connection with the phones, information about the battery and charging was also received with the photos: the 3900 mAh battery of the basic model will be able to be charged with 25 watts, the 4700 mAh battery of the S23+ will already be able to absorb 45 watts, just as the S23 Ultra’s 5000 mAh and its colony, although the latter is not a big novelty, the series has known it since the very first Ultra. The good news is that the base and mid-range models will come with a larger battery.