Samsung will not join the Snapdragon 8 Gen 2 party and announce its new flagship devices until the end of the year. However, when the Galaxy S23 family is introduced at the beginning of 2023, it will be equipped with an exclusive Qualcomm chip with a higher clock rate worldwide, as well as an extra that only the iPhone 14 and the Huawei Mate 50 Pro can do for traditional smartphones: satellite communication. The Iridium constellation consists of 66 active satellites and, moving in low Earth orbit, brings a global telephone and data connection to suitable devices – and here, instead of a smartphone that can be taken off the shelf, think of a satellite phone or communicators such as Garmin inReach.

With an active subscription, the latter provides two-way messaging, position sharing and SOS signaling in places where there is no terrestrial coverage. The iPhone 14 a Globalstar can send two-way emergency messages via constellation for the time being in North America, and the Mate 50 Beidou group Message 3 can send an SOS signal to its protocol in China, but not receive a response. Constellations like SpaceX’s Starlink still require a large receiver for fast data connection, and it will take a couple of years for such a group of satellites to offer two-way data exchange simulating a mobile network without the need for huge antennas and special target hardware. .

According to the Korean ET News, however, Samsung is ready to outbid its own rivals by teaming up with Iridium: in addition to the two-way message exchange, the Galaxy S23s may even be suitable for low-resolution image exchange. Of course, neither party will confirm the spy information, and there was no mention of whether the Iridium voice call function will be available once the data exchange is in place, or whether the satellite connection will be an option at all and whether it will incur extra costs. According to the source, Samsung has been working on the case for two years anyway, and has made significant progress with regard to the extra antennas built into the phone. It is perhaps no coincidence that Qualcomm has just now become the (allegedly) sole chip supplier of the S23 family: the American semiconductor giant is also involved in the satellite communication of smartphones.

This may not be the only new trick of the upcoming high-end Galaxy devices: the S23 Ultra can increase the maximum point white luminance from 1750 to 2200 nits in direct sunlight, reports SamMobile. In European, the panel outside can be amazingly bright. We would like to note here, however, that although in our S22 Ultra test at the end of winter, the panel was really well lit outside, in the warmer months we also experienced what many of our readers reported: the system reduced the brightness in response to direct sunlight, even to the point of being unreadable in hotter weather. Once again, we ask the manufacturers for chips with further increased performance to focus not on loud, record-breaking numbers, but on consistent and balanced operation. In European, the hardware should not get hot and some software should drastically reduce the clock signals, and the display should not go dark when intoxicated by a little early summer light. By the way, the S23 Ultra can come with E6 LTPO 3.0 Super AMOLED panel technology, 120 Hz image refresh and 2000 Hz PWM brightness control, as well as reinforced protective glass that can compete with the protection of the iPhone 14 mixed with sapphire crystal. New glass can also cover the lens collection on the back, equipped with a 200-megapixel main camera, allowing even more light to reach the optics.

Samsung Universe: We can really count on Galaxy Watch devices 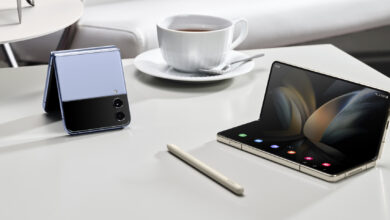 Demand for foldable devices in the corporate sector has doubled