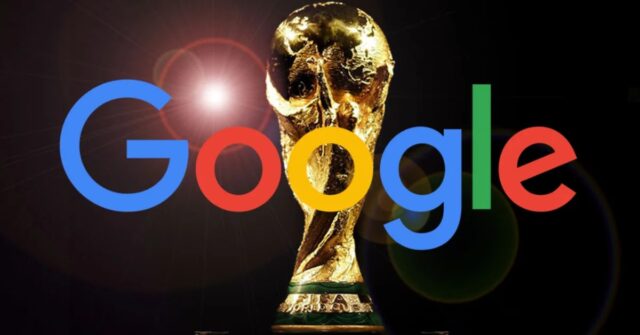 Google breaks a new record thanks to the final played between Argentina and France. (photo: Conmebol/Composition/Jose Arana)

The World Cup in Qatar 2022 ended. selection commanded by Lionel Messi was crowned as the best soccer team. The championship made history not only because of how emotional, controversial and surprising it was, but also because of the milestones reached in Internet. And it is that according to the executive director of Google, sundar pichaithe Qatar 2022 final generated the most traffic in the company’s 25-year history in browser search.

Surely, the 2022 World Cup final in Qatar is already considered by many to be the best in the history of the competition. But Argentina’s victory over France on penalties after drawing 2-2 in regular time and 3-3 in extra time not only kept millions of viewers heartbroken, it also got them hooked on Google.

The California-based company confirmed this new record, a fact that speaks of the enormous expectation that the game generated, especially when two of the great figures in the world of soccer were currently on the pitch: Kyllian Mbappe Y Lionel Messi.

Although Google has not yet published the exact figures of this milestone, Sundar Pichai has confirmed the information. “The search engine registered its highest traffic in 25 years during the World Cup final in Qatar, it was as if the whole world was looking for only one thing!”, Could be read in a tweet from the CEO. 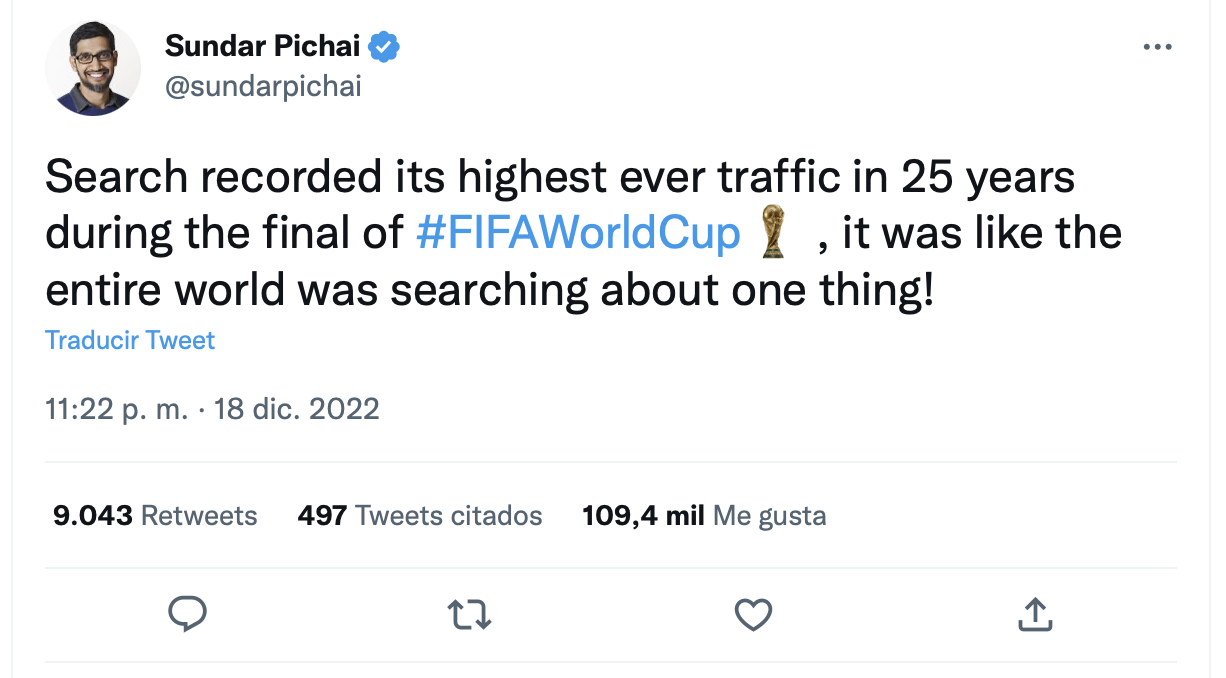 Users had Google tools dedicated to the World Cup

Apart from the fact that, as mentioned above, precise data on the total number of searches or visits is not available, the case should not come as a surprise to anyone. And it is that throughout the 29 days that the best teams in the world showed their potential on the field, Google had launched tools Specifically designed to make it easier to watch the Qatar World Cup in your browser.

The FIFA tournament had a dedicated section in the results page from the search engine. So if a person went to Google and typed in terms like “World Cup”, “World Cup” or “Qatar 2022″ or even “soccer”, the first thing that would appear was to follow the game and have quick access to videos, news and statistics.

And, as an extra piece of information: if at this moment the reader goes to Google and writes any of the terms mentioned, they will appear Fireworks that form the Argentina’s flag to celebrate the new world champion. 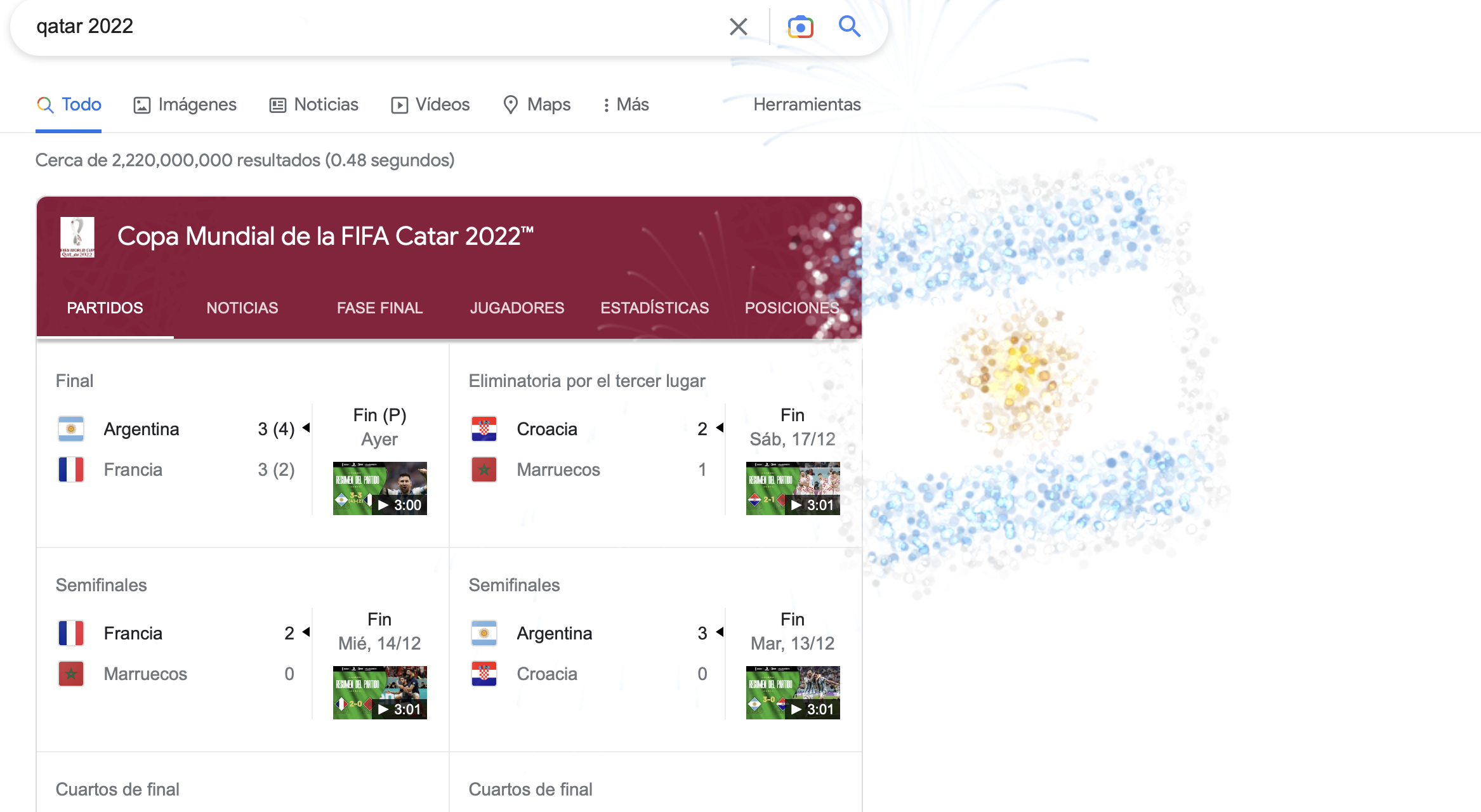 The fact that Google recorded its highest traffic during the World Cup final in Qatar goes hand in hand with the event’s viewership. According to FIFAthe match between Argentina Y France at the Lusail Stadium attracted 88,966 viewers. That figure ended the tournament with more than 3.4 million spectators, an average of 96.3% seats purchased across all stadiums over 64 games.

Refering to TV, the world’s highest soccer authority has yet to publish exact figures. However, according to unofficial data, more than a billion people watched the World Cup final. If confirmed, it is likely to significantly surpass Russia’s 2018 numbers, which drew more than 3.5 billion viewers.