Since robots based in AI to become artists, to artificial intelligence that creates any image you describe with just text, this field of technology it is rapidly evolving and more and more people are finding it useful.

This is the case of Nicholas Sherlock, a photographer who used AI DALL-E 2 to edit your images, and the results will make more than one think.

Nicholas Sherlock is a photographer from New Zealand who used the power of the DALL-E 2 to retouch images he lost. After taking a photo of a ladybug with a macro lens, he realized that the image was terribly blurry. So much so that the various parts of the little insect were completely blurred.

If it had been someone else, I would have given the photos as lost. However, Sherlock has come up with another plan: use the artificial intelligence DALL-E 2 to recover the details you lost. Here are the results: 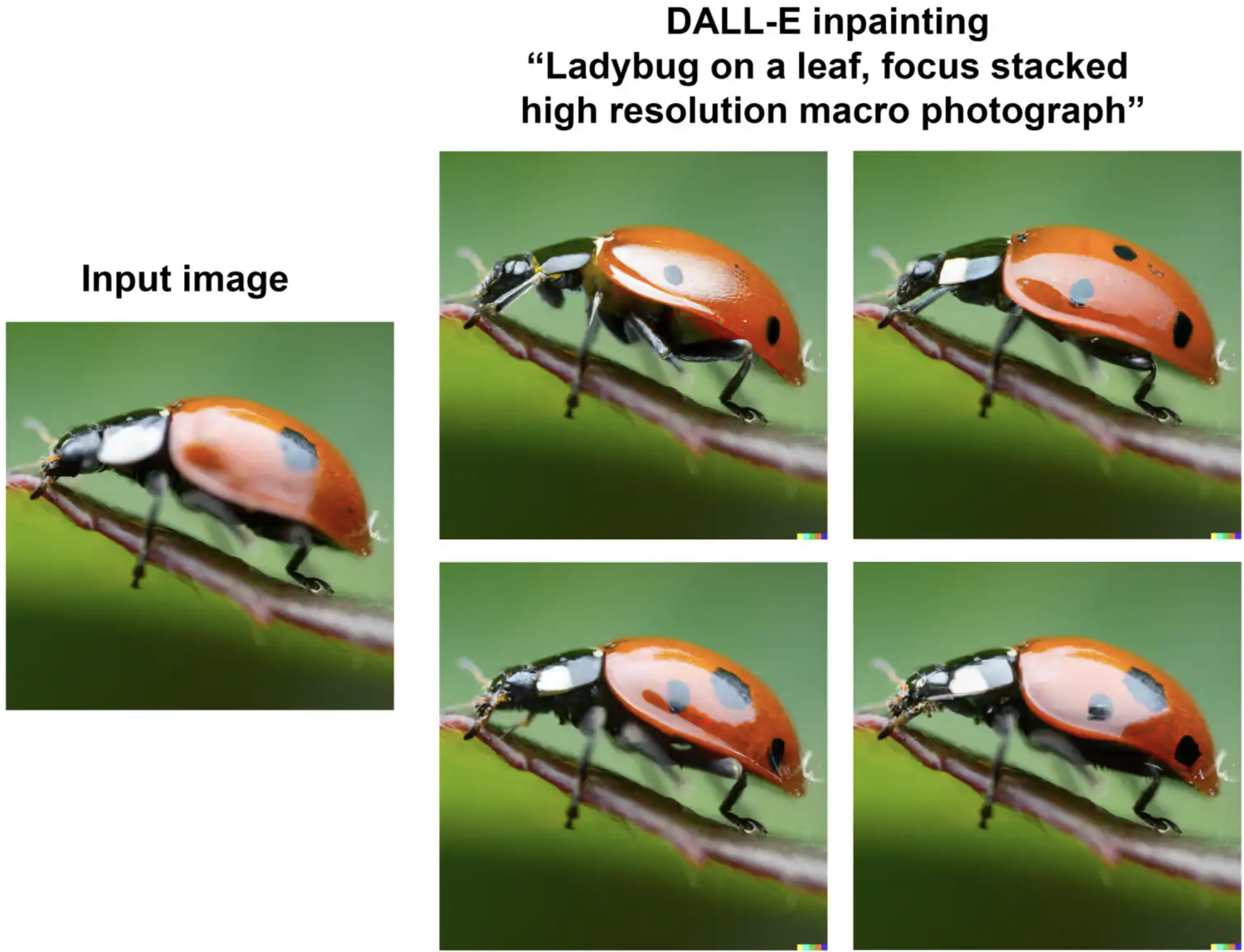 “It turns out that I can use the function of painting DALL-E to fix my out of focus photos,” comments Nicholas Sherlock on his Instagram account. Twitter. You can check the performance of artificial intelligence yourself when editing images.

A result that surprises more than one

But that is not all. Sherlock also uses other images in DALL-E 2, and thanks to the AI ​​he creates more variations of that same photo, using his own image as a reference. The results are extremely impressive and all within minutes of processing time.

And there is no other way to describe it: the results are very surprising. DALL-E 2 can not only fill in the blank spaces of the image. TIt also manages to perfectly mimic Nicholas’s style without adding too much flashy distortion, which are quite typical of this type of AI.

Of course, these kinds of things are not perfect. Proof of this is the DALL-E 2 artificial intelligence that decided to add points to the shell of the ladybug. Also, in the examples above, changes are seen in the stroma and head of the insect compared to the original reference.

In other respects, blurry details continue to be seen in the image as well, and in the second image you can see that the body of the insect is clearly generated by the food source of the computer. 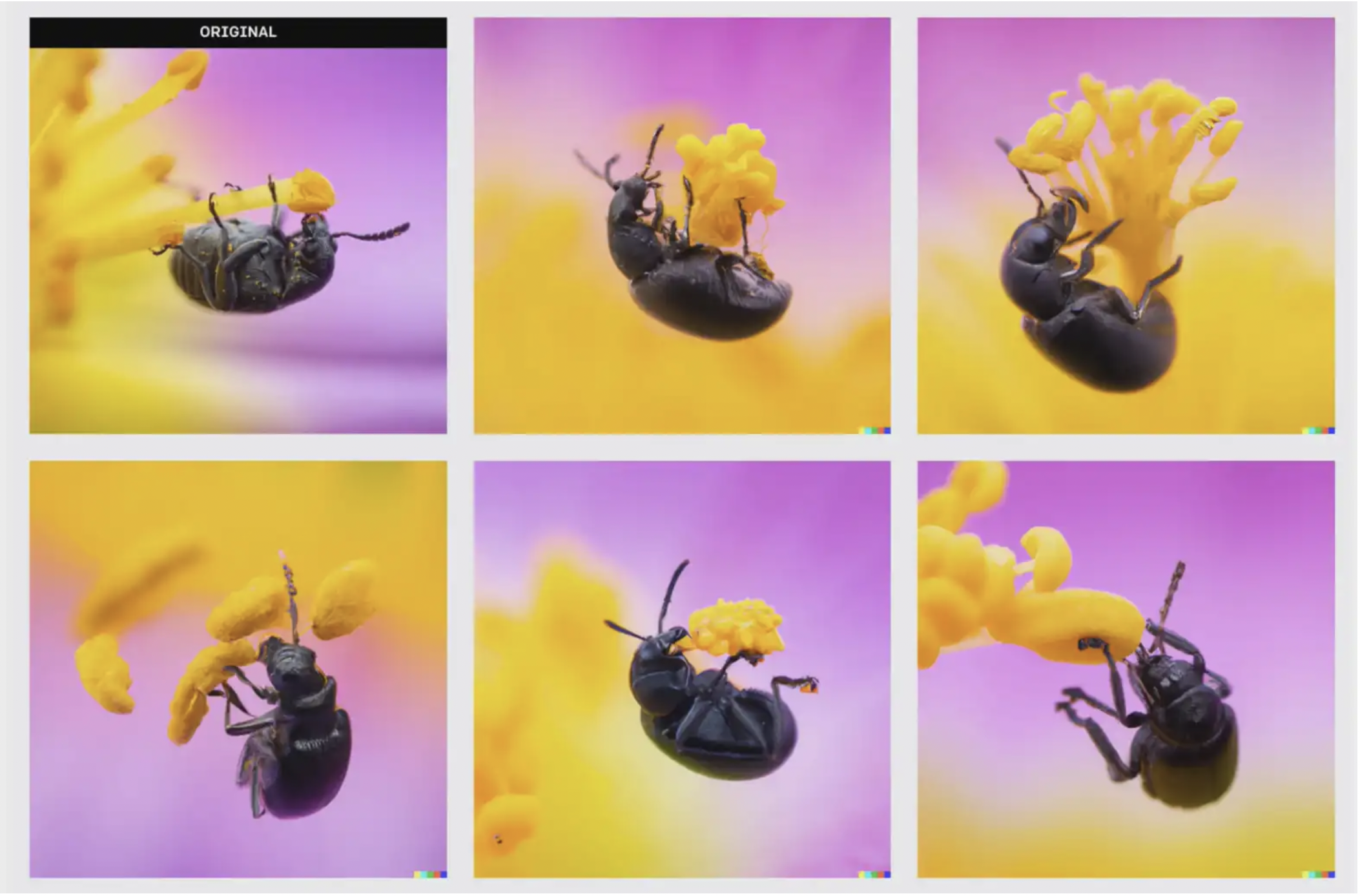 Image of Nicholas Sherlock, taken from the video by Micael Widell. (photo: Twitter)

Artificial intelligence, an ally of art

Micael Widell is a Swiss photographer who also has a channel of Youtube to share your knowledge. In one of his most recent videos, Widell shoots edited footage of Sherlock’s DALL-E 2 and creates a video where he talks about “The death of photography”, whose text is read in the thumbnail of the Products post.

Widell recently discovered the existence of DALL-E 2. In his video, he comments that after seeing the technology for the first time, he felt it would be something that could seriously threaten the future of photography as a hobby and profession. The foregoing contrasts with the irruption of the large cameras that are carried on a daily basis, linked to the mobile phones.

Widell argues that with the democratization of the camera through mobile, talent is needed to handle it properly. Nevertheless, artificial intelligence can deliver much higher quality results without additional equipment. All you need is to create a short text input.

After all, if recent proposals like DALL-E 2 or Midjourney have been able to produce amazing results, just imagine what they will be able to do in five years or a decade.

However, not everything has to do with the power of these technologies. What these companies want to offer the world, how limited they are and if they can offer different results without falling into a pattern also play an important role.

Of course, if these companies play their cards right, artificial intelligence could become the best ally of any creative in art.

La Mars returned to school after leaving high school in 2015: “Now I am a student”

The best memes left by LadyDEA, the woman who got angry in a bank