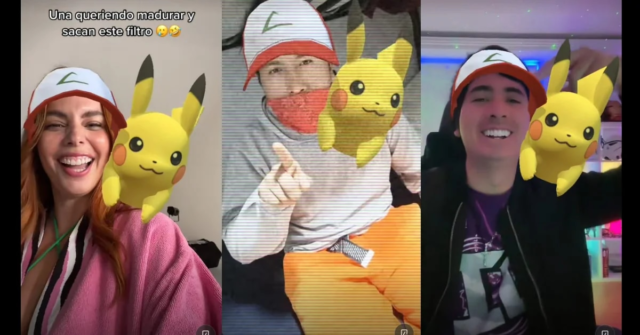 Pokemon is a franchise that has transcended generations and currently continues to set trends in social networks for different reasons, one of which is the filters that allow you to interact with Japanese friends.

have to Pikachu on the shoulder or entering a competition on the screen, are some of the options to show love for this saga that has been created for more than 25 years. 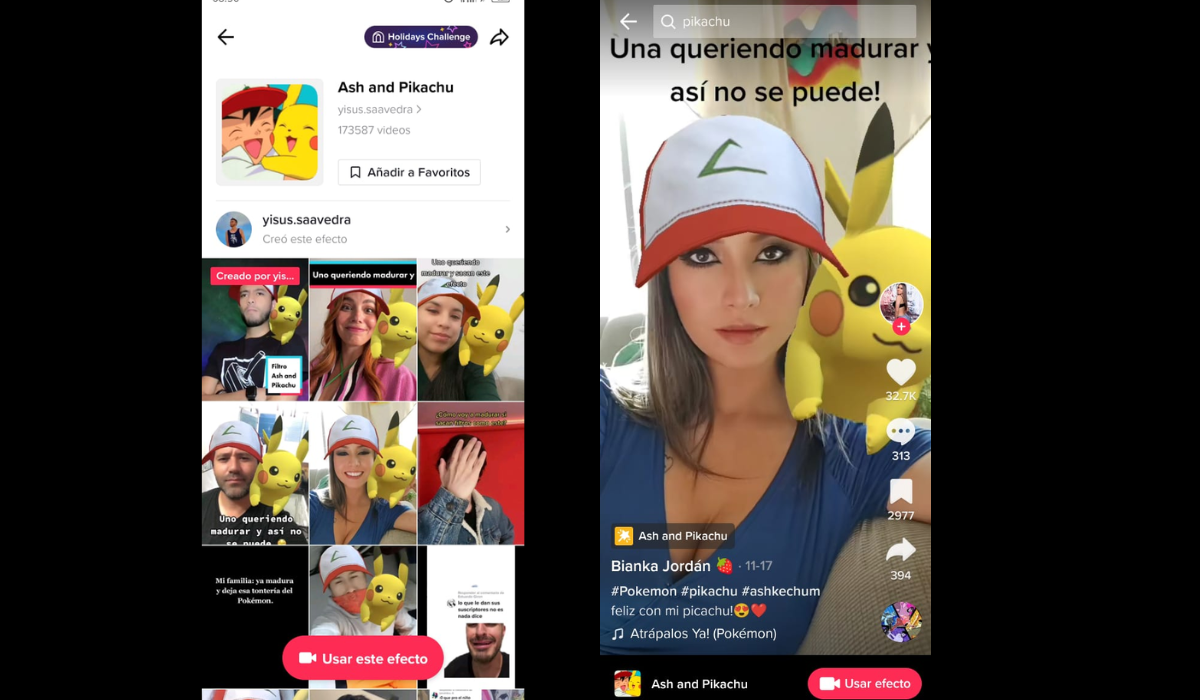 Currently, one of the trends in the social network is a filter that allows users to put on the traditional hat of Ashthe protagonist of the anime, and on his shoulder have Pikachuwho reacts to the movement of the person.

Content was created by yisusa user who is in charge of designing filters for the platform and this is one of the ones that has gone viral the most, having more than 170,000 videos using the effect called Ash and Pikachu.

But besides this, there are other viral options that can be found by creating a video, going to the effects section and searching for ‘Pokémon’. The first one that comes out, called the franchise, is one that has more than 15,000 videos and in it one of the creatures appears randomly on the user’s head.

A more interactive one is the one called TapTapGame Pokemon. This is a game in which you have to quickly click several times on the screen until you find all five squirtle In less than 15 seconds or the time that each one establishes to create the video, this water pokémon initially comes out, but the creatures change. This effect has more than 117 thousand videos.

Another viral option is the one that allows you to create a team. There is a filter with the pokémon of the first generation and another with those of the second, in both cases six creatures are randomly chosen to form a team, although the results would sometimes be very unbalanced for what can really be achieved in the videogame.

Finally, there are effects like the cosplaywhich adds a random design of ears of this pokemon in its different evolutions, also the Pokemon Types which gives the user the two types of creature it would be or those that cast a random number and some content creators use it to design creatures taking characteristics of the monster, based on their number. 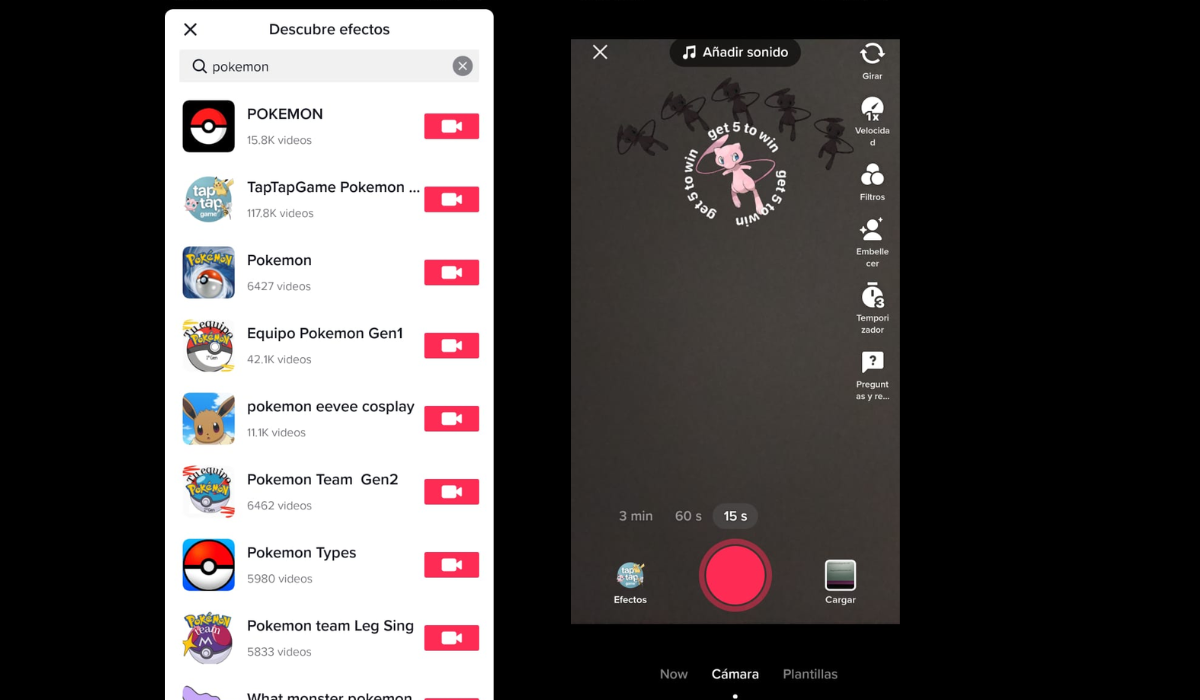 How to activate the narrator voice to play with a Pokémon

In the application, the implementation of a robot that converts text into audio to narrate the videos went viral.

This tool can be used on devices iOS and Android with the Pokémon filters.

This is the process to activate the voice:

1. Open the app TikTok in a device.

2. Click on the icon with the ‘+’ symbol. It’s at the bottom of the phone screen.

3. You will see the option to record video or upload one from the gallery.

4. Once you have the video, you can start editing.

5. To include a voiceover in the video, click on Text and then write the message.

6. For the text to be read with the TikTok voice, you will have to click on the text what you want to hear

7. Select option text to speech (Text-to-speech if you have the device in English).