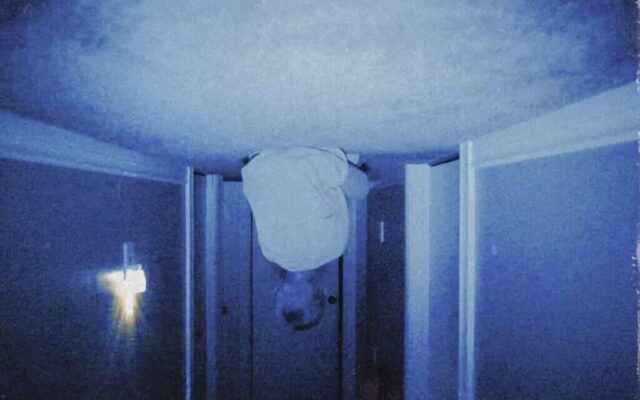 One thing is for sure: horror movie fans had a good year in 2022. That’s because a slew of films from cinema’s most feared genre arrived to brighten the screens of those who have a taste for the dark and the “weird”, shall we say. (I include myself in that, by the way).

As a good fan of hauntings, bizarreness and crazy narratives, I checked out most of the most talked about horror movies of 2022 and, luckily, I found great works. And they have something for every taste, from murderous clowns and curses to ghoulish houses and rituals.

And, of course, I couldn’t help but share with you what I thought was the best in the genre this year. Therefore, below, there is a super special list of the best horror movies I watched in 2022 (in no specific order, because I find it very difficult to make rankings).

The first movie on this bloody list is X: The Mark of Death. Launched in July this year, the work was produced by the renowned A24the company responsible for several very curious and interesting horror titles, such as Hereditary, The Witch and Midsommar.

X, however, does not rely on hauntings to cause goosebumps. The feature film, directed by Ti West, from House of the Devil and You Are Next, tells the story of a group of young filmmakers and artists who dream of moving up in life making adult films. The year is 1979 and everything seems to be going well for the troupe, until they decide to record a new film in an isolated rural area.

They rent a house on land from an elderly couple, who discover the group’s intentions. From there, the film turns into a chaotic bloodbath. A simple narrative, but very well produced and executed, with very uncomfortable scenes. It is worth checking!

A demonic and violent clown who chooses new targets to “play” and torment during Halloween. This is the plot of the Terrifier franchise and, consequently, of the second film in the saga, Terrifier 2. Created and directed by Damien Leone, the sequel manages to be even more gore and “dirty” than the first film, released in 2016.

For you to have an idea, the screening of the film in some theaters in the United States caused fainting and even vomiting in part of the public. And it’s no wonder, since one of the main pillars of the production consists of the extremely violent and graphic scenes created by the production team (which must have spent gallons and gallons of fake blood).

Furthermore, Terrifier has one of the most striking villains of recent times in works of terror: Art, the Clown. Its frightening look, added to the great acting of actor David Howard Thornton, bring to life a true nightmare in the form of a person. Or a clown. Or a demon. Or whatever Art is.

Now, the time has come to talk about a much more experimental film and different from the others on this list, however, equally scary. Skinamarink is a Canadian featurecreated and scripted by Kyle Edward Ball, a figure known on YouTube for creating shorts based on nightmares (well, you can tell where this story is going, right?)

Well, in Skinamarink, it seems that we are, in fact, in a grotesque nightmare. In the plot, two children wake up in the middle of the night and look for their parents. However, they realize that they are gone, as well as all the windows and doors in the house. That is, the brothers are trapped on the premises and have no idea what is going on.

As if this were not already terrible enough, little by little, young people realize that they are not alone, since there is a voice that talks to them and entices them to do “things”. And I’ll stop here so I don’t spoil the surprise.

Despite being slower paced and experimenting a lot, the film offers an experience you won’t soon forget.

2 – Marks of the Curse (Incantation)

It took me a while to sleep when I watched Marks of Doom. I confess. After all, I wasn’t expecting much from the movie and ended up being surprised. Is very. Conceived and directed by Kevin Co, the Taiwanese work is another experience that will certainly mess with your head.

The history of Marks of the Curse follows Ruo-Nan, who, on a trip with her friends, ends up unleashing a terrible curse. by breaking into a ritual sacred to an ancient goddess. From there, we are introduced to the consequences of this curse on the life of the protagonist and her daughter, Dodo, who also ends up suffering a lot.

The great strengths of the production are its provocations, which lead the audience to “participate” in the film and live it all with Ruo-Nan, and its non-linear narrative, which unfolds little by little in two different timelines to bring us the answers that we seek. A pleasant surprise for sure!

Finally, one of the best horror movies of 2022 is Brutal Nights🇧🇷 And it’s extremely difficult to talk about this feature without releasing spoilers, given its different plot twists and surprises. But here we go…

Barbarian, created and scripted by Zach Cregger (curious how, in horror, most films are written and directed by the same person, but that’s a topic for another time), is a crazy roller coaster that constantly goes up and down during its three acts . When we seem to have unraveled the narrative, she jokes with us and seems to say: “you thought I would be easy, didn’t you? Try again”.

The story brings the protagonist Tess, who rents a house through Airbnb, but, when she arrives, discovers that the place is already occupied by someone else: Keith, who would also have booked the residence, but through another application. Despite the stalemate, the two end up agreeing and sharing the house.

However, when Tess finds a secret and mysterious door in the basement, the broth starts to spill and, well, let’s just say that not even the most forewarned of the forewarned could guess what comes next. This is Brutal Nights. If I were you, I would watch as soon as possible!