The best Free Fire character combos that only cost gold

Free Fire character combos are an intriguing aspect of the game. For the uninitiated, players can utilize the abilities of multiple characters at once and gain a strategic advantage during a match. To do this, they must buy skill slots for a particular character using gold or diamonds.

However, players can only use the abilities they currently possess, and sometimes combinations may contain no more than one active ability. Recently, Garena has made various characters accessible for gold, which can be combined to create formidable formations. 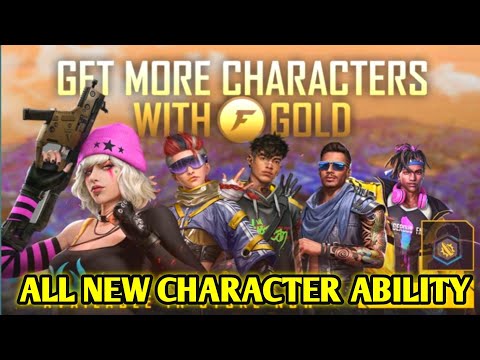 Clu has an active ability called “Trace steps”. When used, players will be able to locate enemies that are not in a prone or squat position within 50 yards. This lasts for 5 seconds and then a 75-second cooldown is applied. The locations are also shared with teammates.

As for Shirou’s ability, users hit by enemies in a range of 80 meters are tagged for 3 seconds. The initial hit of the shot on the marked enemy has 50% greater armor penetration. Consequently, a 25-second cooldown is applied.

With Falcon Fervor From Maro, damage from individuals to opponents increases with distance, up to 5%. Additionally, their damage to marked enemies is increased by 1%.

By last, Dasha reduces fall damage and recovery time by 30% and 60%. The character’s Partying On ability further reduces recoil accumulation and maximum recoil by 6%, respectively. These are considered as Free Fire character combos.

Xayne is best suited for aggressive players in Free fire. First, users gain temporary 80 HP, which is reduced over time. The ability lasts 10 seconds and comes with a 150 second cooldown, along with 40% more damage to Gloo Walls. A short distance, Xtreme Encounter provides an advantage.

Jota is used to heal, as its ability replenishes 10% of HP for users after each frag. Users also gain health after dealing damage with weapons.

On the other hand, D-Bee helps with increased precision and speed of movement when users shoot while moving. Accuracy benefit is 20% and movement speed is 5%.

With Jai, the need for ammunition will be reduced as the magazine of the weapon will be automatically increased by 30% once they take down an enemy. However, this is limited to a specific category of weapons.

A124’s ability, Thrill of Battle, you can effectively provide a source of hit points by converting EP to HP. Initially, players can convert 20 EP to HP in four seconds. However, users can only make these conversions every 10 seconds.

Miguel supports A124 very well, as with every death. The ability Crazy Slayer will earn 30 EPs on level one. So Miguel will get EP and A124 will transfer to HP.

Luqueta is also perfect for aggressive games. Hat Trick increases maximum HP of players by 10 to 50 for each kill. Having 250 HP throughout the game is a huge bonus.

Kelly can be used with almost all character combinations as movement speed increases. The team run will increase speed by 1% and then up to 6% at the first level.

Must Read: Free Fire settings for Android mobile to get more FPS