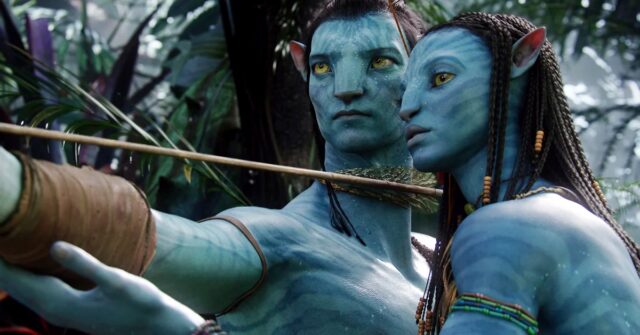 The best filters for social networks from the James Cameron movie.

Avatar: The Way of Water It was one of the most anticipated films of 2022, so its premiere has generated a lot of content such as the creation of filters for users to share images and videos as if they were production characters.

James Cameron created with his films a very defined style in the inhabitants of the planet Pandorawith a blue color on his skin, straight features on his face, and some dots on his face, as well as an elongated style like his body. 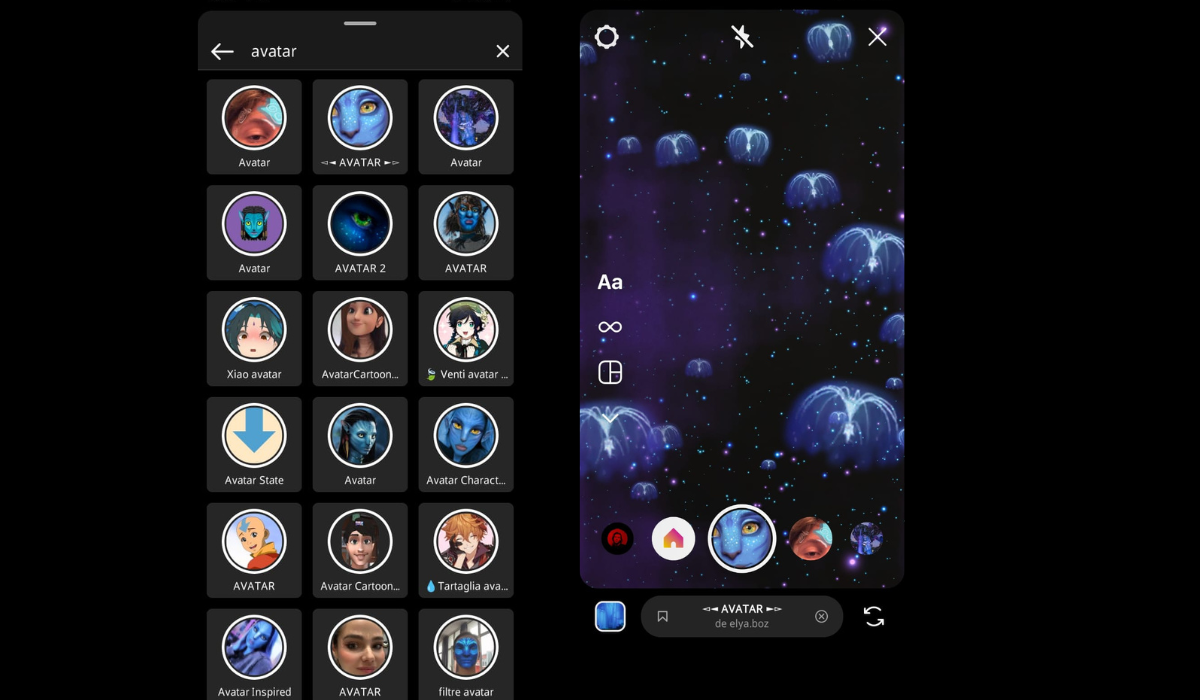 In instagram the filters are mainly focused on the stories, although some also take them to the Reels.

To find this content, you must swipe to the right to open the stories panel and there in the screenshot there are different options until you reach the end and find the ‘Explore effects’ option. In this part a search engine appears where you should put ‘Avatar’ so that all the available filter options appear.

Mainly, five calls appear Avatar or Avatar 2. They all work very similar. Using augmented reality, they modify the face of the person, changing the color to blue and adding parts of the design of these characters such as the points on the face, the green or yellow eyes and putting pointed ears.

In addition, some add a blue tone to the entire image or add characteristic elements of the film, such as the seeds that fall from the Mother Tree.

For all cases the filters can be used to take pictures or record videos. 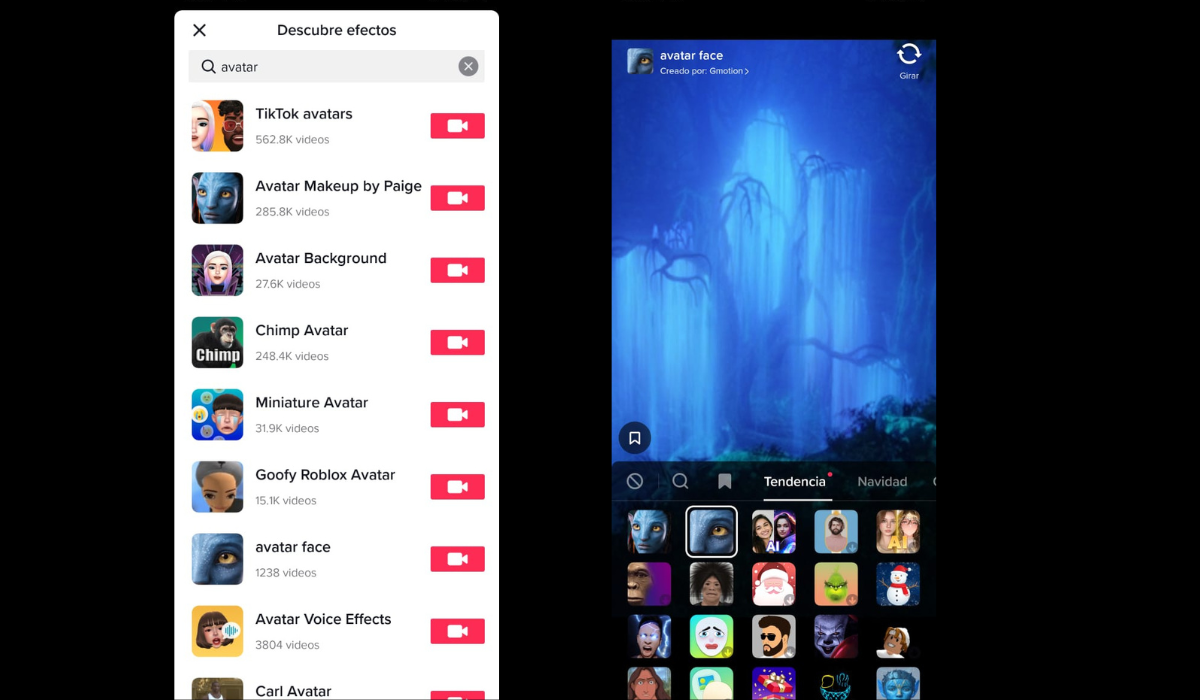 So are the filters of the movie on TikTok.

In TikTok the design styles are very similar, although the options are more scarce and the best effect is what is called Avatar Makeup by Paigebecause the changes it makes are of good quality and it also has more than 285,000 videos, so it has a significant reach to create content and view it.

Other filters barely have a thousand or less videos created and don’t reach the same level of detail to make the video feel in the environment of the movie.

To use the effects in the Chinese social network, you must go to the ‘+’ option, from where content is added. Then look at the bottom right for the Effects button and in the search engine write Avatar so that all the options are displayed.

Then it will only be enough to choose one of them and configure the duration of the video, the music, record and finally publish.

Besides, TikTok It has several audios from the original soundtrack of the movie to complement the video and help the content go viral.

Avatar It is not found in any streaming systems Disneydespite the fact that the company is the owner of 20th Century Studios, producer of the film. Which makes it difficult for the second part, released on December 15 in theaters, to jump to this platform.

If the purpose of cameron is to make this second part the highest-grossing feature film of all time, it is logical to think that it will seek to ensure that said production remains in theaters for as long as possible and does not immediately reach Star+ or Disney+.

Currently the company’s projects premiere on one of its platforms 45 days after being on the billboard, something that seems to not fit the recent feature film.