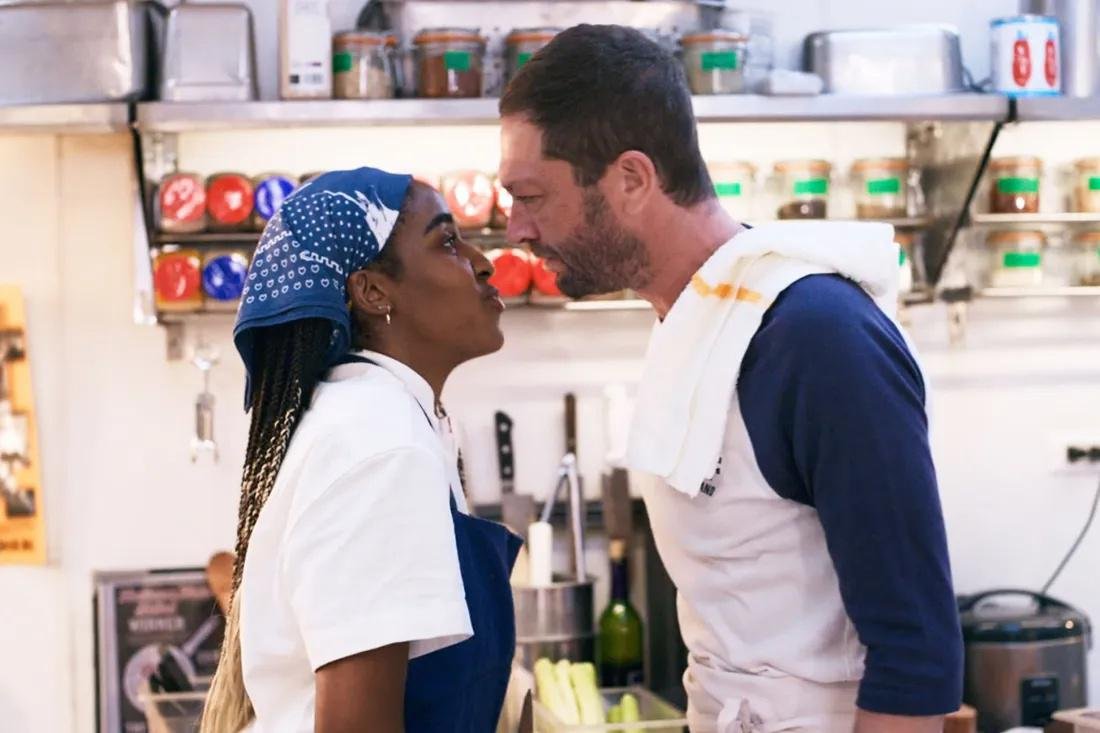 For a few years now, we’ve become addicted to cooking shows, MasterChef style and its many derivatives. But whoever watches a few episodes of a show of this type soon realizes that, there, food is more of a metaphor than an end in itself. The refined dishes, difficult to execute, and the frenetic scenario of professional kitchens are used to talk about values, collective principles, personal and family problems.

The series The bear🇧🇷 available on Star+, is no exception to this rule, but manages to take this theme one step further. The brilliant narrative created by producers Christopher Storer and Joanna Calo builds on a theme that is already widely used in fiction (the return of the prodigal son home) to discuss trauma, grief and inadequacy. All of this, of course, takes place at the breakneck pace of a family restaurant kitchen in tatters.

The chaotic premise of The Bear

The Story of The Bear revolves around Carmen “Carmy” Berzatto (played in a very inspired way by actor Jeremy Allan White, from Shameless, whose deep gaze and dark grimaces remind him a lot of Gene Wilder, the eternal interpreter of Willy Wonka in the 1971 film). He is one chef awarded, who commanded the kitchen of the best restaurant in the United States. However, when his brother, Michael, commits suicide, he inherits The Original Beef, the family restaurant, located in Chicago, his hometown.

Carmy then decides to leave behind her prestigious career (which, as we understand from the flashbacks, is also the cause of many traumas that he carries) to assume the “accursed inheritance” left by his brother. But he doesn’t just get a broken business: what he needs to command is an entire poorly executed system with several subjects added to it. And it being all a business of family (Italian identity – which is always expressed through screams – is one of the constant themes in The Bear), it makes it even harder to bring some order out of chaos.

In fact, Carmy gains a confused and grieving team. Richie (Ebon Moss-Bachrach, from girls), the “cousin” who was Michael’s best friend and partner, is such a stupid and dumb boss that he ends up getting in the way more than helping the business. The employees are attractions in their own right: Tina (Liza Colón-Zayas), the oldest employee, pretends not to speak English so as not to obey orders from younger bosses, and Marcus (Lionel Boyce), the team’s baker, has a spirit free and creative that doesn’t match the crazy pace of the kitchen.

Finally, the only acquisition to the team that is made by Carmy appears as a highlight: Sydney (Ayo Edebiri, from Big Mouth), the sous chef, is the right arm and a kind of alter ego of chef🇧🇷 In her very first scene, when she is hired, she asks why Carmy left her award-winning job to return to a failing restaurant. It is, therefore, the key question to understand the whole series. Sidney is presented as an element outside the family, and whose haute cuisine methods prove to be ineffective in a professional environment so contaminated by close relationships.

Mourning and trauma in The Bear

who attends The bear you soon realize: this is not a series to binge-watch. The saturated photography direction of the scenes and the frantic and stressful intensity of the thirty minutes of each of the eight episodes of the first season, simulating the chaotic routine of professional restaurants, can cause strong feelings of anxiety in those who follow the series.

Clearly, the intention is to lead the viewer to a feeling of constant tension – which translates not only into the professional aspect, but into what all the characters carry within themselves. The most obvious reading is that everyone there is mourning the traumatic loss of their brother and friend. But there is more that slowly comes to light.

Carmy, the star, departed from the family bosom through a path considered “natural” – it would be more than obvious that he would only have the option of becoming one of the greats. chefs of world cuisine instead of continuing to be linked to the family business. One of the possible consequences of this is the estrangement of the brothers Michael and Sugar (Abby Elliott), who holds grievances with her brother. Carmy obviously carries guilt for not spending more time with Michael.

Richie, on the other hand, who is clearly a prick with everyone around him, is also a guy hurt by the loss of his friend. His love for Michael prevents him from completely revolting against his younger brother who appears out of nowhere to take over his “destiny” – like the prodigal son, there is no way not to return home.

And if this is a story of mourning, we cannot deny that this premise is explored, very intelligently, in many ways. On the one hand, there is the obvious and tragic loss of Michael, which affects everyone. But there is also the (always somewhat traumatic) loss of an organizational culture, and the natural reaction of system participants is to fight change.

This is easily identifiable by anyone who has worked at a company for a reasonable amount of time, and has certainly seen the difficulties of changing something, even when things go wrong. That’s exactly what happens at The Original Beef. While Carmy and Sydney, the “studied”, the prodigies, try to apply in the restaurant something they learned in the best courses in the world, none of the team members is inclined to cooperate – even if they don’t even realize it.

Having said all that, it’s worth noting here: The bear it is not for all palates. Not by chance, it is the type of series that becomes more critically successful than audiences. It takes us, without much explanation, into the universe inhabited by a dark and silent protagonist, to whose inner life we ​​are not given direct access through words.

Is it bothersome and disturbing? Definitely yes. Is it comforting? Probably not. But there are some rewards for those who manage to go through this painful crossing with Carmy, being able to learn a thing or two about life.