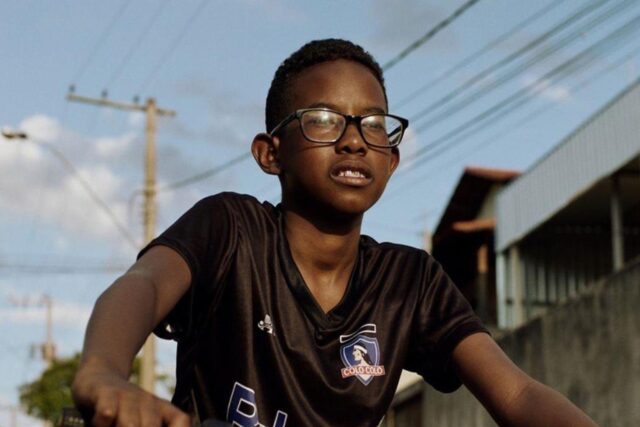 Brazilian films are getting better and better, not only in scripts, but also in productions and other cinematographic elements. As every end of the year it is common for us to look back and see what our best productions were, in 2022 things would not be different.

Below you will find some of our indications of best national movies released in 2022🇧🇷 By the way, leave your preferences on our social networks after checking our list.

In this drama that is one of the best national films of this year, we follow the story of a lower-middle class black family that lives in a large Brazilian city. They see their lives change after the inauguration of an extreme right-wing president.

In this scenario, every day of the family ends up changing. The mother, Tércia, starts looking at the world in a different way after an event that makes her question whether she is cursed, while Wellington, the father, places all his hopes on his son’s career.

The couple’s son is Deivinho, who decides to follow his father’s dream and put aside his desire to become an astrophysicist and colonize Mars. In this scenario we also have Eunice, the eldest daughter who falls in love with a young man with free ideals and begins to question whether it is time to leave home.

In yet another drama, we have the chance to follow the story of the protagonist who gives the film its name. Based on a true story, it narrates the saga of a mother who lives in the poor region of Maranhão and decides to go in search of her son after he decided to leave home to work and give the matriarch a better life, but he did not hear from her for months. .

However, the character’s wanderings reveal that her son may be in danger after discovering a farm where workers are recruited and jailed. With that in mind, the only way to know if your suspicions are true is to work in this place and witness all the barbarities that happen there.

With all this package, we can certainly say that we are facing a story that generates a lot of reflectionin addition to accompanying one of the best national films of 2022.

For animation fans, My Big Friend: The Movie tells the story of Yuri, Lili and Matt. The trio was preparing to live a special day, but they receive a bucket of cold water in that plan when they discover that they are going with their parents to a summer camp full of strangers.

However, they find a way to escape when they are about to embark on this excursion and end up ending up in a fantastic place where Duvi Dudum lives, a creature who wants all the Big Buddies all to himself. With the help of new acquaintances, they must do everything possible to escape and free everyone who has been imprisoned.

Another one of the best national films aimed at children. In Pluft: The Phantomwe follow the story of the ghost of the same name and her friend Maribel.

The otherworldly comrade’s world is turned upside down when Maribel is kidnapped by the pirate Perna de Pau. To save her, the protagonist must go through high adventures to complete his goal – and, of course, with many confusions along this journey.

In this mix of drama and suspense, we follow a story that takes place in a student republic and certainly places this as one of the best national films released this year due to its twists.

In this place, seven young people share their lives in search of fulfilling their dreams, but a party promises to change everything and put everyone who lives there in their most hidden rot, revealing many facets that they certainly didn’t know about each other.

What do you think of our selection? The best national films of 2022 have very different genres and styles. To learn more, keep following the My Series🇧🇷