Let’s start with the most important: this is the first iPad, with the camera placed in the middle of the longitudinal side, i.e. in a landscape orientation, in the frame surrounding the display. It is a 12 MP, 122-degree ultra-wide-angle camera with f/2.4 aperture, FHD video recording, and the spotlight function. The relocation of the camera well represents the complete redesign of the iPad, that is, its quasi-complete redesign, as we have known this form for years in the form of the iPad Pro, iPad Air, and iPad Mini.

The new iPad (10th generation) fits in with the others with its square shape. (source: Apple) [+]

Apple intends the basic iPad to be used in landscape orientation, and most of the product photos show the tablet in this way, for which a new Magic Keyboard keyboard has also been designed. For this, there is a smart connector at the bottom of the machine, just like the other machines. The 10.9-inch Liquid Retina display has IPS technology, a resolution of 2360 x 1640 pixels (264 ppi), supports True Tone technology and, according to Apple, has a brightness of 500 nits. There is also Apple Pencil support, but only for the first generation pencil, which charges via Lightning, but this iPad doesn’t have it, because it was replaced with a USB-C connector. 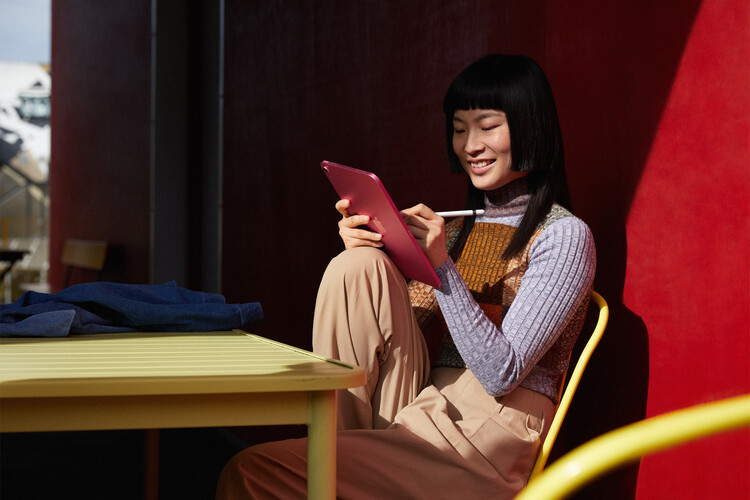 The first generation Apple Pencil is supported, which is a rather strange decision. (source: Apple) [+]

The connector also functions as a native DisplayPort output, through which the built-in 28.6 watt-hour battery can be charged with 20 watts. The connector is at the bottom of the housing, that is, if viewed in landscape orientation, it is on the side, on the shorter side. Available in silver, blue, pink and yellow, the new iPad measures 248.6 x 179.5 x 7 millimeters and weighs 477 grams for the Wi-Fi model and 481 grams for the Wi-Fi + Cellular model. Since the main button has been removed from the device, the Touch ID fingerprint sensor has been moved to the top button. 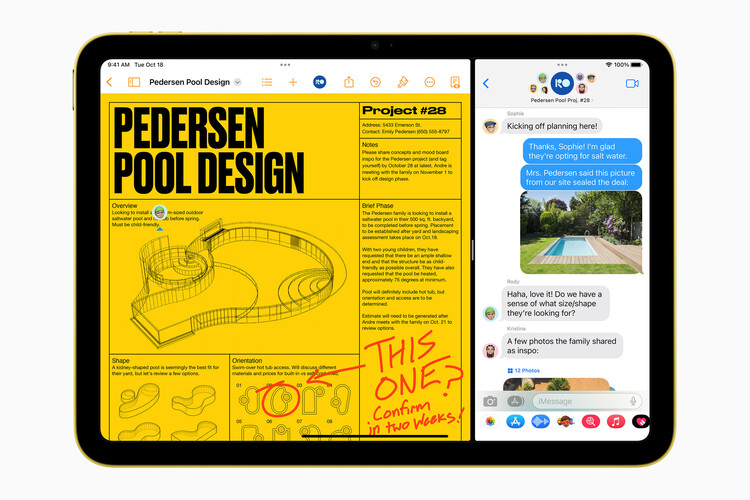 This is the first iPad that the company intends to use in landscape orientation. (source: Apple) [+]

Under the hood, Apple’s own A14 Bionic chip works with 6 CPU cores, 4 GPU cores and a 16-core NE. The tablet has a 12 MP camera on the back with f/1.8 aperture and up to 4K video recording capabilities. However, there is no LED flash, it is only the property of the iPad Pro. There is, however, a stereo speaker at last, in landscape orientation the basic iPad also speaks from both sides, just like the Air.

There is dual-band (2.4 and 5 GHz) Wi-Fi 6 (802.11ax), there is HT80 MIMO support, and Bluetooth has also changed to a newer version number, to 5.2. Cellular models now also support 5G networks, for which a physical nanoSIM must be inserted into the device or an eSIM must be registered, the latter being supported. On a Wi-Fi network, Apple promises ten hours of continuous web browsing or video playback, and nine hours on a mobile network. 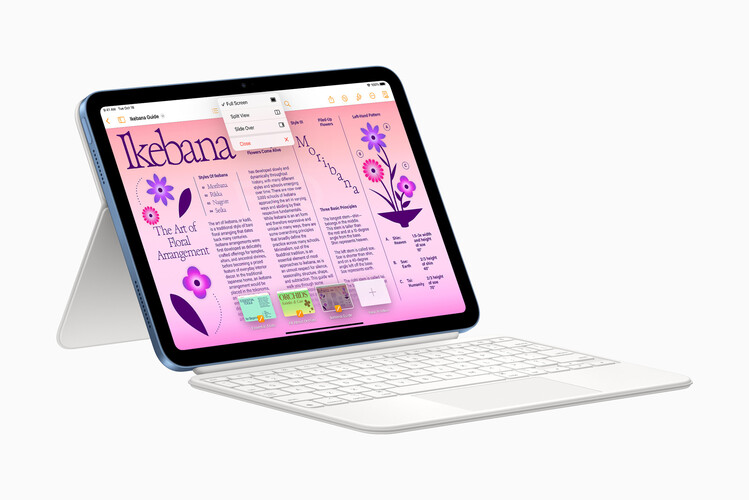 There is also a new Magic Keyboard Folio for the tenth generation iPad, of course the keyboard must be purchased separately. But the 20-watt wall adapter is at least a standard accessory for the tablet. (source: Apple) [+]

Loki: Production on the 2nd season of the series is finished; know more!