Since its premiere, the film terrifier 2 It’s making a name for itself among horror fans. After all, reports that some people were feeling sick in movie theaters took over the internet and made moviegoers even more curious to check out the saga of Art the Clown, played by David Howard Thornton.

With such a macabre and even disgusting story, one would expect the actor to have been inspired by equally sinister characters, right? That’s where you’re wrong!

The thing is, Thornton was actually inspired by some classic comedy movies. Mixing the comic elements and horror, he created what is now also considered a classic – but, of course, horror and not comedy!

Let’s find out what were the inspirations?

Terrifier 2: Art the Clown actor was inspired by comedies

In an interview with Alabama.com, David Howard Thornton stated that he used elements of classic comedy films to build the mannerisms, habits and customs of Art the Clown. He especially paid attention to characters who needed to communicate emotions without being able to say anything.

“I drew inspiration from a lot of horror villains and serial killers, of course, but I also took a lot from the iconic comedies. Chaplin, Rowan Atkinson (from Mr. bean) and Doug Jones were some of my biggest inspirations, as was the movie The Grinch. All these characters and actors were funny and had characteristic expressions, being able to communicate without even speaking a word,” he explained. 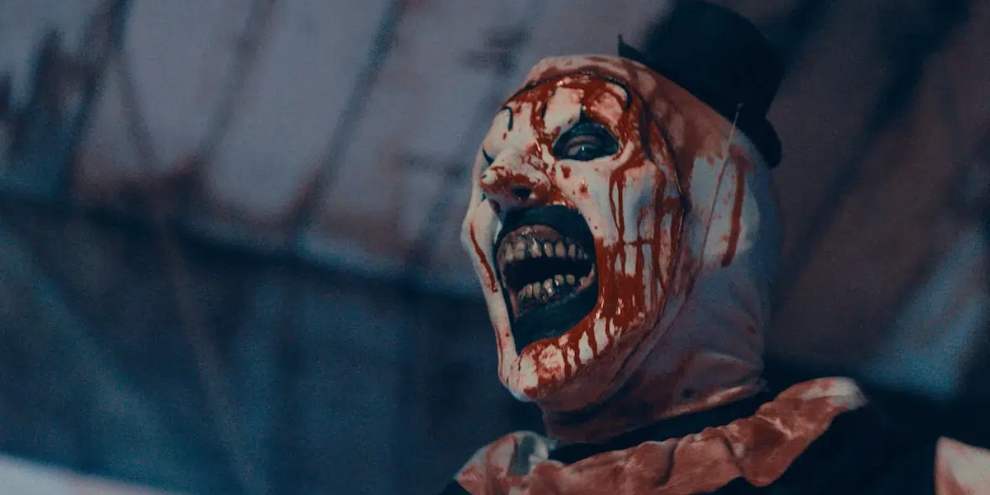 Gradually, Art was building in his mind and became the terrifying villain represented on movie screens. Currently, the film is showing in the main theaters of the United States, but it does not have a release date in Brazil.

Like to know more about terrifier 2? In order not to miss any details of what happens in the world of series, movies and anime, keep following the portal. Also, take the opportunity to share the article on social media!

The Lord of the Rings, Twilight and Top Gun return to cinema by the UCI Network