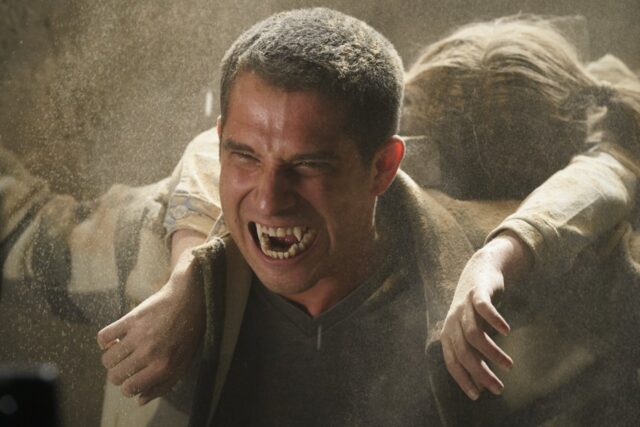 Launched in 2011, the series teen wolf marked the lives of many viewers throughout its six seasons, which were originally aired on the MTV channel. Therefore, when fans learned that the work would win a movie through streaming Paramount +, it was difficult to contain the animation and anxiety, since the narrative had not received news for 6 years, since it ended, in 2017.

Scheduled to debut next Thursday (26), Teen Wolf: The Movie reunites the series’ original cast for an all-new adventure. Returning to the plot are stars Tyler Posey, Tyler Hoechlin, Colton Haynes, Shelley Hennig, Crystal Reed, Holland Roden, Linden Ashby, JR Bourne, among others. All reprise their roles in the series created by Jeff Davis.

But the unanswered question is: the film teen wolf it’s good? It’s worth watching? Some international media critics have already had the chance to see the revival and put their opinions on the table.

So far, reactions have been mixed for the teen wolf. While some critics point out successes in the film, others say that not everything in the work is good, defining the feature as “pure fan service”. Check it out below!

“In the end, Teen Wolf: The Movie is just for fans of the original series, containing too much history – in terms of characters and mythology – for new viewers to really appreciate. But it’s unlikely to completely satisfy old fans either, even if it does.” it’s funny to see the Teen Wolf characters finally get to swear. Teen Wolf: The Movie is perhaps the best sequel Davis, Mulcahy and the rest of the cast could have hoped for, given what they had to work with, but it’s still a comeback disappointing for Beacon Hills”.

“Teen Wolf: The Movie is of the same caliber as the series it’s revisiting, a return that fans of the original work will be delighted with. […] Made with fans of the series in mind, but also built for those unfamiliar with the narrative, Teen Wolf: The Movie is pretty cool for anyone looking to return to Beacon Hills, serving as a solid continuation to the original show and leaving a door open. open to the future”.

“Overall, I like the movie for what it is. It was a little long, but it was cool to have another adventure with these beloved characters. I think the way it ended leaves the door open for more, and if this movie is a clue , I think it will happen [uma sequência]. Would love to see more of Scott and the gang. If you’re a fan of the series, you need to watch it. Even if it’s not, you might end up liking it. It had a lot of action, horror and funny lines. So if you’re up for something supernatural, it’s the perfect movie to catch up on this weekend.”

“I’m looking forward to seeing fan reactions to the film. Hopefully dedicated fans of the series absorb something. I, for one, won’t be watching the series after this – the concept just didn’t sell! prepare for this boring mess full of tired dialogue and cute werewolves”.

“Perhaps because of O’Brien’s absence, the years that passed, the rushed production or something like that, there was no chemistry in Teen Wolf: The Movie. starring actors we used to know […]”.

Selina Sondermann (The Up Coming)

“Make no mistake, Teen Wolf: The Movie is purely fan service. The title alone is misleading: instead of a movie, we’re dealing with a clichéd episode that ends up being three times as long. Without a ‘previously…’ , the viewer is thrown into the story and has to try to navigate through the characters and mysteries alone […]”.