The possibility that an artist performs at a children’s party can cause the joy of the celebrated or celebrated in question, since the prices are usually unaffordable for many families, imitators are often usedbut those who can afford it, will pay a singer.

On this day, a poster with the prices for the singer was spread on social networks. Tatiana interprets the traditional Mañanitas and split the cake at a birthday party, living with all the guests, so internet users they did not hesitate to point out the high cost of each show and both the memes and other reactions did not wait. 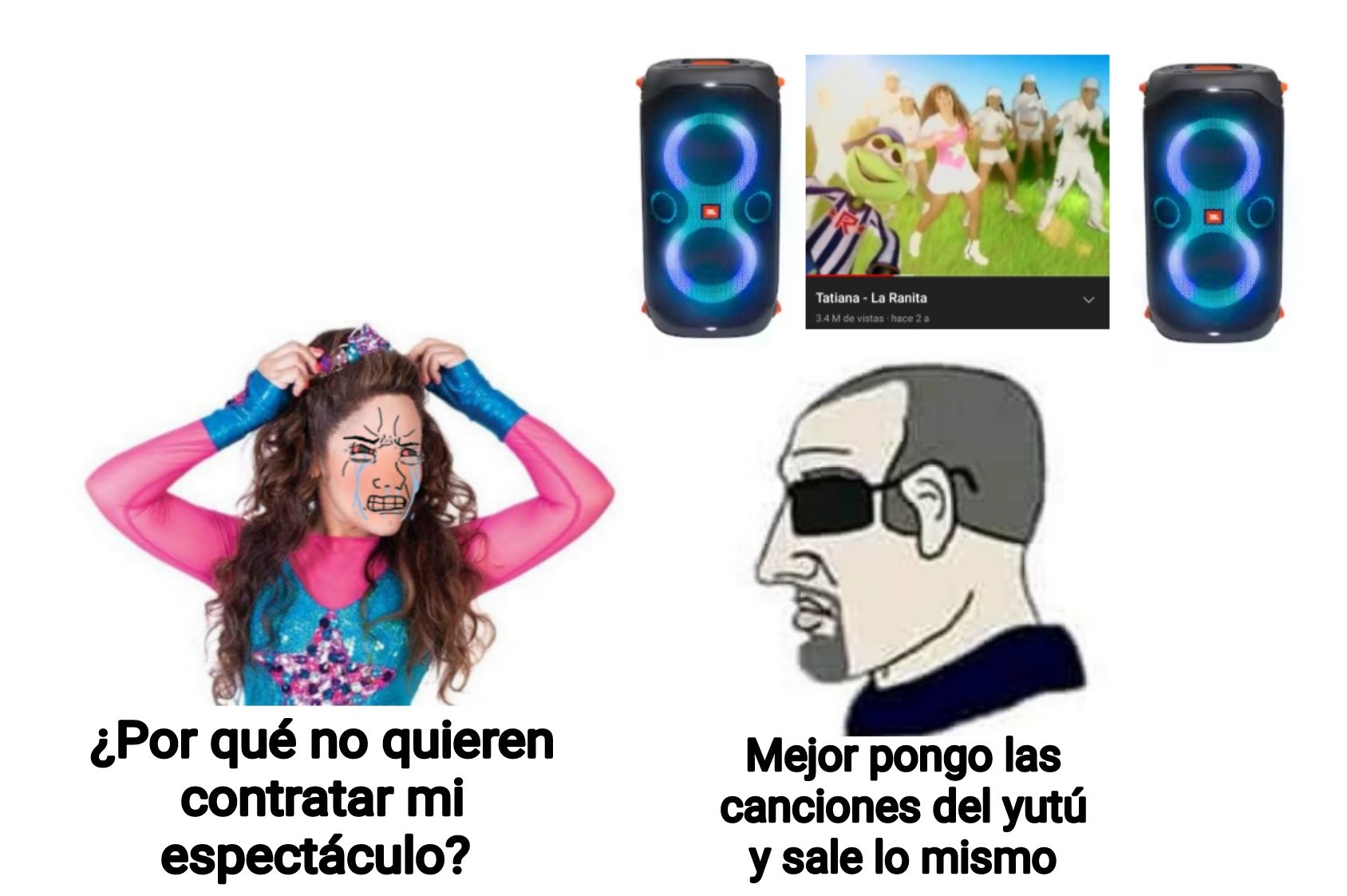 There was also a lot of speculation about the veracity of the prices, as some people described as crazy reach up to 200 thousand pesos while others considered that it was a false image. On the other hand, some netizens mentioned that they considered that the children’s singer was charging just enough to attend the celebrations. 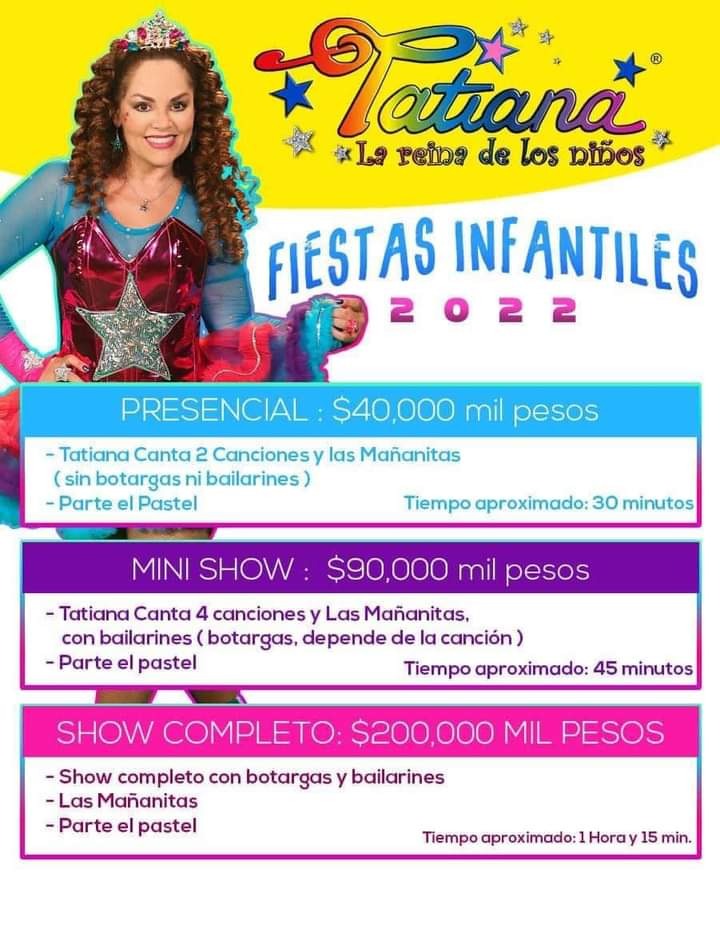 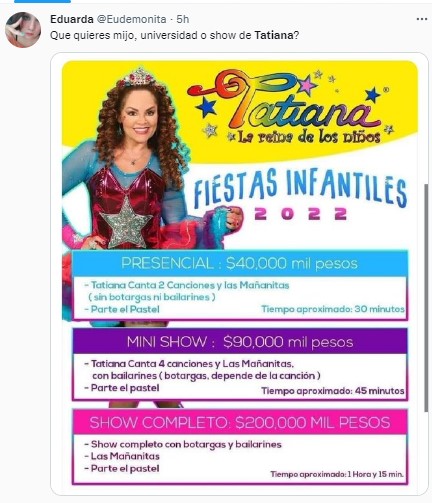 “How it is seen that they have no idea what the ‘artists’ charge Tatiana’s prices are between normal and cheap” and “I think that to be Tatiana then it’s fine, she has to travel, I say” were comments that could be read on Twitter, since the name of the singer quickly became a trend. 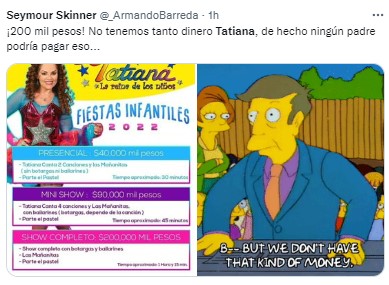 Last Wednesday, Tatiana’s official page on Facebook published the WhatsApp number where all reports about her presentations at private birthday events are handled, TechMarkup Mexico wrote to said account and verified that the viral costs are real, in addition to the fact that they can be raised according to the type of event and the place of the Mexican republic where the celebration will take place. 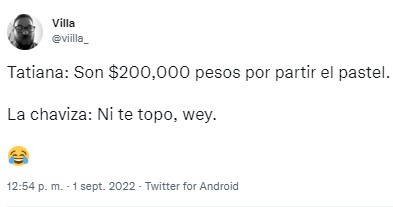 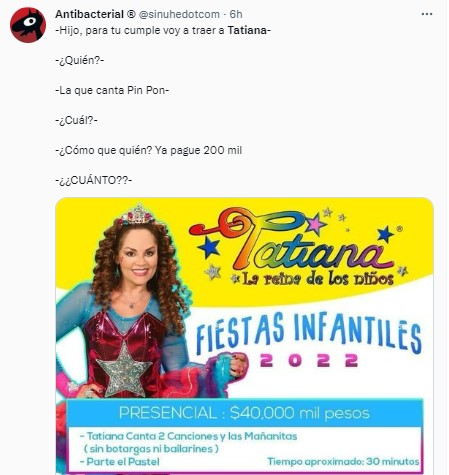 face-to-face with a cost of 40 thousand pesos:

-Tatiana sings 2 songs and the Mañanitas (without botargas or dancers)

-The approximate duration is 30 minutes

mini show with a cost of 90 thousand pesos

-The approximate duration is 45 minutes 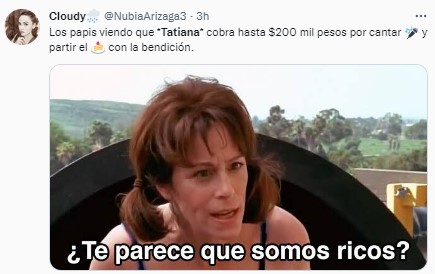 full show with a cost of 200 thousand pesos

-Full show with botargas and dancers

-The approximate duration is 1 hour and 15 minutes

Among the comments, the users ironized about the things that they could pay with the amount of between 40 and 200 thousand Mexican pesos, including university tuition. On the other hand, there were those who considered that the high costs could be “turned around” if more than one “face-to-face” show was hired. 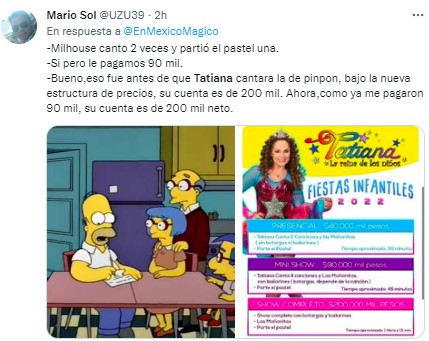 “Why stop there? For the price of the full Show you can pay 5 face-to-facesings 10 songs, part 5 cakes and lasts 2 and a half hours, yes, there would be no botargas or dancers, “said a Twitter user.

Among the memes, there were those who remembered the series The Simpson and even placed some fragments of various chapters. There was even an Internet user who began to organize a “cooperation” to hire Tatiana. 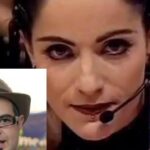 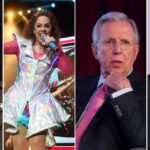 From Chabelo to Tatiana and Enrique Guzmán: what famous Mexicans were born in another country 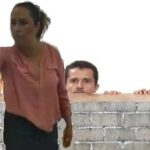 The best memes left by LadyDEA, the woman who got angry in a bank 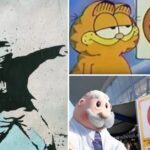 Why did the iPhone go back to having a “square design”?