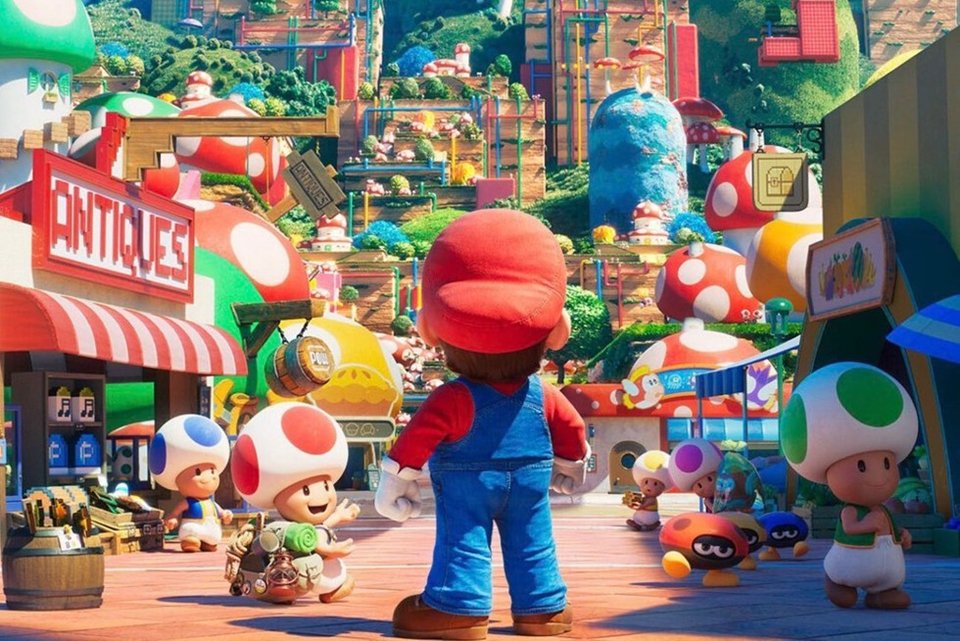 It’s safe to say that among the most anticipated films of 2023 is Super Mario Bros, a new bet for the franchise created by the company Nintendo, which already has other productions and several video games loved by fans. And, despite the scarce information about the animation, little by little, some news is appearing on the internet.

Now, animation studio Illumination, which is producing the animated feature, took to Twitter to update fans of the Italian plumber and shared a new poster for the work. In the image, we can see the iconic Princess Peach Castle, one of the scenarios most remembered by game players.

Some hints had already been given about the castle being one of the spaces portrayed in Super Mario Bros, however, nothing had been officially confirmed until the release of the trailer for the film, in which you can briefly see the location. The poster revealed by Illumination, however, features the interior of the castle, with more details of Princess Peach’s home.

In the released image, it is also possible to notice how the location has a design very similar to that of the game Super Mario 64, from 1996, which is much celebrated by fans. The product, incidentally, was the first in the Nintendo franchise to test a 3D approach and a semi-open world format, with a more developed story and other new features.

In that way, it would make a lot of sense for the new Mario movie to take a lot of inspiration from Super Mario 64🇧🇷 However, judging by the trailer and the images revealed, the work will have its own special touch, not just replicating elements of other famous titles in the franchise. For now, we just have to wait and see how Super Mario Bros. will amaze gamers and movie buffs alike!

In addition to these details, we already know that the film will feature Chris Pratt voicing the character Mario, Anya Taylor-Joy as Princess Peach, Charlie Day as Luigi, Jack Black as Bowser, Keegan-Michael Key as Toad, Seth Rogen as Donkey Kong and Fred Armisen as Cranky Kong