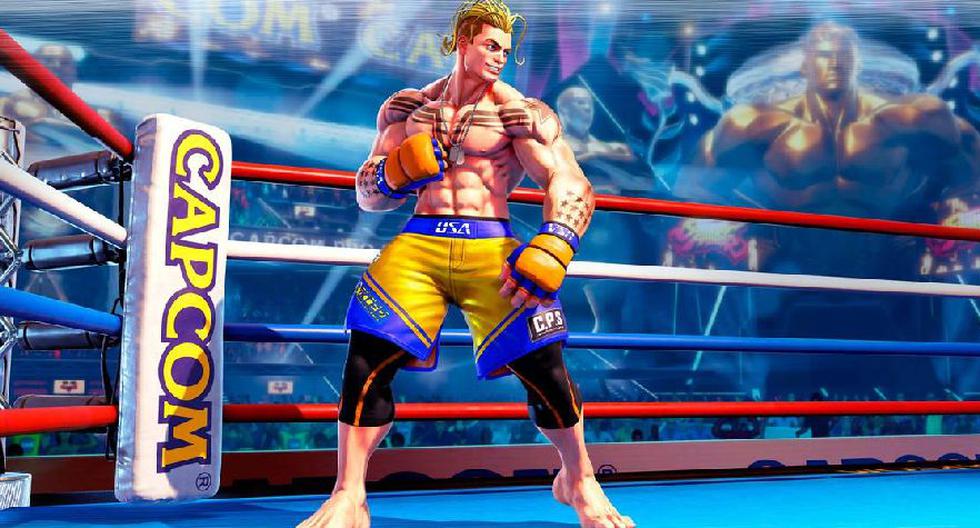 Luke came to Street Fighter 5 as the 45th and last character in the game. Luke arrives with a troubled backstory, as the dramatic events of his childhood have forged his path. Although this all-new character has a dark past, he has a bright future when it comes to his unique combat mechanics and importance in the world of Streetfighter.
In the recent Fall Update, A preview of Luke’s story was shown, as viewers were able to see the tragic event in which Luke and his father were involved. After that fateful day, Luke vowed to dedicate his life to becoming one of the best fighters in the world. As part of his training and a new discipline, Luke decides to enlist in the military, where he meets a famous fighter who helps him on his journey.

Fortnite Chapter 3: they filter that there will be a new type of animal in Season 1

Luke’s gameplay is highly focused on offense, and he excels at keeping pressure on his opponents to prepare for a variety of attacking opportunities. For instance, “Flash knuckles a very effective combo ending in which each hit button leads to a different attack that moves forward.

Luke’s ranged game comes in the form of a projectile called “Sandblaster”, Which allows him to fire energy from his hands and face opponents at medium and long-range. To complete his arsenal, Luke is armed with a system V-System only one that fills your V-Timer as it deals damage, rewarding an offensive playstyle.

Luke can be purchased with the Character Pass or with the Premium Pass Season 5. It can also be purchased separately for a suggested retail price of $ 5.99 or 100,000 Fight Money. Although Luke is the latest character to join the robust roster of Street Fighter 5, Capcom Pro Tour 2022 DLC, and a new Battle Balance tweak will be available in March 2022, and other character-specific fixes will be added as needed.

Free Fire: guide to get the UMP Booyah Day 2021 with free diamonds without hacks