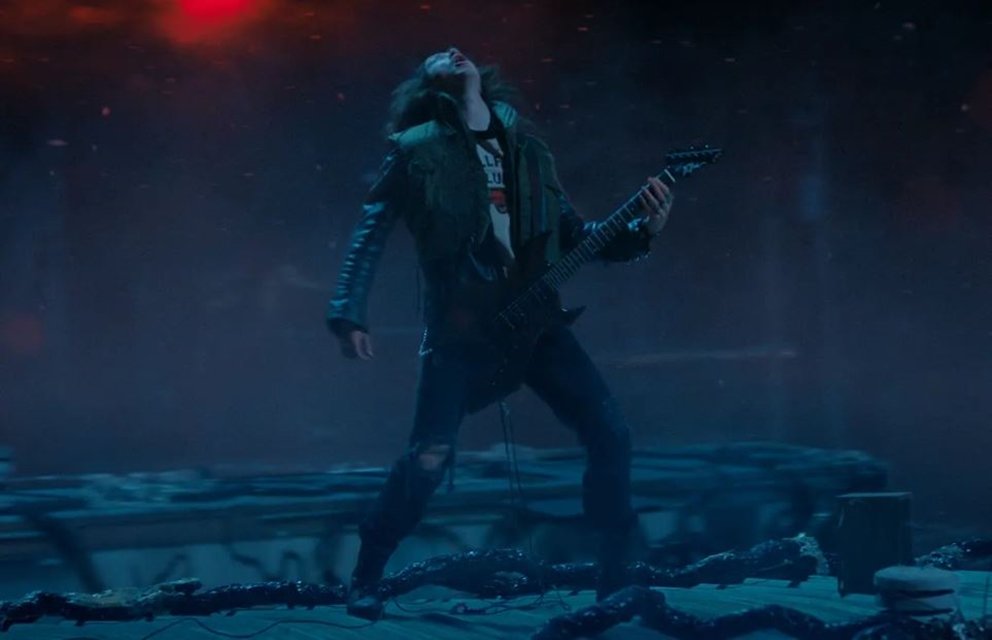 Among the most iconic scenes of Stranger Things, a Netflix series, will live for a long time in the imagination of fans. We are talking about the sequence in which the character Eddie Munson (Joseph Quinn) goes to the Inverted World, plugs his guitar and plays the song “Master of Puppets”, by Metallica.

The scene takes place in the season 4 finale of Stranger Things🇧🇷 In it, Eddie plays the metal band’s song in order to attract the flying creatures of the Inverted World to allow his friends to reach the lair of Vecna, the great villain of the series’ narrative.

Who spoke on the subject was the drummer and one of the founders of Metallica, Lars Ulrich. In an interview with broadcaster Howard Stern, the musician opened up about why the band allowed the use of Master of Puppets in the Netflix work, since it did not often give its songs to audiovisual productions. In fact, almost never.

“It used to be, with Metallica…we were always the ‘no’ guys. We did a 180. We said ‘you know what? This is stupid. Why are we latching onto these songs like they’re so important, like if they were crown jewels?’ We started saying ‘yes’ to everything. Let’s share our music with the world. It was a surprise to see how it became such a phenomenon. It was totally unexpected. Would we think these songs would still have an impact 40 years later? part of it,” said Ulrich.

In fact, not even Metallica’s drummer, much less the fans imagined that “Master of Puppets” would have such an overwhelming impact after so many years. When appearing in Stranger Things, the song immediately returned to the Billboard Top 100, ranking with the 100 most popular songs of the moment. The song peaked at number 35. That’s 36 years after its official release, in 1986, on the “Master of Puppets” album.

Not only that, the scene with rocker Eddie Munson went around the world and became one of the most remarkable of any series or film in 2022. Which just proves that the partnership between Metallica and Stranger Things It was really a great hit!