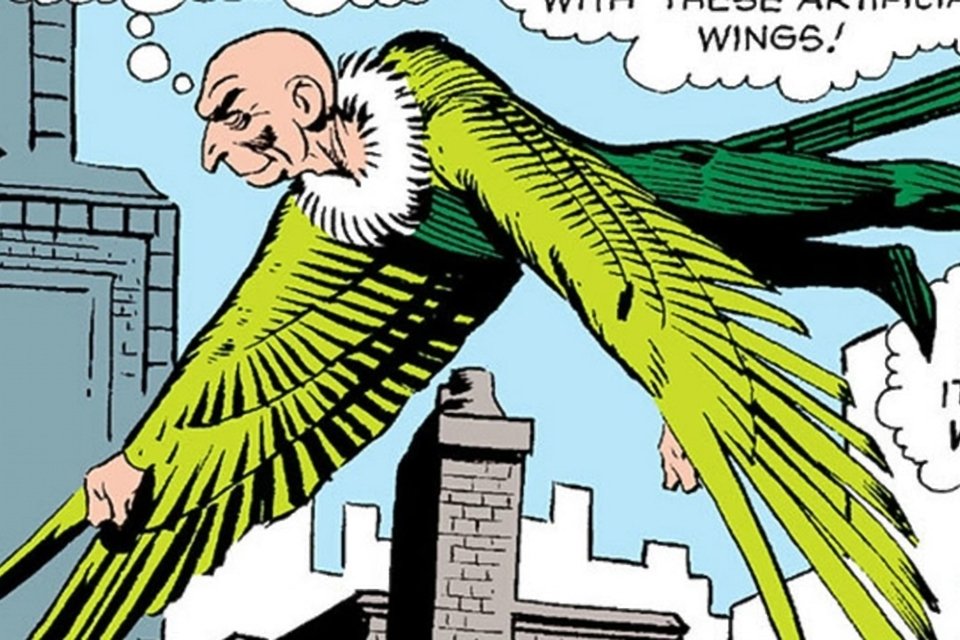 Spider-Man keeps flying high. The hero’s current films, with Tom Holland, are a real success, with several records broken in theaters. However, there are those who prefer the character’s first feature films, which were directed by Sam Raimi and had Tobey Maguire as the Friend of the Neighborhood.

However, to the sadness of many, this first series of films did not go ahead and had only three titles.

spiderman 4, however, was very well planned before being canceled by Sony. Proof of this are the details that, little by little, are beginning to appear on the internet about the cast and plot of the work. Now, for example, a behind-the-scenes image shows what the costume/armor of the villain Vulture, who would be played by John Malkovich, would look like.

Before Tobey & Sam were bid adieu by Sony, work actually had begun on SPIDER-MAN 4, and I visited friends who were working on the Vulture’s costume intended for actor John Malkovich. Once production shut down, all materials were turned in. I’ve sat on this for almost 15 years. pic.twitter.com/iY3VmzUrHI

The image, which piqued the curiosity of fans, was published by comic book writer and artist Ken Penders. Even though Malkovich isn’t wearing the costume, it’s possible to get a sense of what the villain would look like.

Vulture’s version in spiderman 4, including, would be different from the one already seen in the Marvel Cinematographic Universe (MCU), which was experienced by Michael Keaton. In the movie that didn’t happen, the character would be more violent and macabre, leaving only the bones of his victims behind. Which would have to do with the influence of horror that Raimi cultivated since the beginning of his career.

The Vulture’s armor/costume would also be more practical, without major special effects (only in necessary scenes). Something the director had already done with Doctor Octopus in spiderman 2, when he created real mechanical arms and used CGI only in the fight and action scenes. In contrast, the wings of the Vulture in Spider-Man: Homecoming are made completely of CGI.

Despite the clamor of the fans, it is very difficult for Raimi and Maguire to get together again to continue the story of the teioso. Especially now, with the resounding success of the new hero saga, led by Holland.

It would also be very complicated to reunite all the original cast, which is already older and involved in other projects. But since hope dies last, fans remain steadfast and dream of seeing the original trilogy continue. One day, will it?