Games
Sniper Elite 5 was announced during the ID @ Xbox stream, and is coming to Xbox Series X, PS5, Xbox One, PS4, and PC (via Steam, Epic Games Store, and Windows Store) in 2022.Advancement of the announcement of Sniper Elite 5 promises a simultaneous multiplatform launch and features the star crew of the American Rangers who are sent to Britain, France to weaken some fortified walls in a fairly standard mission in 1944. However, following the discovery of a Nazi project dubbed Operation Kraken, the protagonist Karl Fairburne will have to eliminate rival officers and anticipate the operation.

Free Fire: three tips to use AWM like a pro 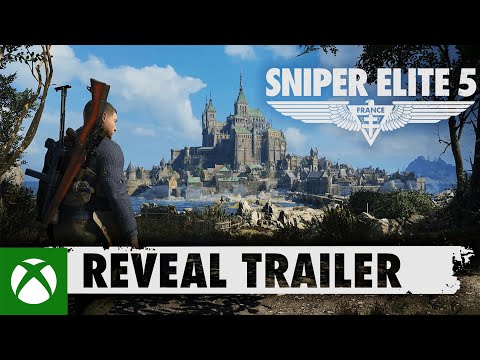 Developer Rebellion bet on real-world locations with Sniper Elite 5, promising “A living and immersive environment” enriched by photogrammetry (that is, digital environments recreated using real spaces as a template). There are also more ways to get around the sophisticated environments, such as zip lines, slides, and enhanced climbing. The company recognizes that players will have to tailor equipment to each area, from the sniper’s specifications and ammunition to the backup weapon and non-lethal options.

Cooperative play has also been expanded for this installment: players will be able to “Share ammunition and items, give orders and heal each other”. You can also ask for help in the middle of the mission so that another player appears. On the contrary, there is a PvP system that allows you to invade another player’s campaign to try and eliminate him as an Axis sniper. The multiplayer systems separate from Sniper Elite 5’s traditional multiplayer modes, one of which leaves 16 players in precision battles, with another pitting teams of four against waves of enemies.