[article_mb_code]
Sherlyn suffered an extortion attempt through an anonymous message that warned her about “compromising photos” that could be published (Photo: Instagram/@sherlyny)

Sherlyn explained how they tried blackmail her either to hack your account WhatsApp through a message that an unknown number sent him. In this they assured him that they had compromising photos of her that could come to light with the publication of a note.

Through her social networks, Sherlyn shared the message with which someone tried to blackmail her on WhatsApp. The actress commented that this type of situation has forced her not to expose her entire personal life online, because she fears people who try to do this type of thing against her.

“I no longer always tell them where I am at the moment I am because there are very ugly people out there in life that nothing else is seeing how the happiness of the other hinders him, how the brightness of the other gets in the way and causes pain in the belly and I got this message and I want to show it to them,” he said before sharing a screenshot. 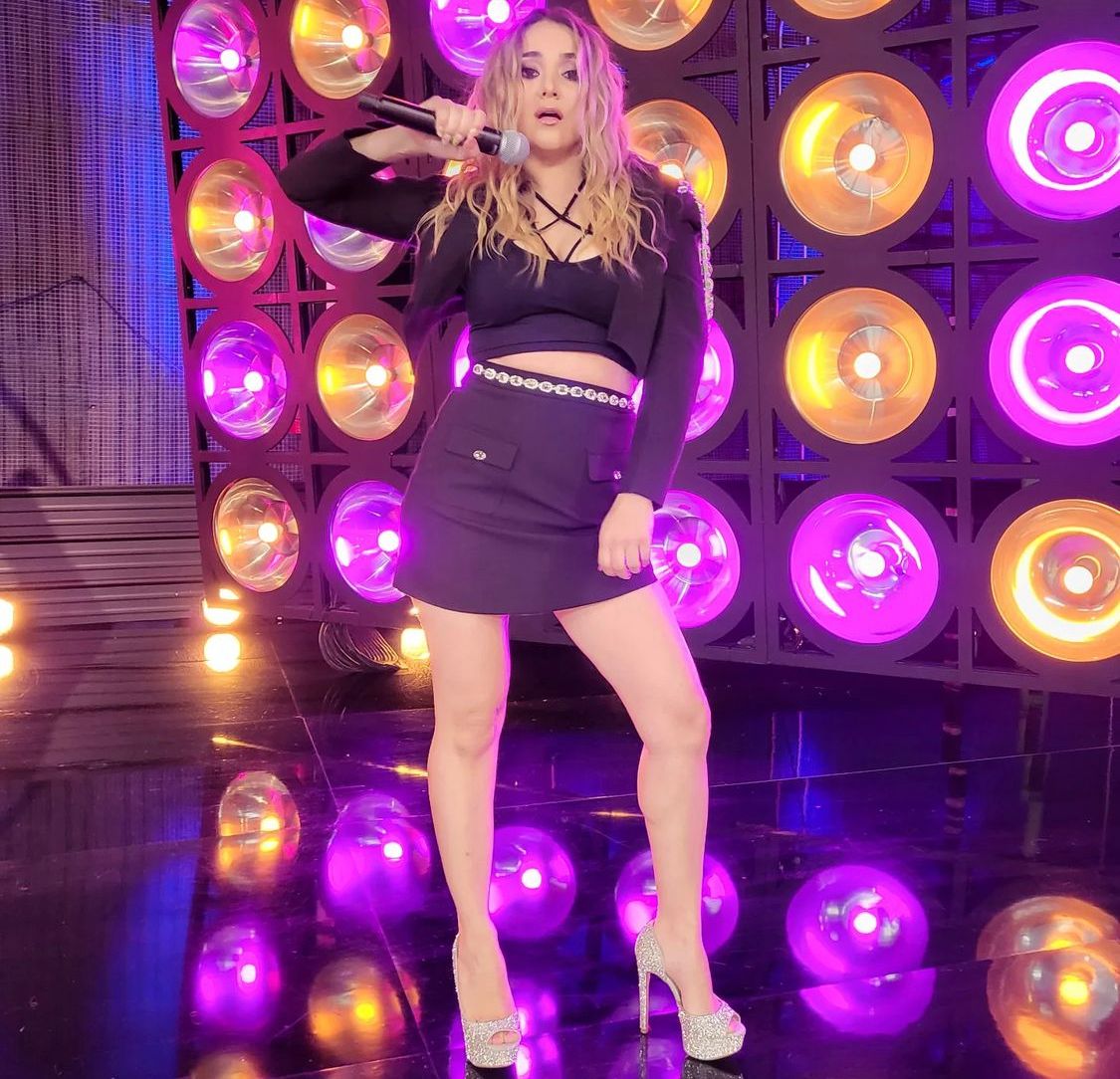 The singer shared her annoyance and commented that she does not even remember a compromising situation from which they have been able to take photos (Photo: Instagram/@sherlyny)

In the message it can be read that they asked her to open a link to check that there are supposedly compromising photos of her and what the text would be that would be published to bring them out to the public.

“I wanted to share with you that they’re going to take these notes of you and these compromising photos or at least I don’t think you have authorized the release of that type of content, ”says part of the message. In it you can also see two links to the supposed text and images.

The actress mentioned that, in addition to not entering any of the links, all her social networks have the necessary protection to prevent her from being hacked, but it still bothers her that they have tried to “blackmail” her in this way. 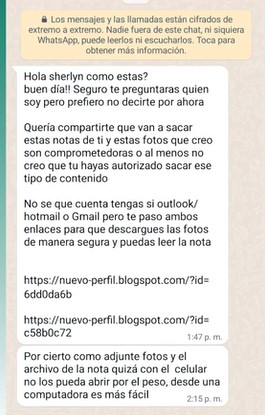 This would have been the message that reached the actress (Photo: screenshot/Instagram)

“Obviously I didn’t bite anything and fortunately I have all my accounts with double verification, with authentication codes, etcetera, etcetera. But I can’t believe there are people so unhappy. Hey, get to work, dignify, it’s very beautiful, it feels great to have achievements, to strive with something “

Sherlyn added that what concerned her was that some of her friends got the same messageTherefore, he decided to take action in this regard and would have reported this situation to the cyber police.

“My surprise was that, speaking with several friends, they sent them the same message. How are our phones? I have no idea, but hey, we are already taking the necessary measures because fortunately there are already cyber police, there are many laws that protect us you just have to know them”, he commented.

These messages have not been the only problem that Sherlyn has faced in recent months, since last June a designer accused her of allegedly having stolen more than 15 thousand pesos in clothes.

Alina Moreno assured before the press that the protagonist of Elisa before the end of the world had borrowed several designer clothes from her for a project she was doing with Univision, but he would not have returned the clothes. Because of this, she warned him that if she did not see her wardrobe again in her store, he would report her to the authorities.

However, later it was revealed that the actress paid off his debt paying the clothes to the designer.

Google Fi may appear on a smartwatch for the first time