Android 13-based One UI 5 was released for Samsung Galaxy S22 phones on October 24, two months and ten days after Google made the new system version available for its own Pixel devices. Since then, Samsung has released the new version for a bunch of devices from the past three years, including high-end phones, foldables, tablets and mid-range devices. If we look at the fact that Google launches three phones a year, and Samsung releases much more than that, the pace and plan of the South Korean manufacturer can be said to be particularly good.

The Android 13 update also arrived for the Galaxy S22 and the new XCover phone when we had the device for testing. [+]

The One UI 5 version update is the fastest from Samsung so far, but next year the Korean giant wants to dictate an even better pace. The company’s goal is that in the future, as many devices as possible will receive the new main versions at the same time, and that there will be no shifts that can be measured in days or weeks between the current models and the models from a year ago. Samsung would update the major versions of One UI in a similar way to how iOS also changes major versions every year. At the same time, it is good to keep in mind that this is not an official update strategy, but in light of the way the South Korean company has prioritized software support in recent years and moved from one of the last places to the first in terms of security and major version updates, they can look with confidence users of Samsung devices into the future. 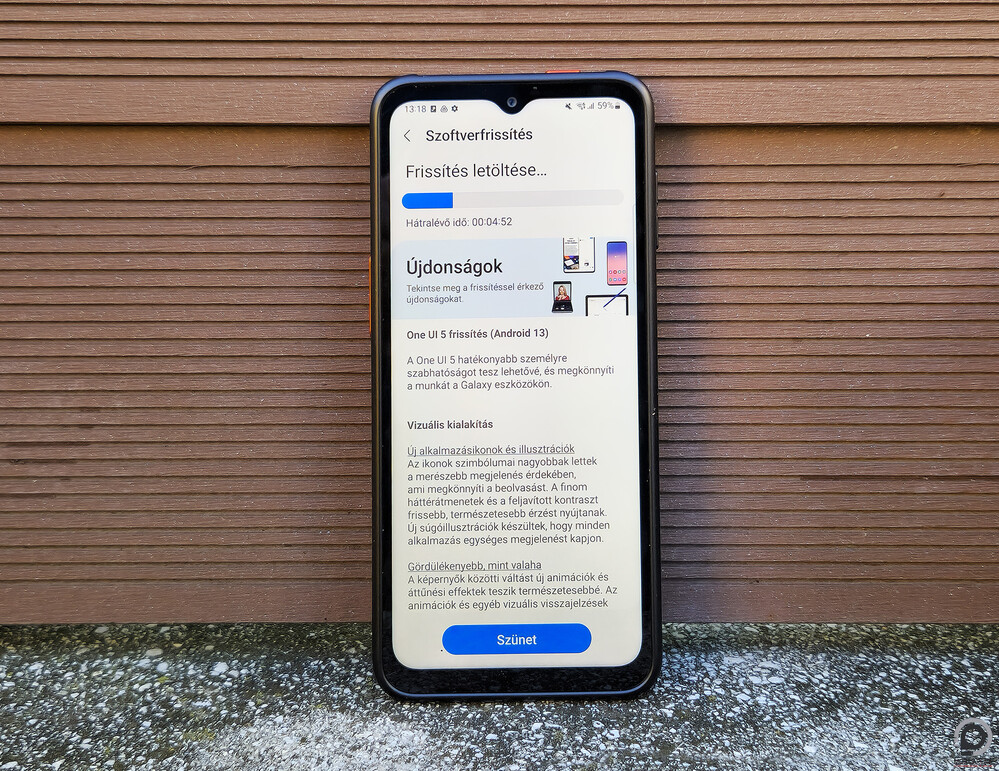 Meanwhile, the One UI 5 update will start for the Galaxy Z Fold3 and Z Flip3 that were part of the beta program, the Galaxy S20s and Note20s will be updated to the new system this month, the S20FE already he got it, and the Android 13 package will be available for the Z Fold2, Galaxy A52s 5G and Galaxy A32 before the end of the year, sometime in December.

Apple's upcoming 3-nanometer chip will be manufactured in Arizona