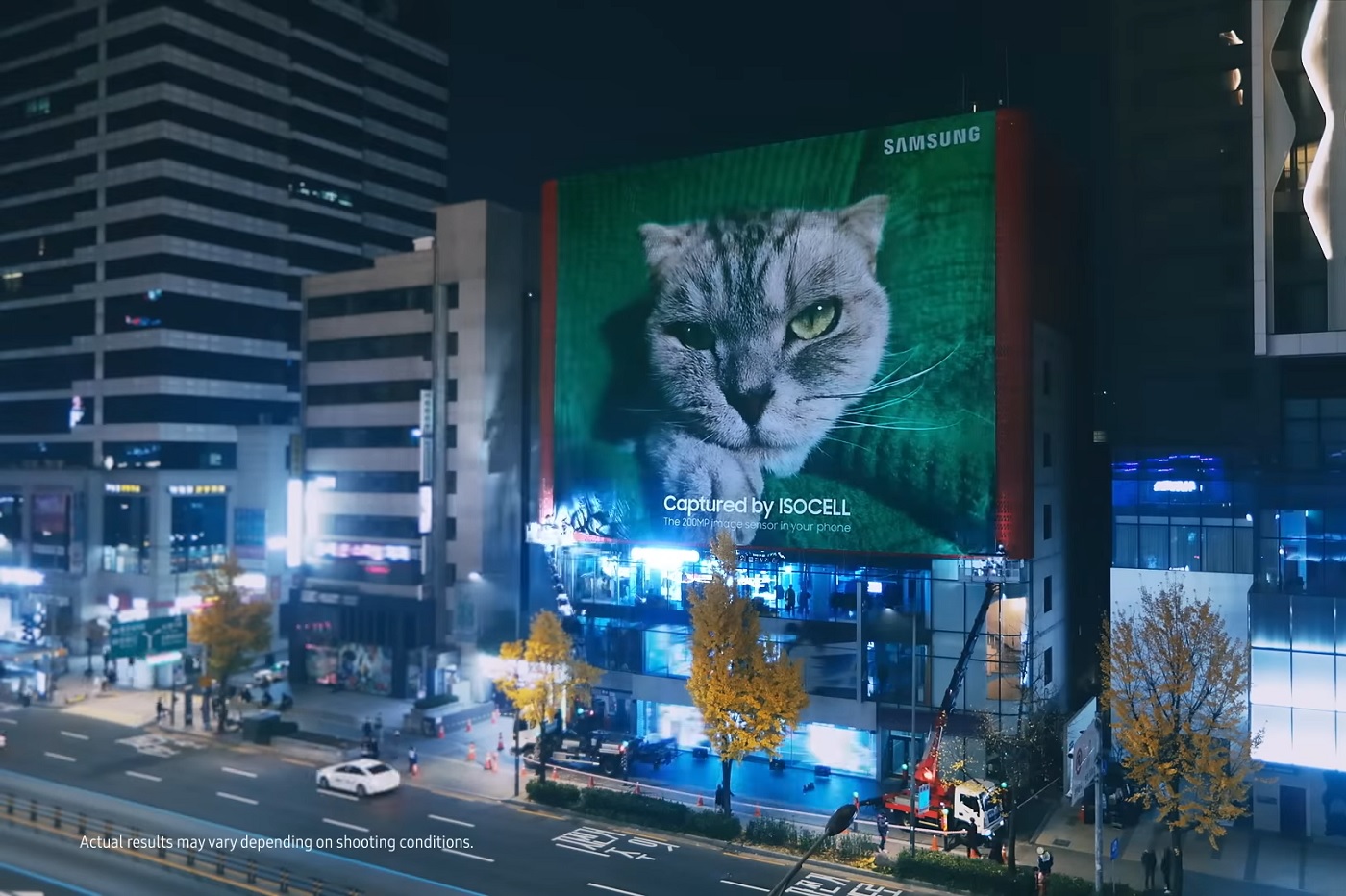 This sensor is not yet available on any smartphone. But as part of an advertising campaign, the Korean giant wanted to show what the component will be capable of.

As you can see in the video below, Samsung installed the sensor on a board for testing and then photographed a cat in 200-megapixel mode. Then, the image was printed in order to highlight the details captured. The printed photograph is 28 meters wide, and 22 meters high, almost half the size of a basketball court.

Changwan Kim, project manager of the Global Marcom team in the Device Solutions division at Samsung Electronics, explains that the Korean giant wanted to test the limits of this 200-megapixel sensor as well as the original image quality.

However, according to Samsung, performing this operation with a sensor still under development and which has not yet been fully optimized was not an easy task. The engineers even adapted a DSLR lens so that it could attach to the sensor.

“Ultimately, we felt it was more important to capture the scene in the same conditions as smartphone users”however, said Kaeul Lee of the Sensor Solutions team. “For this reason, we opted for a smartphone camera module without any other help. The results were very satisfactory. »

“The ultimate benefit of the 200MP image sensor is to allow users to capture an image that can be zoomed and cropped without compromising image quality”he also explained.

Soon on a Motorola smartphone?

Samsung’s 200-megapixel sensor, the ISOCELL HP1, was made official in September 2021. This has two main interests. When the light is good, the 200 megapixels allow you to take ultra detailed photos.

But when the light is poor, this sensor makes it possible to take clearer images by combining adjacent pixels. The sensor can take 12.5 megapixel images by generating 2.56μm pixels which were created by merging 16 adjacent pixels (smaller in size). The technique, which Samsung is already used to, is called pixel bining.

“Based on Samsung’s most advanced 0.64m pixels, the ISOCELL HP1 brings such ultra-high resolution in a small package that fits comfortably into today’s portable devices”had explained the company during the formalization of the sensor.

But for the moment, as mentioned above, the ISOCELL HP1 is not yet available on any smartphone. Rumors suggest that an upcoming smartphone from Motorola could use this sensor. It is also possible that Samsung will equip one of its high-end devices from 2023 with this sensor.