Just because it is registered as a patent, it is not even close to certain that it will ever be on the market. Now that we’ve cleared that up, let’s take a look at the documents Samsung submitted to South Korea’s Intellectual Property Authority (KIPRIS) in March 2021, which have just been revealed by the Dutch Galaxy Clubthrough Based on the plans depicted in broad outline, the manufacturer would hide a camera in two places under the display of the smartphone, one in the upper half of the device, where the front camera is usually located, and one on the bottom panel, roughly where the fingerprint scanners under the display are currently located are.

Even the placement of the cameras clarifies the system’s operation: by using the image of the top and bottom cameras together, the system can create a better 3D image of the user for identification. For the time being, it is questionable whether this system would take the place of the fingerprint scanner, or whether the lower camera would combine the role of face ID and optical fingerprint scanner. 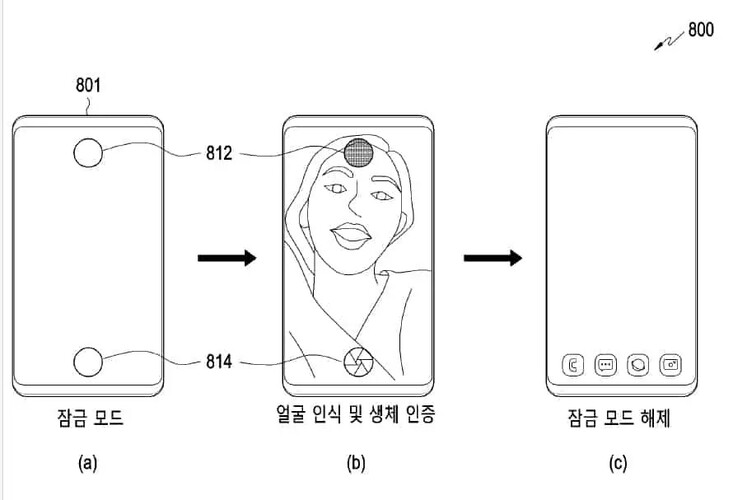 Except that the documents are verbatim UDCas, therefore Under Display Camera– are referred to as the two sensors, the only detail mentioned in connection with the planned operating principle is that by examining the size of the pupil, even more accurate results can be achieved and the identification process becomes more difficult to cheat. Samsung has tried to test the iris before, let’s remember the Note7 or the S8, for example, but we don’t want to wait and see if anything will come of the plans that have just come to light.