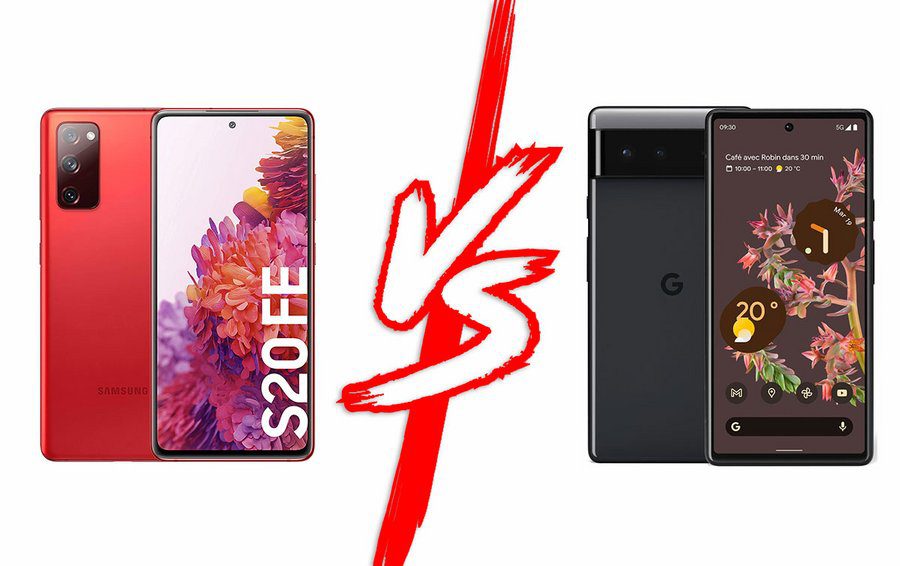 If you have 500 euros to spend on a smartphone your heart may be set on the Samsung Galaxy S20 Fan Edition (FE) 5G and the Google Pixel 6. A year separates the two models, but they are both positioned as cheaper high-end (or premium mid-range, if you prefer) smartphones. Is the newer of the two phones necessarily better? We have made a comparison of Galaxy S20 FE 5G vs Google Pixel 6 in detail below.

Before going any further, let’s make it clear that in this comparison we are talking about the Samsung Galaxy S20 FE in its 5G version which is equipped with a Snapdragon 865 processor from Qualcomm, against a Samsung Exynos 990 for the 4G version of the phone. The 5G version is faster and more enduring, in addition to being compatible with the new mobile network. Let’s not waste any more time and take a look at what they have in store to help you make your choice.

iPhone 13 Pro vs Galaxy S21 Ultra: which smartphone to choose when you have a big budget?

Design: they bet on originality

The first common point between the two phones we are comparing today is their size. They have respectively a 6.5 and 6.4 inch screen, for similar dimensions. The Samsung Galaxy S20 FE 5G weighs 17 grams less than the Google Pixel 6. This is largely due to Samsung’s choice to use a plastic shell, and not glass as is the case on the Google phone. The S20 FE’s shell and its “brushed glass” effect are nonetheless very pleasant in the hand. 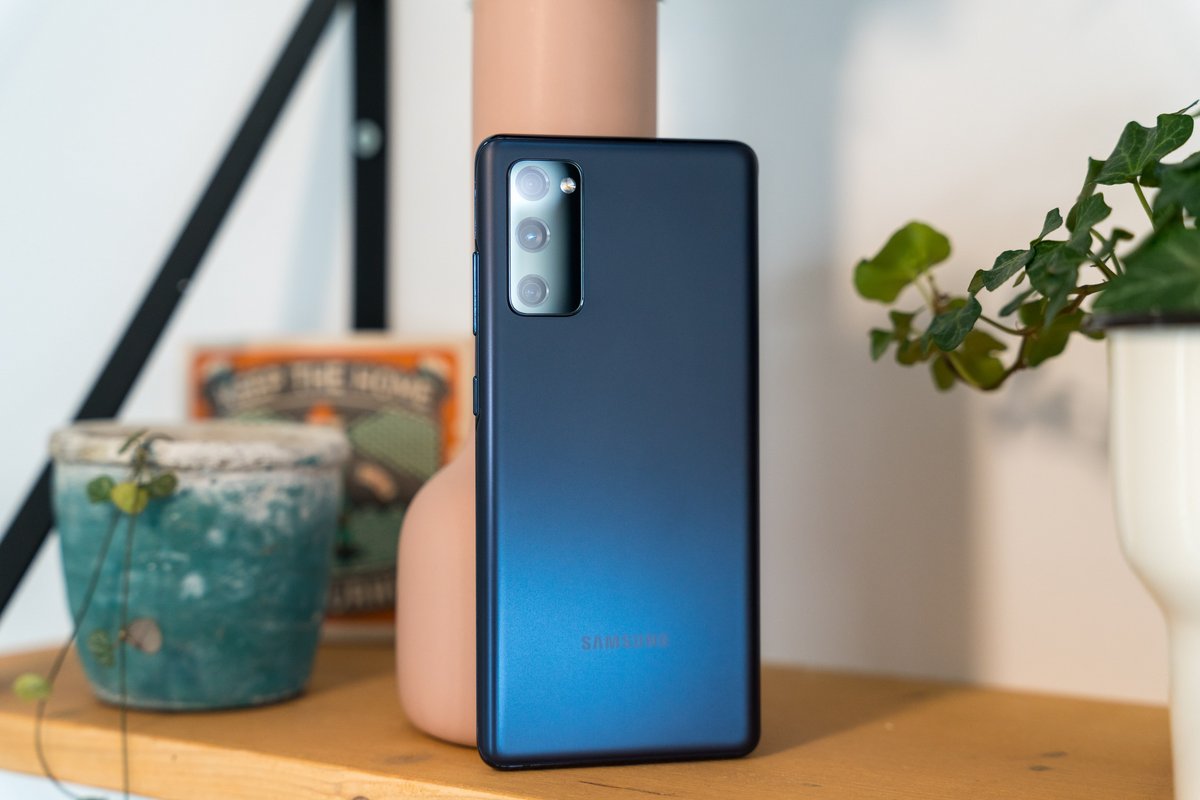 The Samsung Galaxy S20 FE on the left, the Google Pixel 6 on the right © Pierre Crochart for Clubic

Both phones also seek to distinguish themselves by their design. Both offer a variety of colors, and the Pixel 6 has an unmistakable photo module. On the other hand, the S20 FE’s photo block stands out very little from the shell. The same cannot be said of the Pixel 6, which takes up the entire width of the phone. Anesthetic choice that we will call … bold. Moreover, both phones are waterproof thanks to their IP68 certification.

On the right side of the Pixel 6, we regret that the power button is positioned above the volume button: a questionable ergonomic choice. The Galaxy S20 FE does not make this mistake, but its plastic buttons look a bit “cheap”.

The Samsung Galaxy S20 FE on the left, the Google Pixel 6 on the right © Pierre Crochart for Clubic

Both phones have a flat-screen, which is very practical to use. The counterpart comes from the large black borders that we find all around. In this respect, the S20 FE is a little better. On both phones, the screen occupancy rate is about 84%, which is quite low today. There are also two Full HD+ OLED panels. The S20 FE stands out for its 120 Hz refresh rate, compared to 90 Hz for the Pixel 6.

On both products, the fingerprint readers are located on the screen. At launch, their responsiveness was not impressive, but Samsung has managed, through software updates, to offer something convincing. Let’s hope that Google improves this point in the coming months as well.

The appreciation of a phone’s design is always subjective. On this particular point, we have a slight preference for the Pixel 6 and its glass finish. But the S20 FE also has other arguments to make, such as its weight or the greater responsiveness of its screen. It’s a tie for this round as far as we’re concerned. 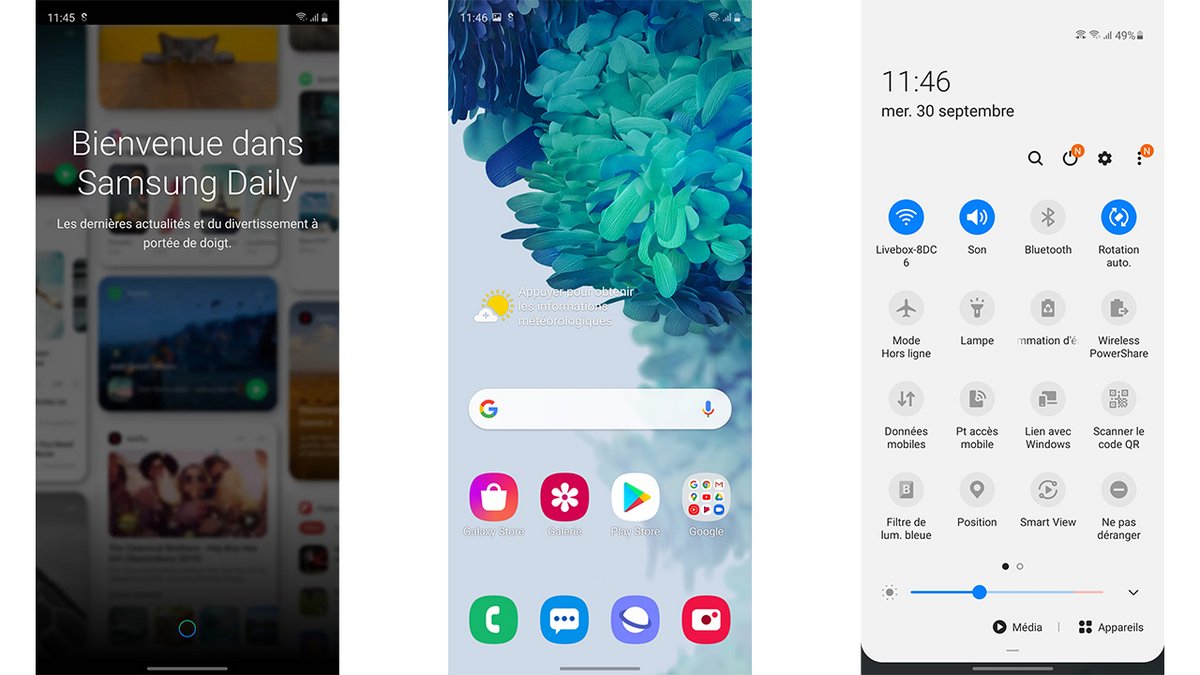 Initially released under Android 10, the Samsung Galaxy S20 FE has been updated to Android 11. It should receive Android 12 next year. For its part, the Pixel 6 is marketed directly with version 12 of the Google OS. This latest iteration brings its share of aesthetic novelties with the new visual language “Material You” which pushes the customization of the interface even further.

Thus, the accent color of the phone can adapt to that of the phone. The shortcut panel has also been revised, with some features that unfortunately require two manipulations to be activated, such as Wi-Fi. Google also wanted to emphasize privacy, with the possibility of disabling the microphone and the camera.

Zhiyun Smooth-Q3 test, the benchmark for stabilizing your smartphone?

For its part, the S20 FE benefits from Samsung’s excellent OneUI 3 interface. This version has benefited from a visual overhaul that focused on the home screen and the shortcut pane. The performance of the interface has been improved and the power consumption has been reduced. Privacy-related features have been added.

It’s impossible to talk about software without mentioning the Android update schedule. In this little game, Google’s phone wins hands down. The manufacturer guarantees that its Pixel 6 phones will receive the next major updates up to Android 15, while the Samsung Galaxy S20 FE will be updated to Android 12 and possibly to Android 13.

OneUI may be one of our favorite interfaces, but Google wins this round with an equally complete, but slightly more streamlined interface. What really tipped the scales in favor of the Pixel 6 is of course its 5-year software support, which ensures it has a longer lifespan (at least on the software side) than its competitor of the day.

Performance: not so fast…

Twelve months or so separate the launch of the two products. So one might think that the recent Pixel 6 logically has the advantage. But that conclusion would be hasty. The Galaxy S20 FE is powered by Qualcomm’s Snapdragon 865 processor, a high-end SoC accompanied by 6GB of RAM. The Pixel 6, on the other hand, packs the brand’s first in-house processor, the Google Tensor, with 8GB of RAM.

In the benchmarks, the battle is very competitive. The Pixel 6 has a higher overall score on AnTuTu and Geenbench in “single core”. The “multi-core” score, on the other hand, is in favor of the Galaxy S20 FE. In use, both phones are very fast, but the Pixel 6 is still ahead in terms of responsiveness.

In games, the Galaxy S20 FE comes out ahead, thanks in part to its faster read/write storage chip and better heat management. This allows it to heat up less than the Pixel 6 after a prolonged gaming session. For gaming, Qualcomm’s experience seems to make the difference.

For the first time, Google is equipping its smartphones with its own processor: the Google Tensor. In addition to being able to free itself from other market players such as Qualcomm or MediaTek, the American company can allocate performance to its SoC as it sees fit. The Tensor thus puts the package to calculate the majority of tasks related to artificial intelligence in-house. Incidentally, the Google Tensor is a powerful processor as a whole and has nothing to be ashamed of when compared to the competition, especially for a first try.

Huawei Nova 9 test: an ultra-powerful photophone under 500 euros, enough to compensate for the absence of Google?

If unprecedented Google smartphone features and responsive interface are your priorities, the Pixel 6 takes the lead in this round. If you want great overall performance while enjoying a better gaming experience, we recommend the Galaxy S20 FE. 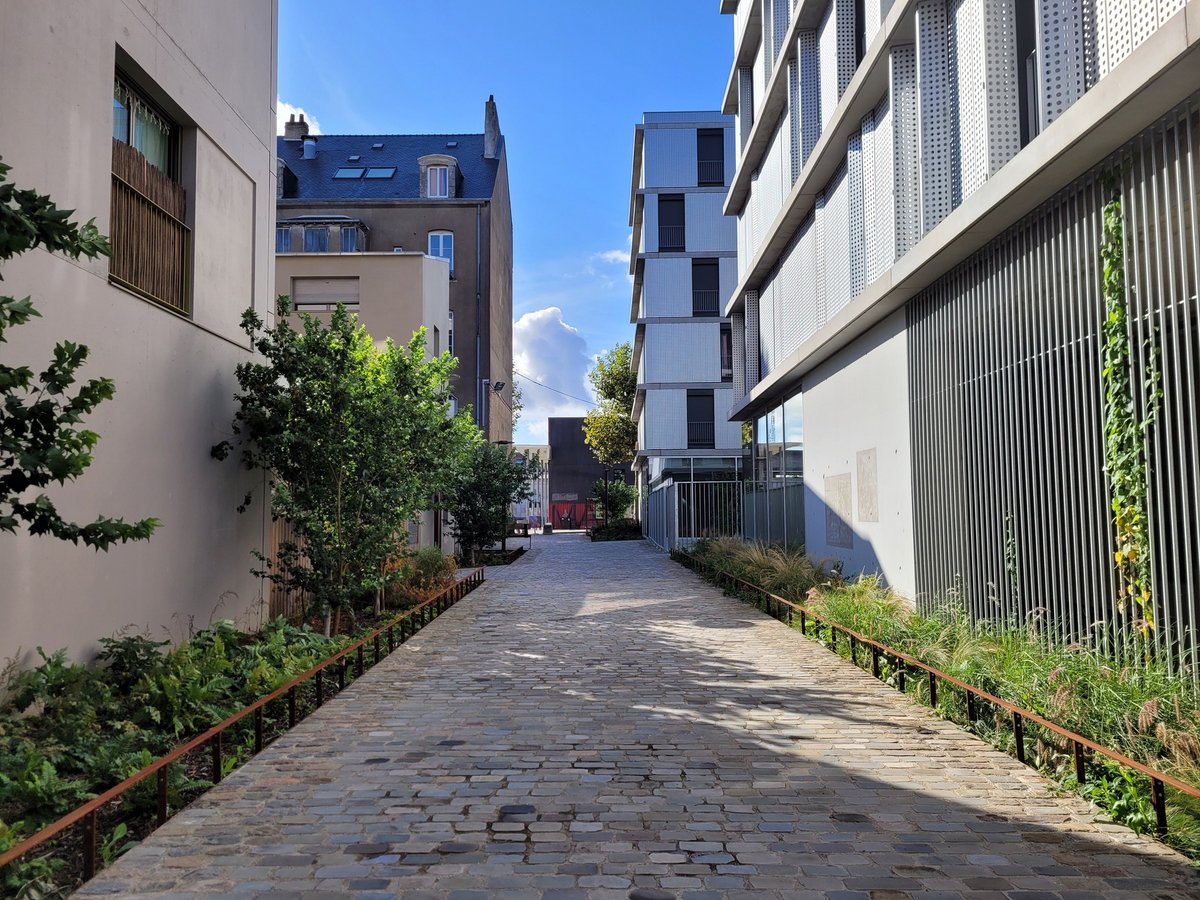 The main sensor of the S20 FE takes quality shots with a good level of detail and good exposure, provided that the light conditions are favorable. The software processing of the Korean manufacturer still emphasizes a high saturation and strong contrasts. A “style” that we appreciate or not, but that we can not describe as realistic. 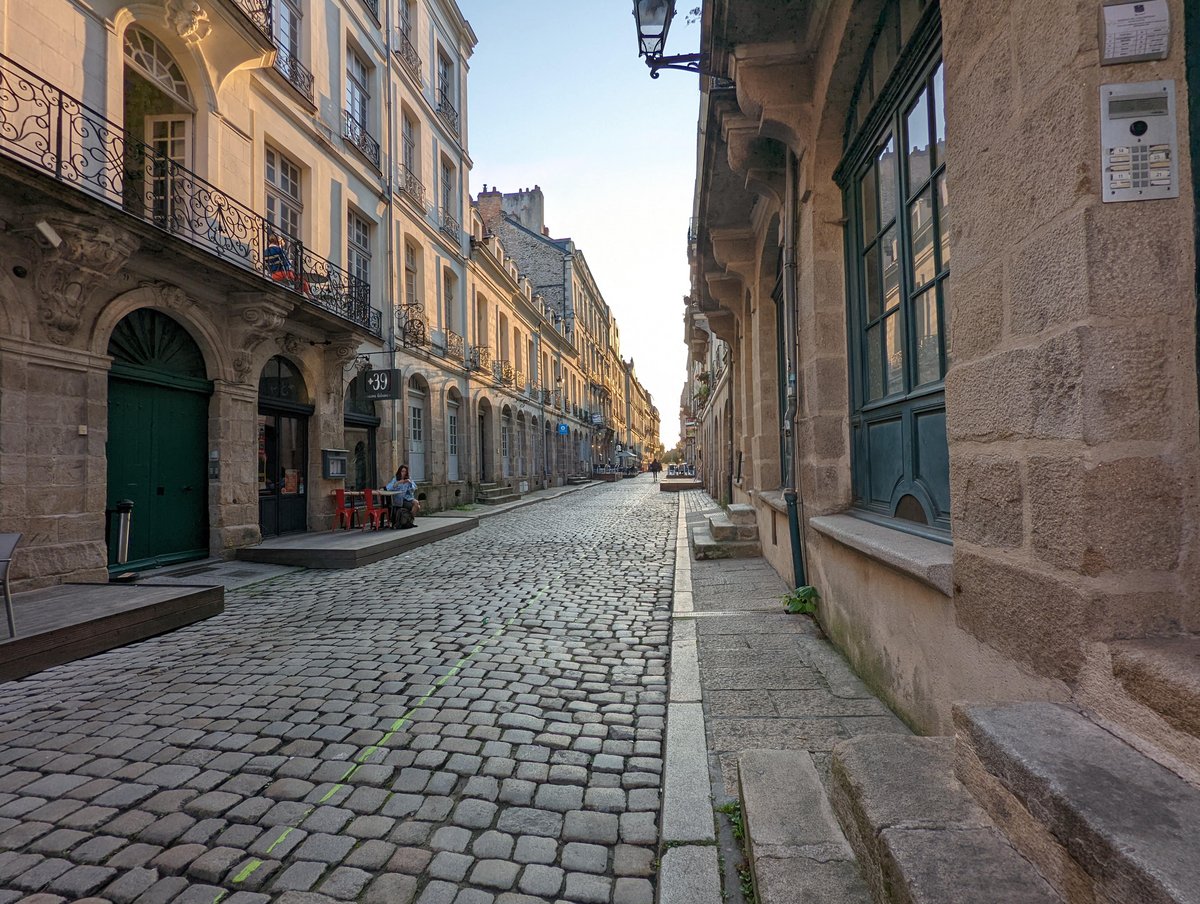 The Pixel 6’s main sensor is diabolically precise, with a perfectly managed dynamic range and micro-contrast that brings out the smallest details in the image. In daylight, missing a photo with the Pixel 6 is very complicated. The 8-megapixel ultra-wide-angle sensor also does very well, although there is a loss of detail in the corners and a color continuity that is not always assured with the main sensor.

For daylight shots, it is the very different software processing of the two brands that will allow you to choose the rendering you prefer. For our part, we have a preference for the Pixel 6 on this point. The other point of debate obviously concerns night shots. 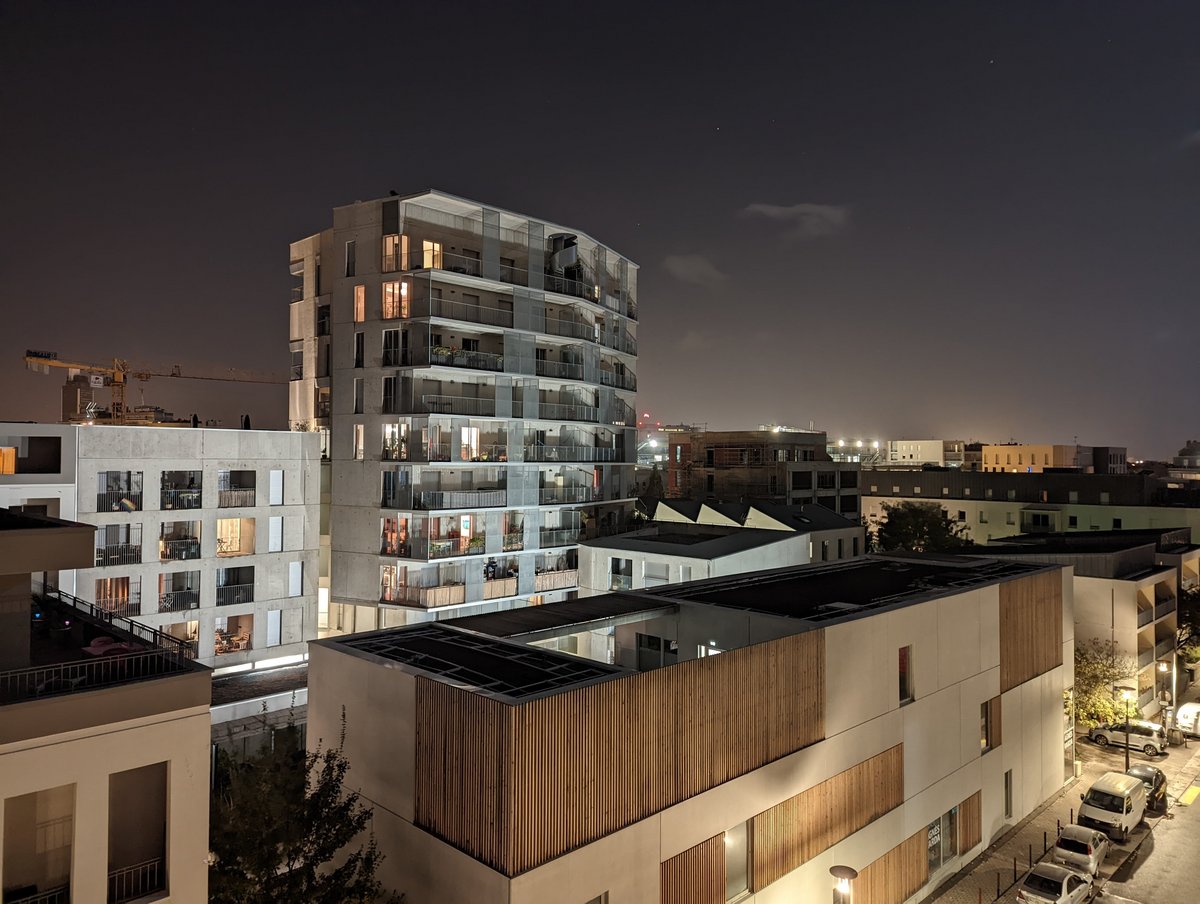 On this point, the Pixel 6 and Google’s image processing algorithms are formidable. If, for you, a great nighttime photo is one where you can see almost like daylight, then Google’s phone wins hands down. The Galaxy S20 FE is less good at this, but has a slightly more nuanced approach to night shots that are a little closer to what the human eye can see.

On the video side, the wide-angle sensors on both phones are capable of recording in 4K at 60 fps. At the ultra-wide angle, the Pixel 6 can shoot 4K at 30 fps and the Galaxy S20 FE can shoot 1080p at 30 fps. On both phones, the optical stabilization is excellent. On the other hand, Samsung has the advantage when it comes to color rendering of videos.

With its Pixel 6, Google confirms that it is the master of photography for this price range. Not everything is perfect, but the overall photographic experience is excellent, and the image processing algorithms make the difference, especially on night shots. 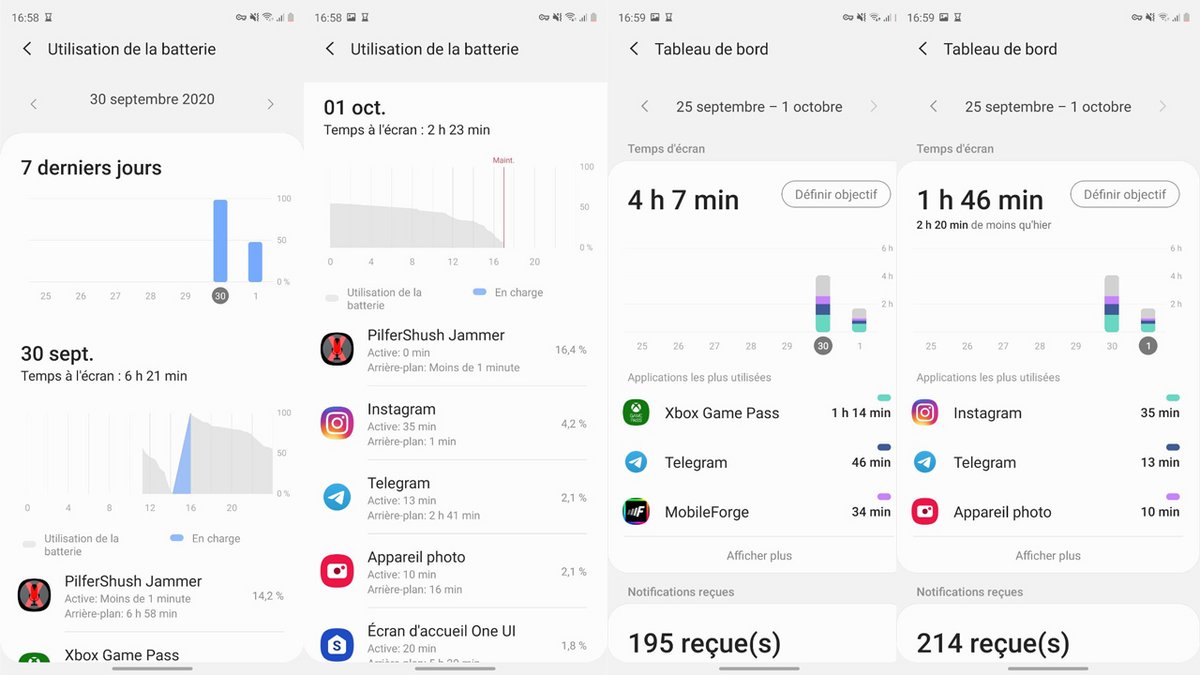 Autonomy of the S20 FE on the left, that of the Pixel 6 on the right

The Samsung Galaxy S20 FE is equipped with a battery of 4 500 mAh. For its part, the Pixel 6 has a 4,615 mAh battery. With 6 to 8 hours of screen time before giving up, both phones enjoy a solid autonomy. However, it is the S20 FE that comes out on top, despite a slightly lower battery capacity and a screen with a 120 Hz refresh rate. The Pixel 6 does not lose out, but is less durable when heavily used.

Even using compatible chargers to get the best charging speed for both phones, the Google Pixel 6 doesn’t charge any faster than the Samsung Galaxy S20 FE. In fact, expect to charge the Samsung phone in about 1.5 hours, compared to about 1.5 hours for the Google phone to regain 100% battery.

Clothes don’t make the man, that’s the lesson to be learned from this chapter on autonomy. Despite a lower battery capacity, a more responsive screen and a theoretically faster charger, the Galaxy S20 FE is ahead of the Google Pixel 6 in terms of battery life. So size isn’t everything…

On the scoreboard, it is indeed the Google Pixel 6 that wins against the Samsung Galaxy S20 FE 5G, notably thanks to its photographic qualities and its longer software support. But, as always, this result has to be put in perspective with what YOU expect from a smartphone at this price.

If battery life is your main criterion and you prefer the design and interface of Samsung’s phone, you won’t regret choosing the S20 FE. On the other hand, if photo quality is paramount to you, and if having the latest version of Android for several more years is a prerequisite for getting a new phone, the Pixel 6 seems like a good choice.

Nevertheless, the main lesson we’ve learned from this comparison is that a smartphone that’s already a year old can definitely hold its own against a newer model. New is not always a sign of quality, and we can only encourage you to look at the excellent references from last year that are now seeing their price drop. This is the case with the Galaxy S20 FE 5G.

What we think at TechMarkup

We use this framework to talk about two other interesting points: reparability and price. Regarding the first one, the S20 FE wins hands down with a repairability score of 8.1/10, against 6.4/10 for the Pixel 6. Now let’s talk about the price. At the time of writing, the Galaxy S20 FE is sold for 100 euros less than the Google Pixel 6, which may tip the balance in favor of the Samsung smartphone.