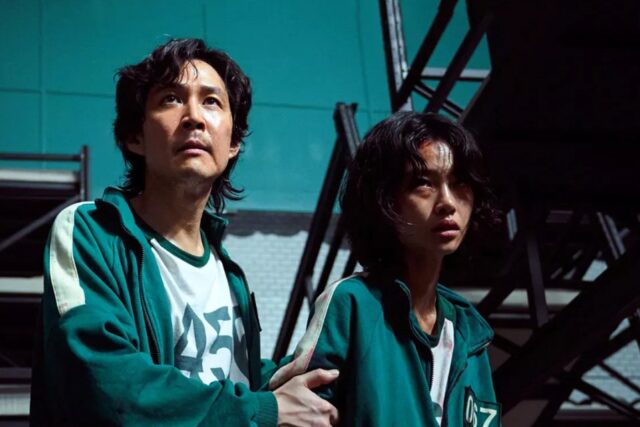 On Tuesday night (24), some viewers of Big Brother Brasil 2023 saw similarities in the show with the famous Netflix series Round 6. Unlike the fictional Korean production, no participant died during the competition, but the new BBB 23 award ended up remembering the great success of streaming.

Thanks to a partnership with Stone, the BBB now has a prize that increases every week: whenever participants guess which participant will be eliminated, more money enters the final amount. While just the increase already seems like a reference to Round 6, the announcement of the novelty took many fans of the “French Fries” series by surprise.

To reveal the news, Globo placed a giant credit card machine in the BBB’s garden. When the elimination result was revealed, the prize pool increased in a way familiar to Round 6 fans: Coins began to fall and fill Stone’s machine-shaped “piggy bank”.

In Round 6, at the end of each round, more money was added to the top prize in a similar fashion. However, instead of digital currencies, the series put money in a pig-shaped safe, which was hung in the accommodation where the hundreds of participants stayed.

Netizens compare BBB with Round 6

Soon after the program, comparisons between Round 6 and BBB 23 began to happen. Check below some reactions from the public on Twitter, which took the reality show to the most commented subjects on the social network yesterday (24).

my god the elimination money falling into their account just like when someone dies in round 6 #bbb23 pic.twitter.com/EWx5Tx1I7g

my god the elimination money falling into their account just like when someone dies in round 6 #bbb23 pic.twitter.com/EWx5Tx1I7g

It started with the thing about being in pairs and we hadn’t noticed it yet. ?? Round 6 #round6 #bbb #bbb23 #marilia #FredNicacio #fred pic.twitter.com/MWeBLyo45f

BBB 23 airs daily on Globo and can also be seen on Globoplay. The first season of Round 6 is available on Netflix.