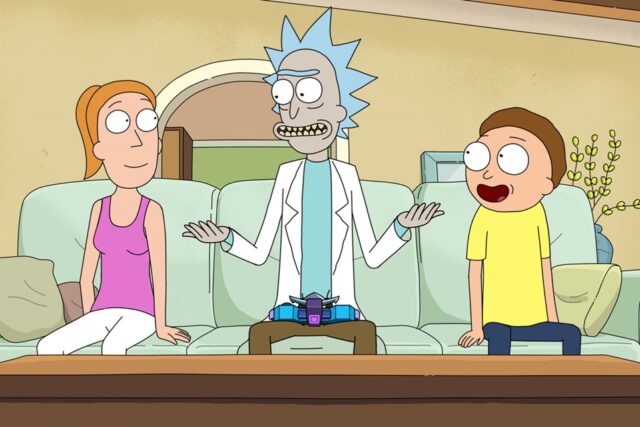 Rick and Morty is one of the biggest hits of recent times within the entertainment industry. The adventures of the drunk and self-centered grandfather and his naive and clumsy grandson, signed by the duo Justin Roiland and Dan Harmon, continue to move fans and already have six complete seasons, which can be watched in full on HBO Max streaming.

And, of course, being a pop phenomenon, Rick and Morty has several tributes and cosplays by fans and recently, one of them caught a lot of viewers’ attention. On Instagram, Russian user @daaarchi shared fantastic versions of Rick, Morty and Summer, which beautifully capture the characters’ divergent personalities.

In the image, @daarchi appears as Summer, who is on her cell phone taking a selfie (for a change), alongside Rick, who is focused on his drink (probably alcoholic), and Morty, who looks absolutely desperate (typical of the boy). To make things even more realistic, the trio is falling through what appears to be an interdimensional portal, created by Rick’s portal gun.

About Season 6 of Rick and Morty

Recently, the animation concluded the airing of its 6th season, which featured 10 episodes, released weekly on Adult Swim and HBO Max. The last chapter of the most recent part of the series aired on December 11th.

Widely praised by fans and critics alike, Season 6 of Rick and Morty was something of a return to the show’s roots. This is because the production abandoned the serialized episodes (which continue a mother story) and bet on closed episodes (which have narratives centered on the episodes themselves).

That way, Roiland and Harmon were able to focus more on the fun elements of the work, as well as on its more “silly” side, creating completely crazy and far-fetched episodes, which left fans very excited. Even some celebrities participated in the 6th year, lending their voices to one of the episodes.

This does not mean, however, that the narrative will continue in this way. With a Season 7 of Rick and Morty already confirmed, it’s possible the show’s creative team will return to the darker tone of Season 5, or mix up elements from previous seasons a bit. Either way, we look forward to continuing to watch!