One of the novelties of Apple Watch it is the function that allows people to retrace their own steps in case they are lost or at risk of being lost in an unknown environment.

To access this option, which is available on all Apple Watch that have support for watchOS 9 (as of Series 6), users need to register the path to follow. This is possible once the application has been started. Compass on the watch and tapping the button with a two footprints located in the lower right corner of the clock face.

Once this option is activated, you must press the start return. In the event location access is requested, users will need to agree to continue recording steps while walking.

When the person needs, for any eventuality, to return using the same path, they can do so by reopening the compass app and then tapping the pause button, located in the lower left corner of the device.

Immediately afterwards, the Apple Watch will ask the user if he wants to retrace his steps or delete the route that was recorded in the application. In case you do want to return by the same route, the app can guide the person with a white line on the screen that represents the path to follow to return to the origin.

This option is also available to users of the Apple Watch Ultrawhich also has a higher degree of precision due to improvements in its gps.

Tips for using the Apple Watch

Siri, the virtual assistant of devices Manzana it has to be called in order to perform certain tasks. However, in the Apple Watch you can configure an option that allows Siri act without the need for the user to speak.

This is possible with the “Raise to Speak” feature, which can be accessed through the Apple Watch app on the iPhone of the user; this can be named Watch either My watch. Then you must enter the Siri option and activate the Raise to speak function. Tricks for an Apple Watch. (photo: Apple Tricks and more)

In addition, for users not used to the bubble interface of the Apple Watch, they can also display their application menu in a vertical list interface. In order to modify the presentation of these apps, you must enter the Watch application on the iPhone and touch the option App layout. The user will then need to turn on the List View feature.

The Apple Watch allows you to manage iPhone notifications, including phone calls. However, this can be inconvenient in some situations as a call can be received on the Apple Watch when the user is unwilling or unable to answer.

In that situation, the user only needs to place the palm of their hand on the screen until a vibration is felt, indicating that the call was cancelled.

2 Broke Girls: where is the cast of the series? 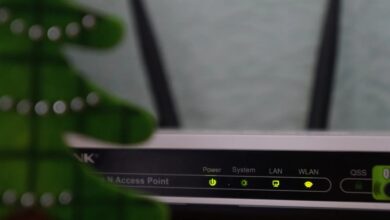