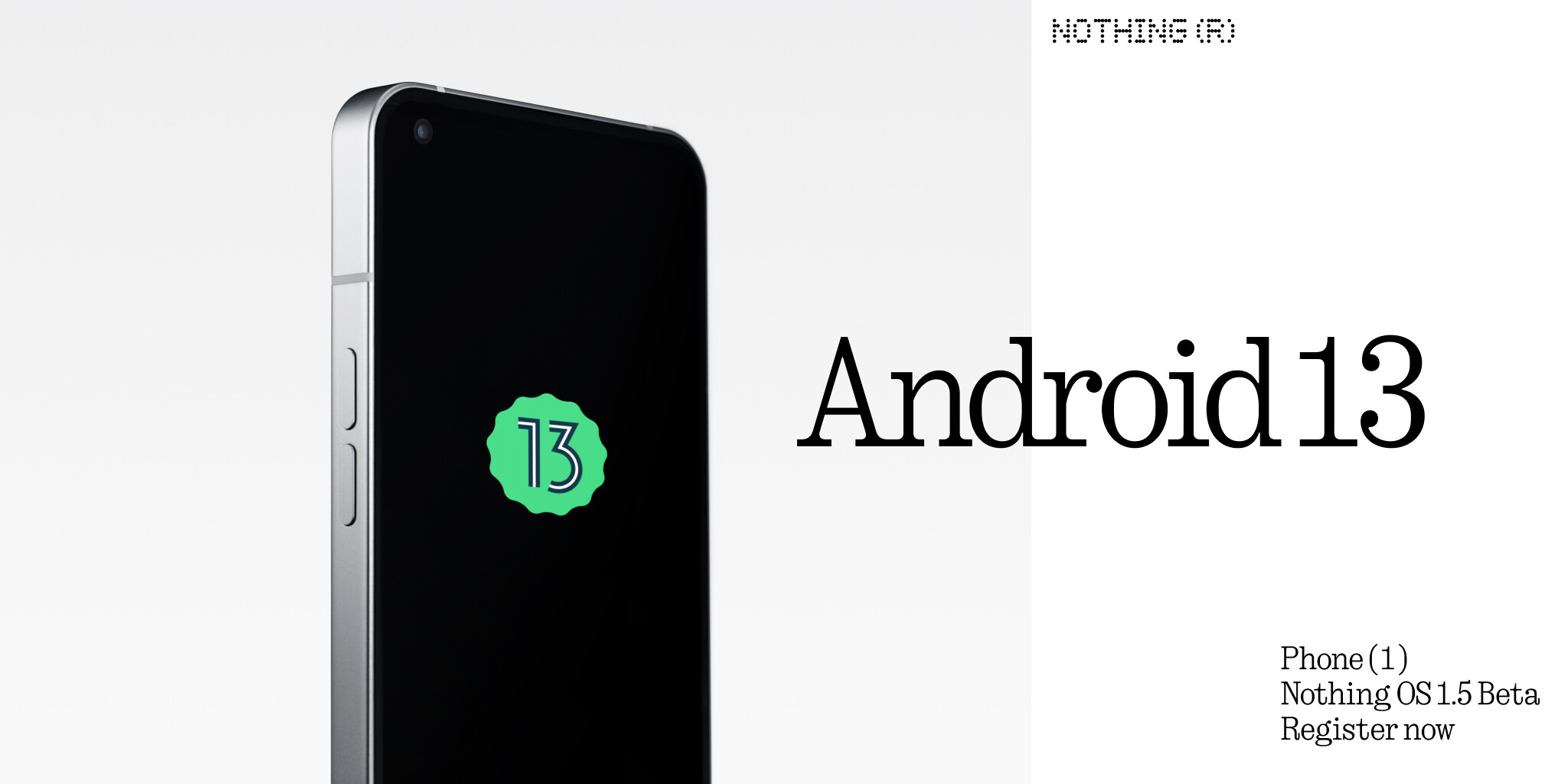 Not all Nothing Phone (1) users will receive Android 13 until the end of 2022, but those who register for the program can in principle download the beta. The closed testing of Nothing OS 1.5 is currently ongoing, and those who sign up through this page can enter the open testing process from mid-December. The company announced the news of the opening beta testing via Twitter, where they also shared the page for signing up.

Beta testing is underway. If you own a Phone (1), you can be one of the first to experience Android 13 with our open Beta program. Starting mid-December 2022.

Nothing warns about the usual things: don’t use the beta if it’s the only device, the user may encounter errors and bugs in the test version, and the feedback will be used by the company to deliver the final software without errors. However, there is still no news about the update available to everyone, and when it can be expected, if the beta goes quickly and well, Nothing will probably deliver the first major version update to your phone in the first quarter of 2023.