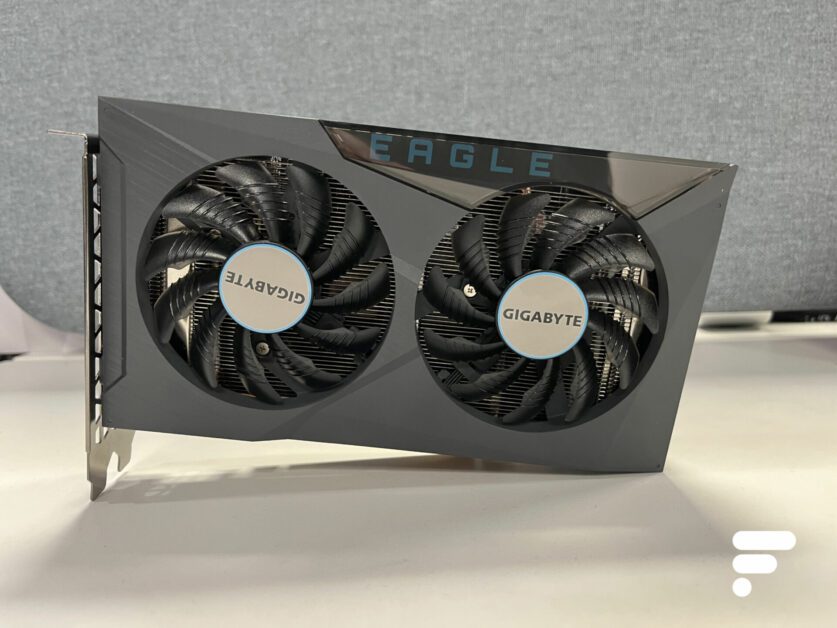 We were able to make Radeon RX 6500 XT review, a new generation graphics card at a low price, in principle, which targets Full HD screens. 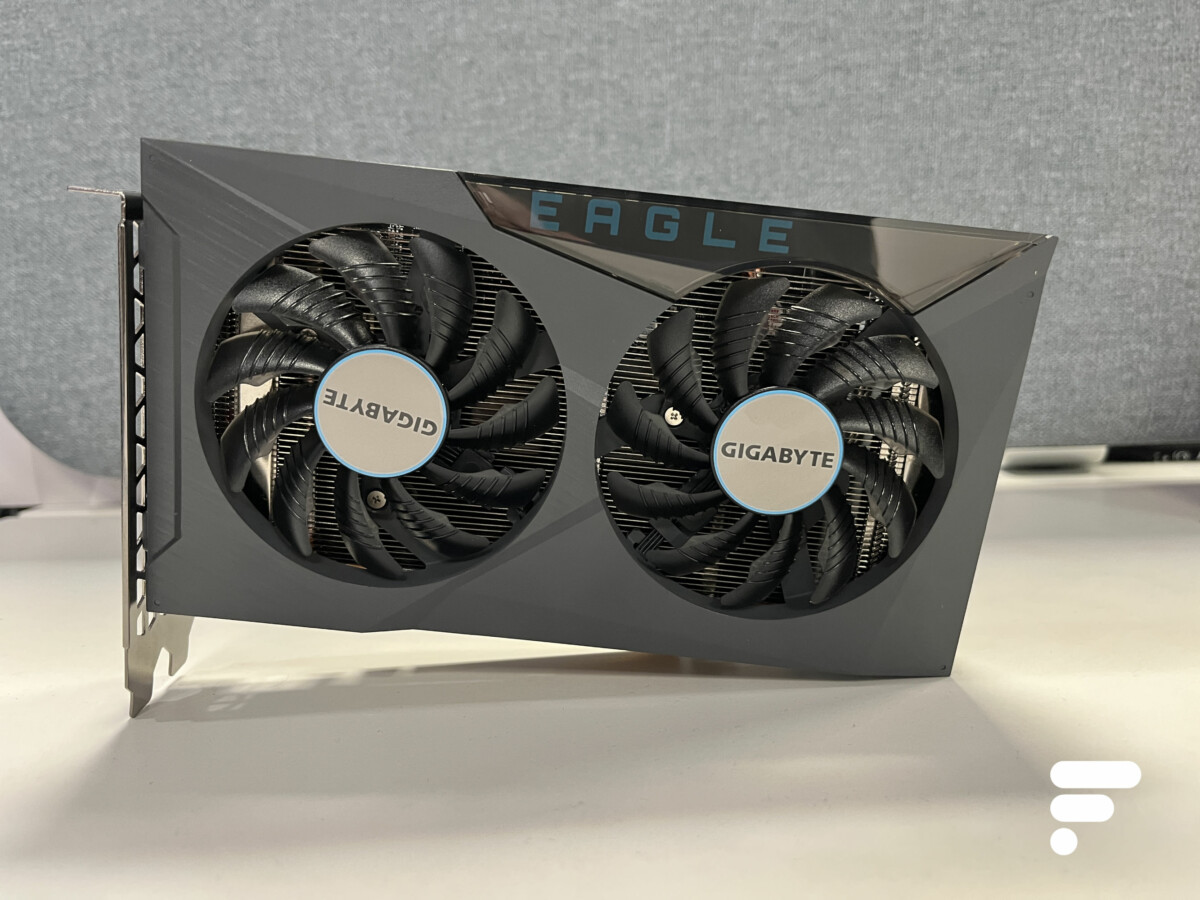 The AMD RDNA 2 and Nvidia Ampere generation of graphics cards are entering their second year and possibly the last before moving to RDNA 3 and Lovelace. This is therefore an opportunity for the two manufacturers to finish declining their architecture with products at a lower price. The Radeon RX 6500 XT promises to run games in Full HD. We’ll see that.

We begin our tests with 3DMark which makes a complete evaluation of the graphics card’s capabilities in the Time Spy Extreme test with the DirectX 12 API used in many PC games. 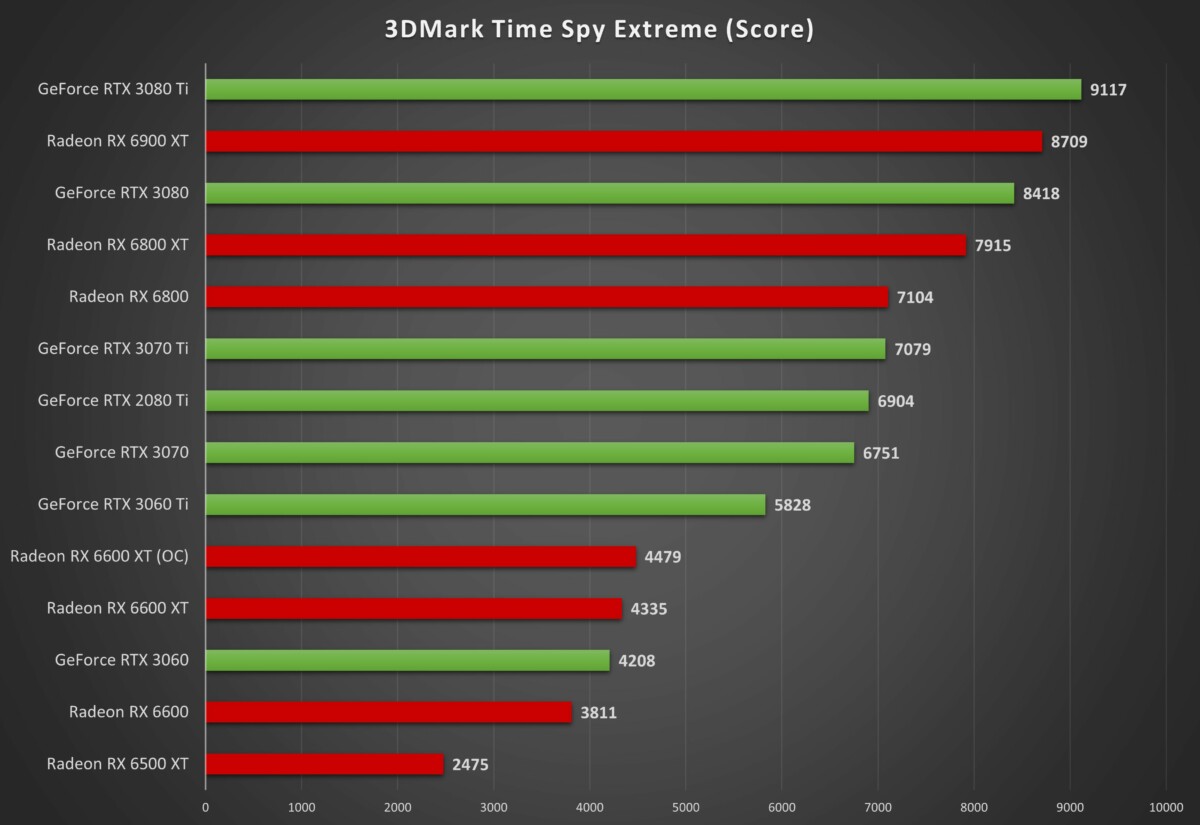 We also pass the DirectX Ray Tracing test to all next-generation graphics cards capable of, in theory, real-time ray tracing in video games. This is a particularly demanding test where even a GeForce RTX 3080 Ti painfully reaches 54.61 frames per second. Unsurprisingly, on such a difficult test the Radeon RX 6500 XT achieves a very weak result of 5.91 frames per second on average.

With the RDNA 2 architecture, we saw that AMD did not offer competition-level performance with ray tracing enabled. AMD’s graphics cards are much better with more classic rasterization. It is not surprising that an entry-level version of RDNA 2 is put even more in difficulty by ray tracing.

Synthetic tests allow you to get a first idea of ​​the performance of a graphics card, but nothing like concrete tests of popular games to specify. Usually we run our tests at 4K, but that wouldn’t make sense for a card that’s only aimed at Full HD gaming. 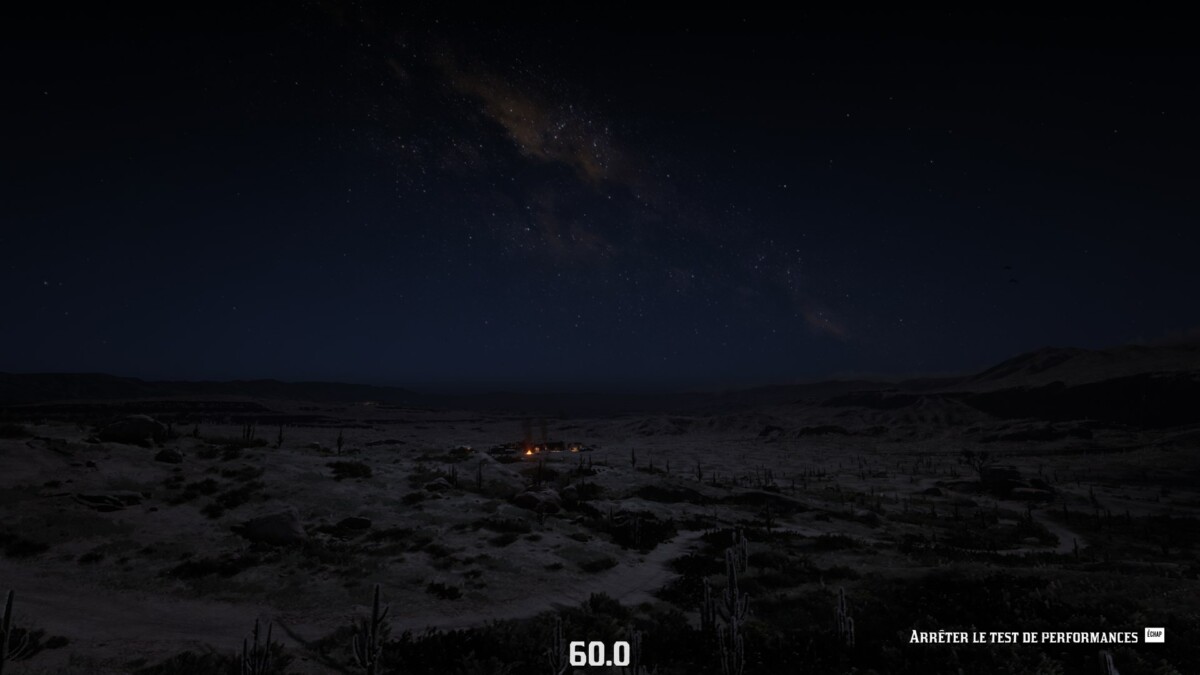 So we ran Red Dead Redemption 2 in Full HD with the graphics settings maxed out. Under these conditions, the game runs at 45 frames per second on average. It’s better than on older consoles, but not enough for an excellent quality of experience. By adjusting the graphics settings to a medium setting, the game goes to 60 frames per second on average and becomes much smoother.

Sony launched God of War very recently on PC. One of the best PlayStation 4 games has been pretty well optimized on PC. With the settings at maximum, the Radeon RX 6500 XT does not allow the game to run with good fluidity. 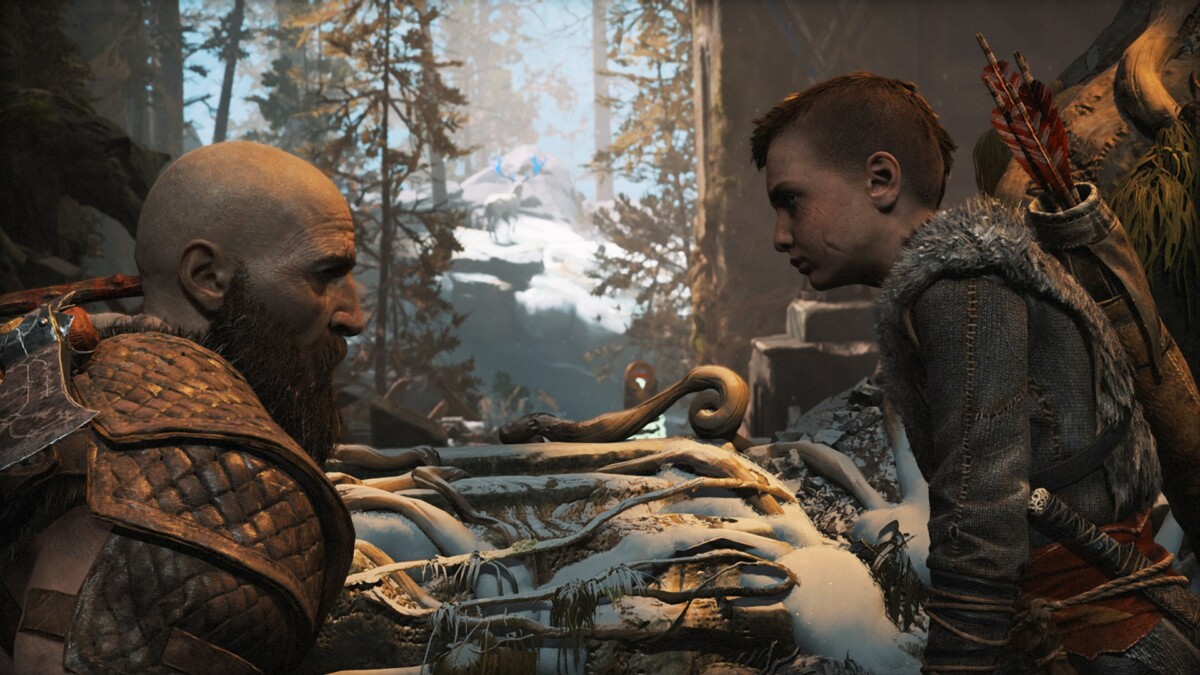 Once again, you have to see the settings down to run a latest generation game in Full HD at 60 frames per second. More precisely, we obtain an average of 63.7 FPS for a game set to the medium options.

Same story for Resident Evil Village, the latest installment in Capcom’s horror game series. Here we are talking about a next-gen game that offers a ray tracing option. Unsurprisingly, a simple activation of the function brings the PC to its knees. The integration of ray tracing in the Radeon RX 6500 XT is something very theoretical. It’s hard to find a game in practice that allows it to be used in Full HD with this graphics card. 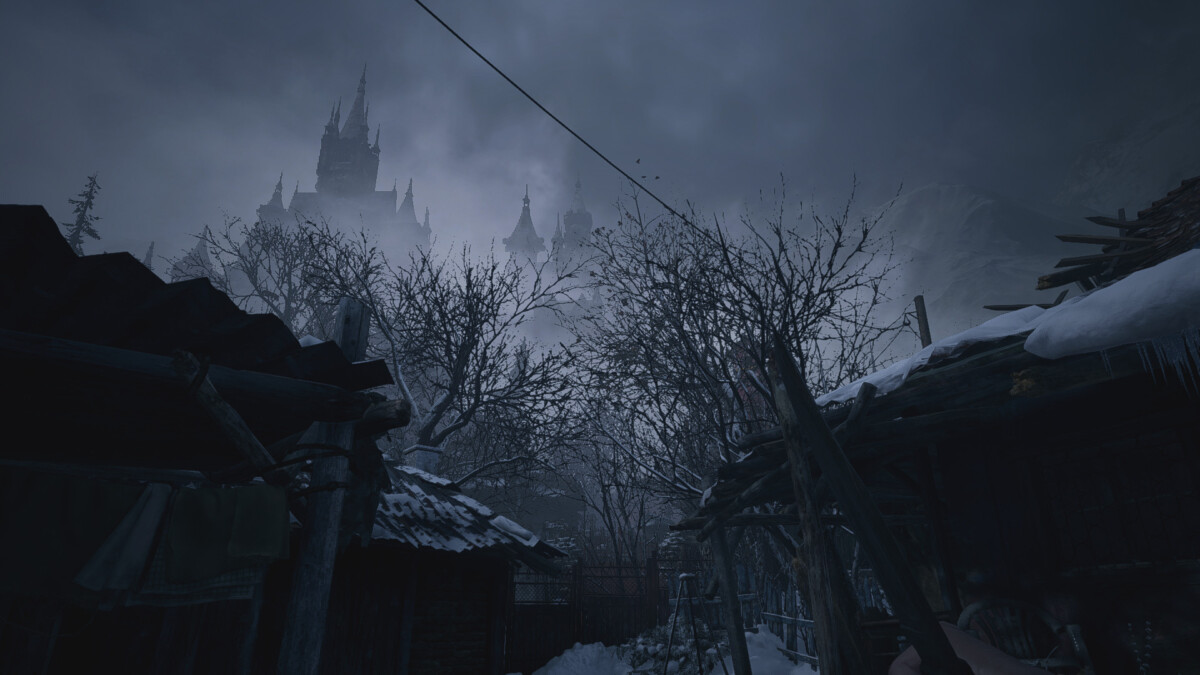 Without ray tracing and in Full HD, the game runs at 60 frames per second with visually pleasing high graphics settings. The Radeon RX 6500 XT confirms that it can, with a few adjustments, run the latest games of the moment in Full HD.

The Doom Eternal game is a very well optimized title which allows to have a good idea of ​​the capabilities of the card on very nervous games. Here we run the title in Full HD with the graphics settings on “ultra nightmare”, the maximum level. 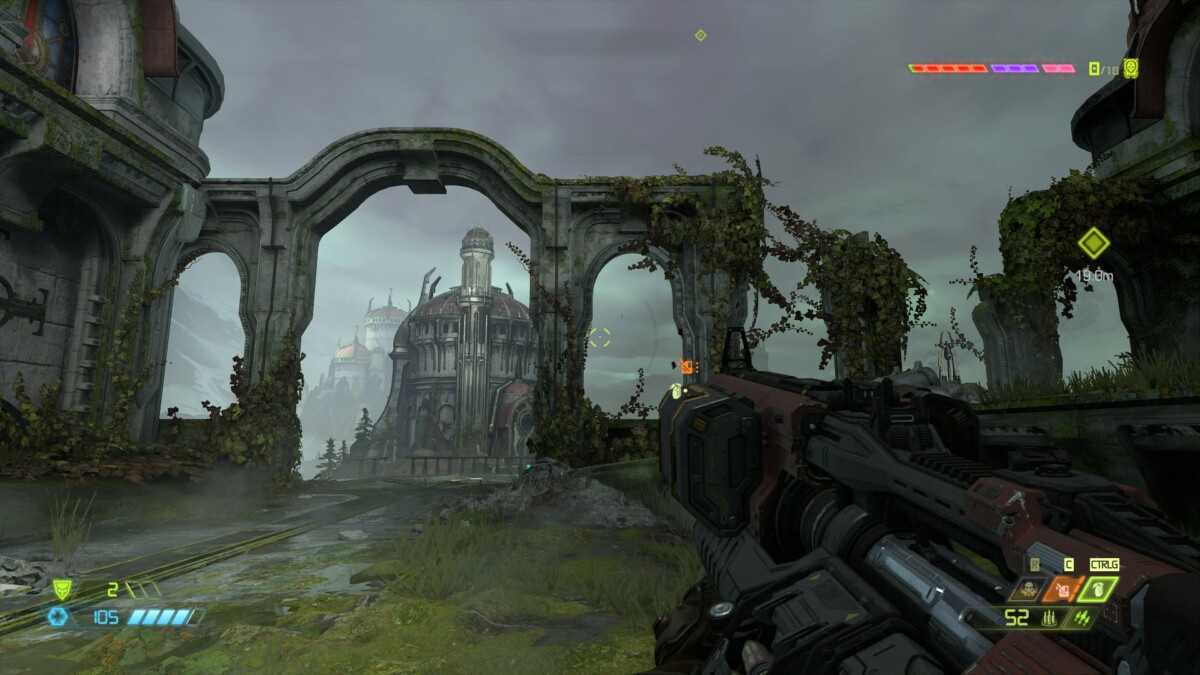 Under these conditions, no problem shooting at 60 frames per second on average. It should be noted that we still had to reduce the storage capacity of the textures, the graphics card being limited by its 4 GB of VRAM. It’s not a big compromise and the game remains very fluid and dynamic. By playing on the options, it would undoubtedly be possible to shoot at 120 frames per second.

Not too surprising for a card at this level of performance: power consumption is low and the cooling system is quite efficient. We do not measure a temperature above 65 degrees, even when the card is pushed to its maximum and above all, Gigabyte’s Windforce ventilation has never been heard.

Power consumption also remains below 120W and a single PCI Express pin is enough to power the graphics card. In other words, no need to change the power supply to use this card.

A graphics card is not only characterized by its ability to display 3D on the screen. It is also necessary to take into account the functions integrated in hardware, and offered through software drivers. For many years, most graphics cards have, for example, been perfectly capable of on-the-fly video decoding and encoding.

In other words, it is impossible to stream remotely or record the best moments of your games with this card.

AMD announces a recommended price of 210 euros for the Radeon RX 6500 XT in France. As for all the other cards, the price should quickly fly away at the distributors.

Difficult to know at what price this graphics card is worth, but it can be a solution while waiting for a possible lull in the market. Failing that, we have other solutions for playing the latest games with an aging PC.

What do you think about Radeon RX 6500 XT review ? Let us know in the comments.

Infinity Pool is the new horror movie +18 with Mia Goth;...