Qualcomm has announced the arrival of the fifth generation Snapdragon X70 5G RF-modem at the MWC in Barcelona . Looking at the characteristics of the product, it immediately emerges the presence of a new processor equipped with more advanced artificial intelligence which not only improves its general operation, but also increases efficiency from the point of view of energy consumption .

This version of the RF-modem, in addition to an improved uplink speed and more reliable connectivity, allows you to transmit on a real-time average for 2G-5G, mmWave, Wi-Fi (2.4 GHz, Wi-Fi 6 / 6E / 7) and Bluetooth (2.4 GHz) thus optimizing the performance of each signal. 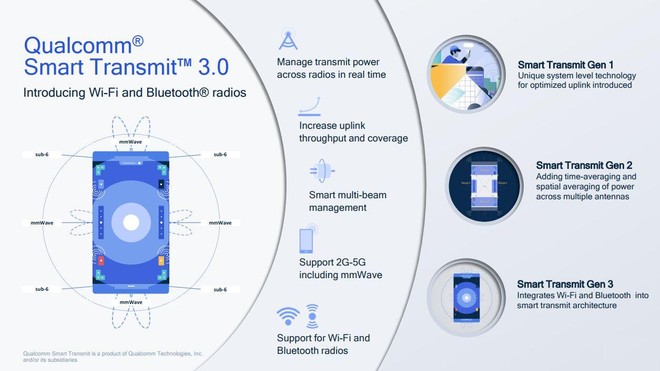 Snapdragon X70 is also the first 5G RF-modem to support the standalone mmWave connection. This option, which in internal tests reached a peak download speed of 8.3 Gbps, reduces the risk of network congestion. Under 5G sub-6 network it managed to reach peak download speeds of 6 Gbps.

ARRIVES WITHIN THE YEAR

As already happened for the previous Snapdragon X65, the X70 version is also compatible with software updates that allow you to improve performance and architecture over time. The new Qualcomm modem, which is currently being tested at several manufacturing companies, will hit the market at the end of 2022 .