After months of rumors, it seems that PUBG Mobile has finally made some progress on its return to India. South Korean game developer Krafton officially announced that “Battlegrounds Mobile India” will be released soon. This game is likely to be a replacement for PUBG Mobile Indian gamers. If you are unaware of it, PUBG Mobile was banned in India last year due to its poor relationship with tech giant Tencent, and the Indian government tried to deprive all mobile apps of China.

According to the press release, the game will provide a free “world-class AAA multiplayer experience” on mobile devices. Multiple in-game events will be featuredsuch as clothing, its own own leagues and tournamenets similar to original PUBG Mobile. The game developer is expected to announce the pre-registration date before it officially launch in India. This means that there will be a dedicated Indian server because this game is specially for Indian gamers. Game developers are said to also establish an ecosystem of esports and in-game content with partners, starting with a series of in-game activities targeting India at launch.

Krafton has made sure that data privacy and security are a top priority because PUBG mobile was said to share the user’s data to Tencent Games. The game will ensure respect for privacy, and all data collection of user and its storage will be done according to laws and regulations in India. 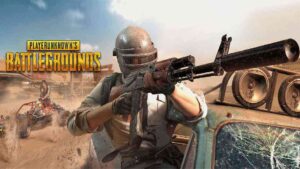 For PUBG Mobile gamers who have been deprived of the gaming experience in recent months, this news should be good news. That said, there are still many unsolved problems. For example, it is unclear if it is possible to transfer your game ID from PUBG Mobile to the new version while all items and game progress are preserved. Information shared by Krafton indicated that this will be an exclusive game in India, which means that players may be restricted to Indian servers and may not be able to play with players outside of that country.

Some well-known game players in India have also laughed at the arrival of the game. It shows that we can finally see the return of the game. What do you think? Are you waiting for the return of PUBG Mobile? Let us know in the comments.