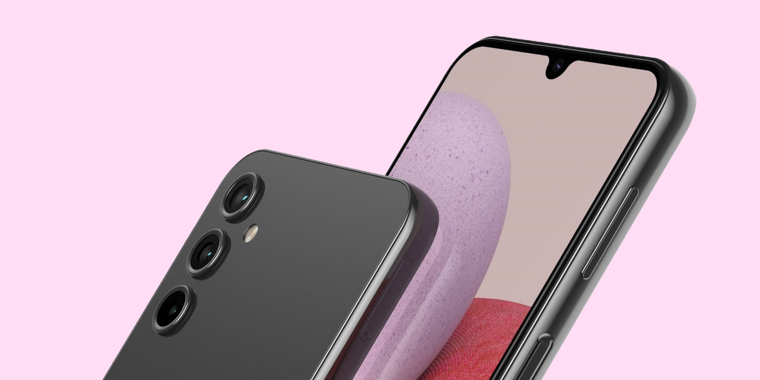 The Galaxy A14 first appeared on renders in October, and the shape seen at that time is confirmed by a new black belt leak Evan Blass an image shared by , which is said to be a leaked photo of the device from a press release. Three cameras — a 50 MP main camera and two auxiliary sensors — can be expected on the plastic back panel, and a 13 MP unit on the front panel will hang in a teardrop-shaped notch in the PLS LCD display with HD+ resolution. The diagonal of the display is guessed at 6.8 inches, and the bottom bezel is quite thick in the photo.

The photo also confirms the fact that the fingerprint scanner is integrated into the side of the button, although this is not a big surprise. The A14 is said to be thicker than this year’s A13, but the battery capacity is still tipped at 5,000 mAh, which will be accompanied by 15 or a maximum of 18 watt charging in the device. There are many questions about the hardware, according to rumors, Samsung will put its own Exynos chip in the phone, the as yet unannounced 1330, which, according to Geekbench, uses two 2.4 GHz power cores and six 2 GHz economy cores in the CPU, as well as a Mali-G68 GPU and 4 GB of operational memory.

Since it is a basic device, it is likely that the fact of the presentation will be exhausted in a press release and in the update of the company’s product page, according to the practice of the past years, this is expected for December, but at the latest for the CES exhibition in January. An approximate price is not yet known.