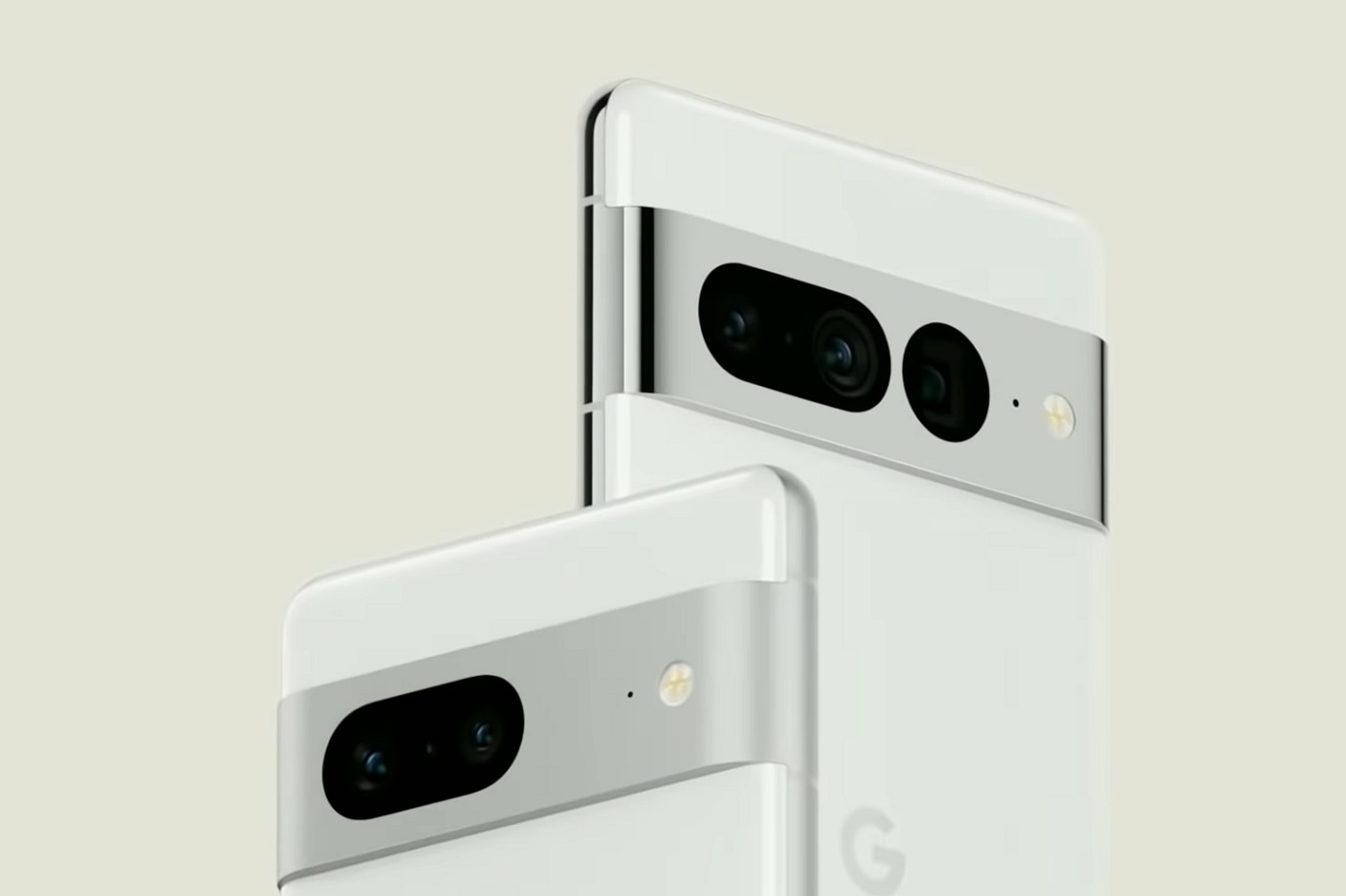 If some brands, including Apple, do everything to keep their secrets before the official presentation of a product (even if leaks are inevitable), Google is a big fan of teasing. During the I/O conference, the Mountain View company gave a small preview of the future Pixel 7 and Pixel 7 Pro, which will be released this autumn.

The firm had shared a rendering, giving us an idea of ​​the (very familiar) design that these devices will have. But now we also have pictures of the Pixel 7!

In a recently published article, our colleagues from 9to5Google relay photos of a prototype that would have been published on eBay, before being withdrawn. Since Google already shared its renders at the I/O conference, this leak doesn’t tell us much more.

Nevertheless, since these are photos, it allows us to have a better idea of ​​the design. For example, the leak highlights the fact that on this black model, Google would have abandoned the matte black frame, in favor of a textured metal frame.

Pixel 7 and Pixel 7 Pro: what features for the next Google smartphones?

As you will have noticed, the Pixel 7 and Pixel 7 Pro will have a very similar design to the Pixel 6 and Pixel 6 Pro. And that’s not all, since according to recent rumors, Google should also reuse the same screens. Thus, the Pixel 7 would have a screen with a resolution of 1080 x 2400 with a refresh rate of 90 Hz, while the Pixel 7 Pro would have a screen resolution of 1440 x 3120 and a refresh rate of 120 Hz. , it is possible that Google will announce improvements in terms of image quality, brightness, or even energy consumption.

And the similarities between Pixel 6 and Pixel 7 wouldn’t end there. Indeed, other sources suggest that the Pixel 7 might also have more or less the same camera as the Pixel 6.

According to these rumors, the main novelty of the Pixel 7 and the Pixel 7 Pro compared to the previous generation would therefore be the processor. Indeed, Google has already confirmed that these devices will use a new generation of Google Tensor processor. As a reminder, Tensor processors are chips designed by Google in order to optimize the hardware in relation to the needs of its artificial intelligence functionalities.

By digging through the Android Open Source Project code, the 9to5Google site was able to get some clues about the devices Google is currently working on. The site says it found references to the Pixel 7 and Pixel 7 Pro, as well as two other devices not yet identified.

According to 9to5Google, the first could be the upcoming Pixel 7a, which probably won’t be released until next year. And the second could be Google’s folding smartphone.

Unfortunately, the news is not good about this folding smartphone, whose name would be Pixel NotePad. Indeed, this product would have been developed by Google, but the internet giant would have finally decided not to postpone its marketing again.

Besides, while teasing the Pixel 7, Pixel 7 Pro and even the Pixel Tablet at the I/O conference, Google made no mention of this folding smartphone.