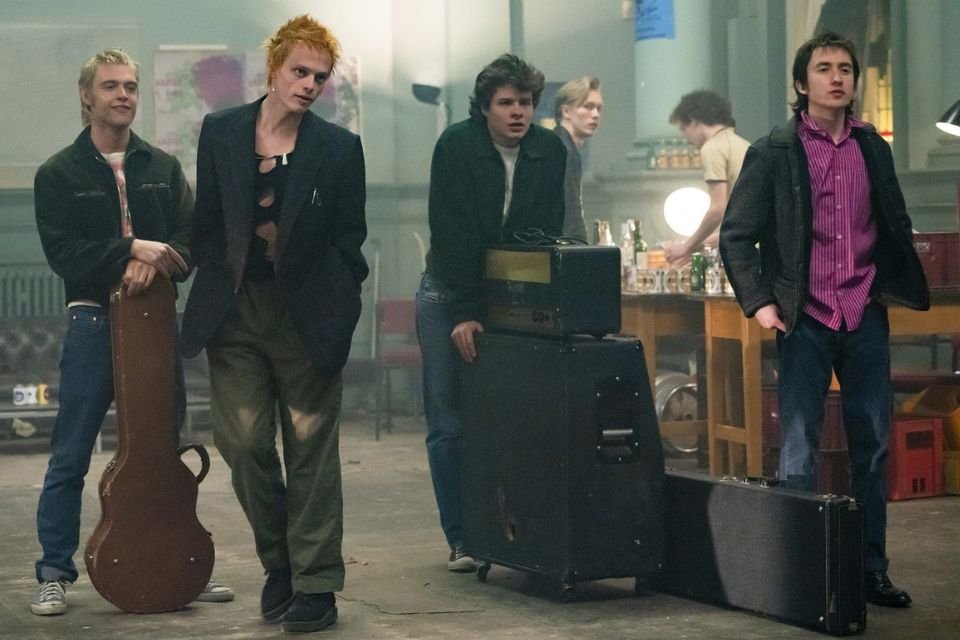 The history of music – especially from rebellious genres such as rock and punk – it is inevitably fascinating🇧🇷 Not by chance, it was revisited several times both by fiction (remember, for example, the incredible Almost Famous, from 2000) and by journalism (the most fervent ones will remember the classic Mate-me Por Favor – The uncensored history of punk, a compilation of testimonies made by journalists Legs McNeil and Gillian McCain in 1996).

And perhaps few episodes are more symptomatic of punk than the three years that England was shaken by the presence of the Sex Pistols, a “manufactured” band that caused the iconoclastic spirit to settle among thousands of young people dissatisfied with the life that was reserved for them.

On the one hand, there was a tiny aristocracy centered on the privileges of the monarchy; on the other, a gigantic working class in execrable conditions supporting this class. Why didn’t this system explode?

It is in this context that a couple – businessman Malcolm McLaren and stylist Vivienne Westwood – decide to make a great manifesto that expresses itself through a broad and corrosive aesthetic. One of the arms was fashion, in the creations of the Sex store, by Vivienne, who created clothes that played with sacred symbols (such as the very image of Queen Elizabeth II) to mess up the status quo🇧🇷 The other arm was music. That’s when McLaren comes up with the idea of ​​putting together some misfits who couldn’t even play instruments to create a punk band.

In short, this is the story of Pistol, a six-episode miniseries that tries to tell the scandalous story of the Sex Pistols band during the 1970s (more specifically, between 1975 and 1978, with some attempts to revive it in the following decade). This rescue is made by director Danny Boyle (from Trainspotting I and II) from the memoir Lonely Boy: Tales from a Sex Pistol, by guitarist Steve Jones, who would have been the head (if there was one) of the band.

But perhaps there is an enigmatic question in this adaptation: this is a series produced by Disney and available on Star+🇧🇷 Sex Pistols and Disney: does it make any sense to think about this union – or is it just a trap?

Criticized by a large part of the specialized critics, Pistol’s main accusation was that of forcibly “tame” and reductive reading of what this period of great confusion would have been. The truth is that six episodes are perhaps not enough to tell the story of this “anarchist meteor” clearly.

I would say, for example, that the self-destructive relationship between bassist Sid Vicious and his girlfriend, groupie Nancy Spungen (for those who don’t know: they were heroin addicts and Sid killed her, without realizing it, while he was drugged, and in the following days he himself died of an overdose) ends up getting a little lost in the midst of so many other stories.

But there are some very interesting aspects to the story told by Danny Boyle. For starters, the little-known details of this punk mythology. Centered on Steve Jones (played by Toby Wallace), the plot focuses much of its space on the somewhat strange relationship he had with Chrissie Hynde (the beautiful Sydney Chandler, very competent in the role), one of the employees of the Sex store, by Vivienne Westwood (Talulah Riley).

Chrissie, as any music fan knows, would become a legend herself fronting The Pretenders. But in Pistol, it’s pretty clear that she’s an aspiring guitarist, dating a music critic, but jumping at an opportunity that never comes.

She plays a key role in Steve Jones’ “music education” – who is a sort of lover / platonic love / student – but her participation in the punk scene is never acknowledged. When there’s an opportunity for her to go play in the Sex Pistols, Chrissie isn’t even remembered.

The other female characters are also shown in the same way, somewhat subaltern. Vivienne is a kind of articulator of the wild ideas of Malcolm McLaren (the somewhat exaggerated Thomas Brodie-Sangster). Nancy (Emma Appleton), who died too soon, is just a crazy freeloader. Other women also just circle around this punk scene and help to make an audience for the men to shine.

I think that this is not a defect of the series, but rather a way that Danny Boyle found to show that all the punk anarchy, many times, hid the fact that that was always a misogynistic context in which women did not even have a voice.

Punk as a manufactured style

With crazy style and a good scenic reconstruction of England in the 1970s, Pistol is a good pastime and document for those who enjoy music history – in particular, for those who may not have such in-depth knowledge as to recontextualize what is being shown there.

Some actors are especially inspired by this dramatization. I think the highlight is Anson Boon playing John Lydon, or Johnnie Rotten (a nickname that means something like “Rotten Little John”, in reference to his bad teeth).

If Rotten is usually remembered in punk history as a caricature, he seems to gain more depth in Pistol: he was the most aware and able to understand McLaren’s interests behind the “opportunities” he said he provided for four nobodys.

Finally, the great wealth of the miniseries, in my view, is the analytical look that Danny Boyle places on the Sex Pistols as a group clearly engendered and calculated to generate repercussions and pass on a message that was not exactly theirs. Like human puppets, the “musicians” served as an apparatus for the manifesto imagined by McLaren and Westwood – the latter being shown as “intellectuals” who proposed a discourse on complete iconoclasm in relation to the values ​​of the British monarchy and everything it represents to this day.

But is it fair or ethical that this has been done to other people? Is Malcolm McLaren a villain or a punk genius? It’s up to the viewer to decide. But, without a doubt, Pistol allows a very fun dive into one of the most fascinating moments in the history of music.