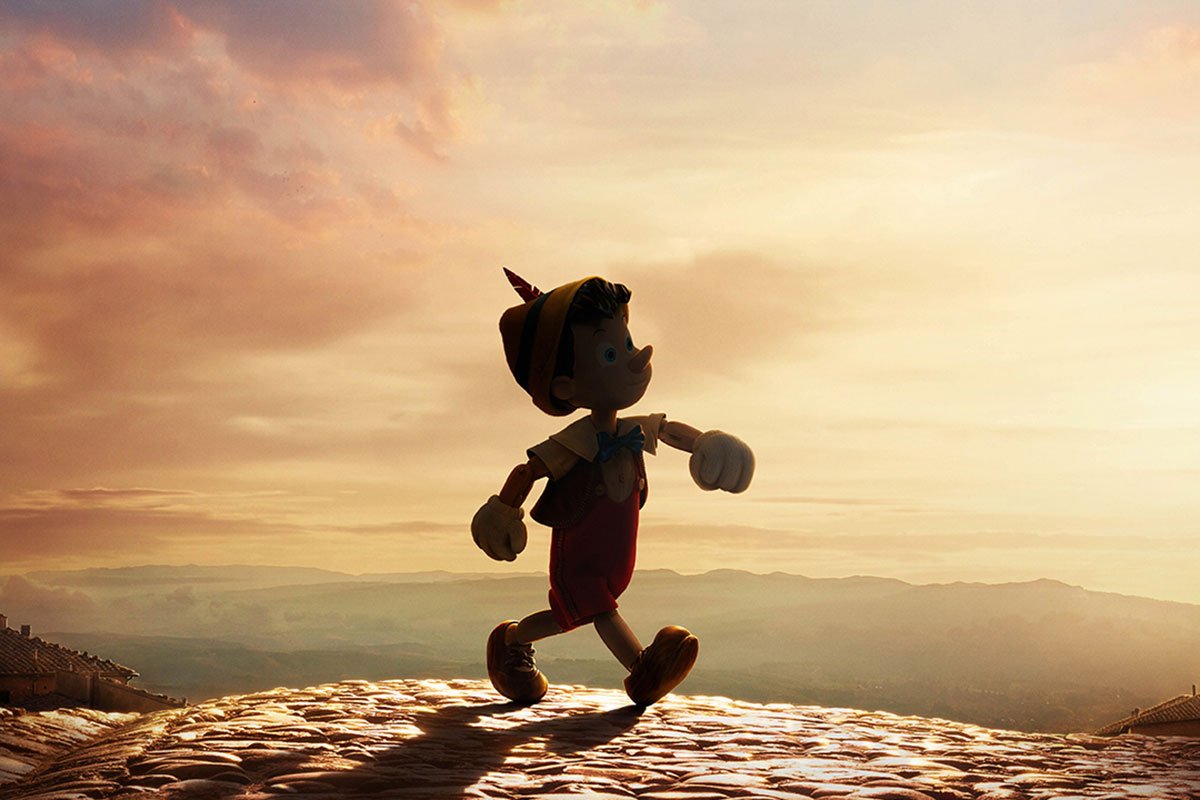 Since the debut of Pinocchio, remake of the Disney classic directed and scripted by Guillermo Del Torofans of the trajectory of the wooden puppet who wants to be a real boy are pointing out the main differences between the two versions.

After all, while Disney released Pinocchio in 1940, Del Toro was able to use all the technology of 2022 to bring his own elements to the story we love so much. So, how about checking out what are the main differences between the films?

Without a doubt, one of the main differences and perhaps the one that is most obvious to the public is the animation style. The Disney version was produced in 1940, with hand-drawn designs, but still stood out in studios at the time.

In contrast, Del Toro’s version was produced with stop-motion animation, with a level of technology that helps bring more realism to animations.

9 – The design of the characters 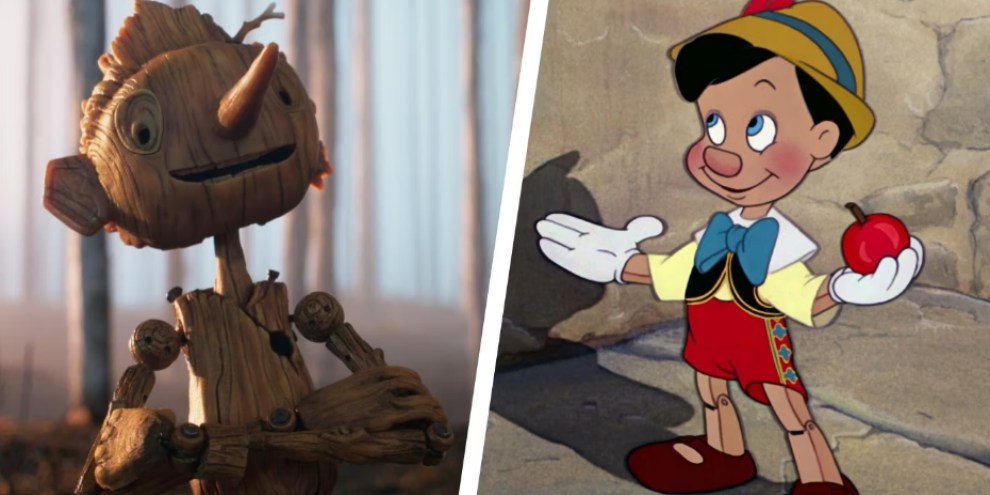 Likewise, it is worth mentioning the difference between the style itself of the characters. At Disney, most characters are easy to recognize as being developed by the same studio. However, Del Toro’s version brings a more rustic and natural look to Pinocchio and the others.

8 – The choice of characters 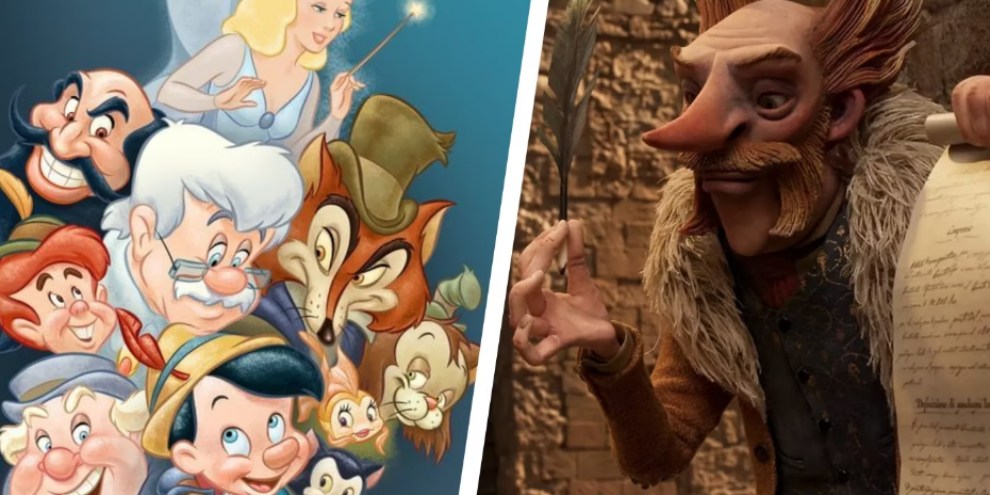 Although both films have the same characters, as is the case with Pinocchio and Geppetto, some other appearances may surprise fans. Disney’s animation features the Blue Fairy and the cat Gideon, for example, who are not in the new version.

Del Toro introduces characters that complement the Jiminy Cricket narration and engage the audience in this new way of telling the story, being an added touch that helps make the film a success. 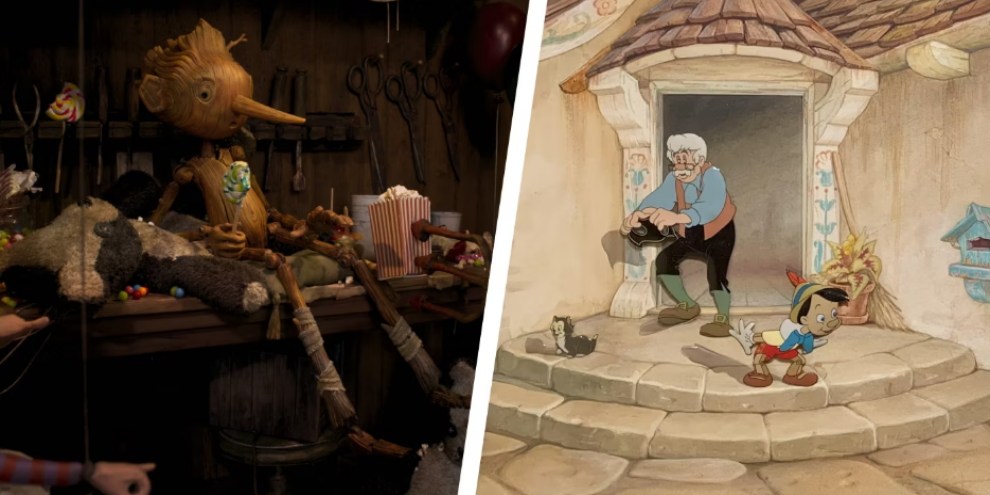 The story of Pinocchio takes place in Italy and director Guillermo del Toro did an excellent job in portraying his historical era, bringing elements that refer to Mussolini’s dictatorship. Thus, the script becomes an escape from the political plot that was developing in the country.

In turn, the original animation does not have a specific setting and does not delve into the story as much.

6 – The universe of the movie 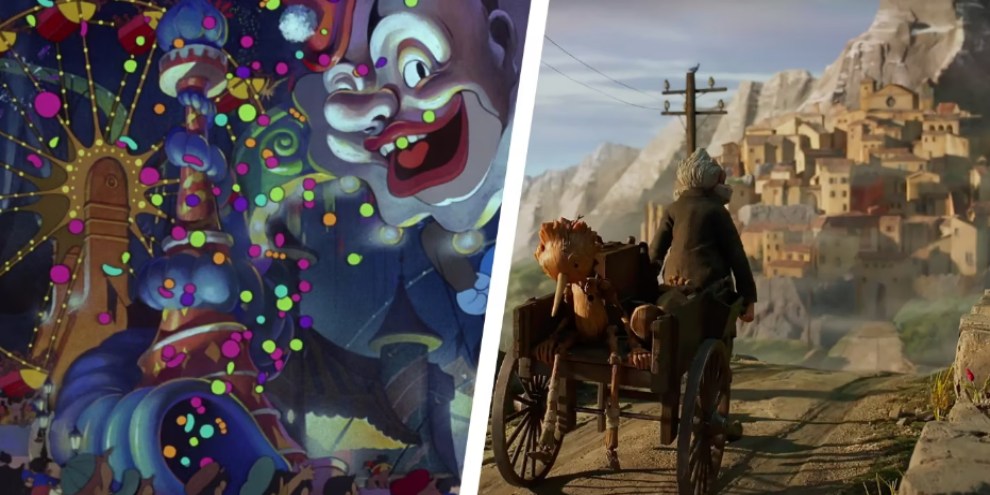 Just as the scenarios differ, the construction of the fantastic world where Gepetto and his wooden puppet live is also different. The Disney version, like its other productions, is quite magical, surreal, colorful, while Del Toro even invokes some of these elements, but prefers enchanted forests and mountains to tell his story. 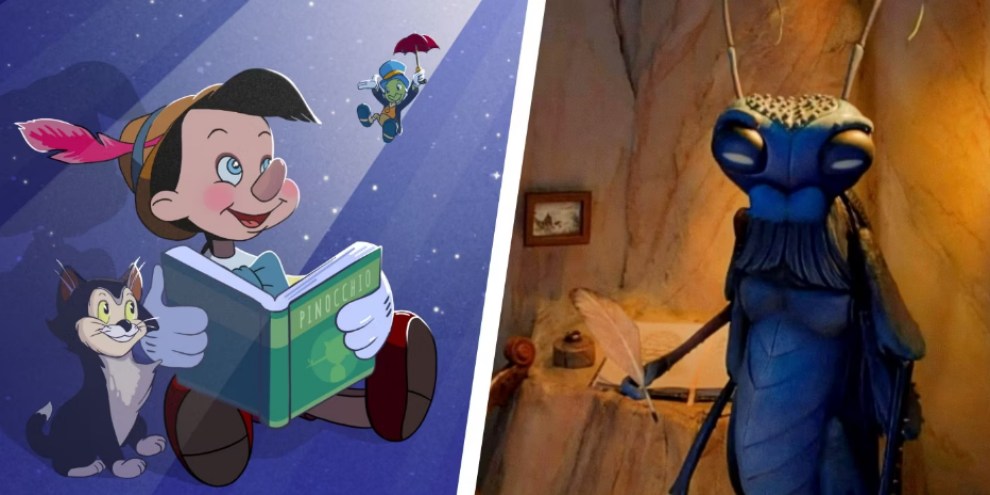 Pinocchio’s trajectory is known to all of us, but it was to be expected that Del Toro would bring his own elements to the plot. With that, the remake tells its own story, bringing a more elaborate background to the characters and with a greater focus on their humanity, and not on the magic itself. 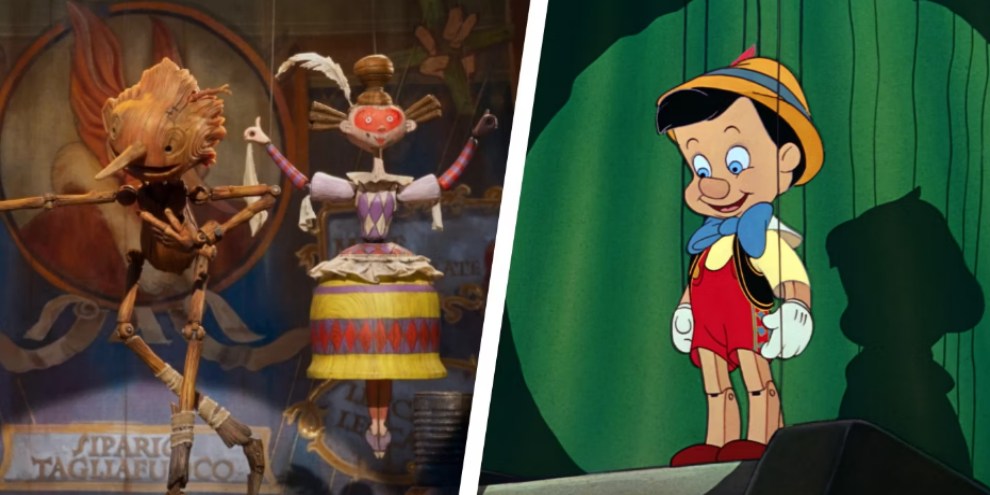 Most Disney movies focus on music and the studios are known for their classic songs, as is the case of “I’ve Got No Strings” and “When You Wish Upon a Star”, from Pinocchio🇧🇷

The movie remake also has its musical numbers, but there’s no denying that the songs don’t have the same power as the original version. 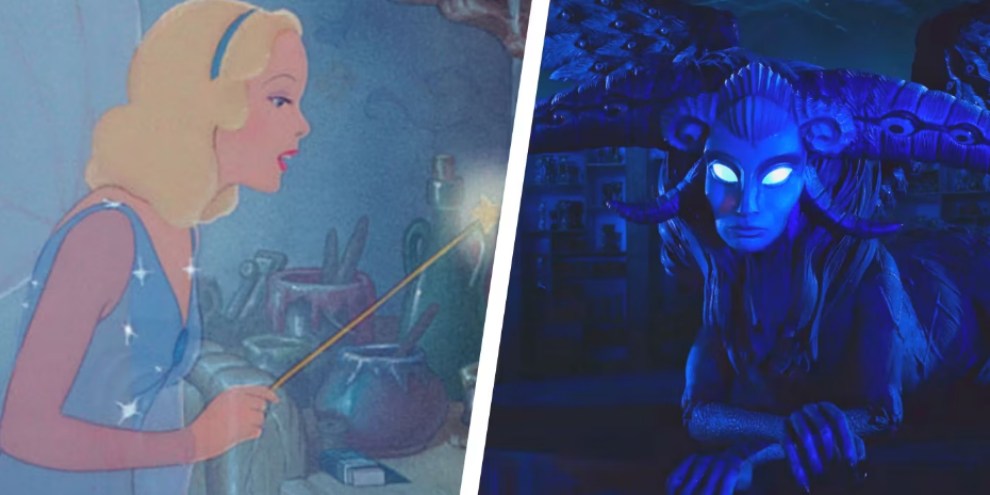 One of the biggest differences between the two versions is the tone in which the story is told. While Disney brings a more fun and magical aspect, the director wasn’t afraid to bring in darker elements that take away from the Disney story. So that’s a difference worth paying attention to!

2 – The relationship between Geppetto and Pinocchio 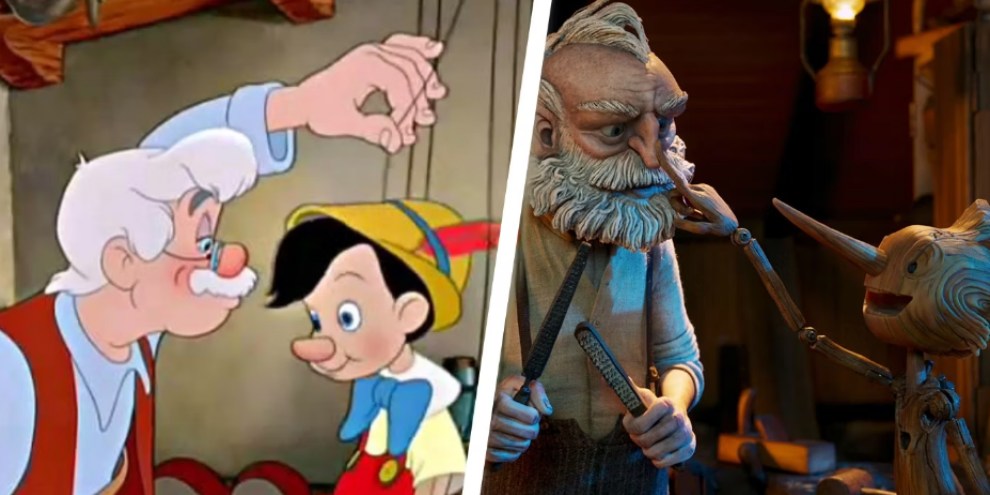 At Disney, Gepetto and Pinocchio have a very close relationship and they love each other like family, but they are not necessarily the focus of the film, rather the adventures of the puppet.

However, Guillermo Del Toro, with the aim of deepening the emotions of the characters, brings the focus of the plot to this relationship on a deeper level, exploring feelings such as compassion and loyalty. 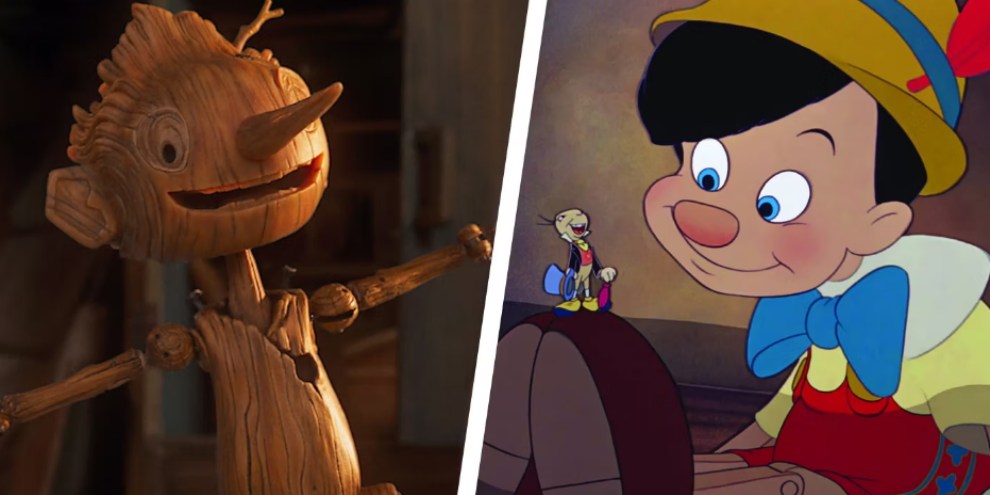 Finally, it’s hard not to point out the differences from Pinocchio himself. In both versions, his innocence and curiosity are explored, but the Disney version presents him as a rather childish and even irresponsible character.

In turn, Del Toro brings a slightly more mature version, who pays more attention to what happens around him and has more complex feelings. Taken together, that’s what makes the new remake almost like a more mature version of the story!

So, did you like to know more about the differences between Disney’s Pinocchio and Del Toro’s version? In order not to miss anything that happens in the world of series, movies and anime, keep an eye on the site. Also, take the opportunity to share the article on social networks!