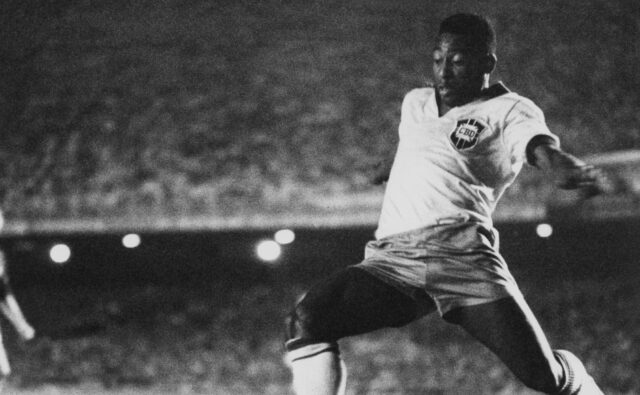 Pelé, the King of Football, died at the age of 82, this Thursday (29). The former player began his career in football at the age of 15 and accumulated impressive achievements throughout his career.

Some of them were the 1,282 goals, the three World Cups for Brazil, two Libertadores and two World Cups for Santos. Outside of sports, the player has also participated several times in famous films and series, in addition to inspiring comics.

If you want to know more and remember Pelé’s life, check out four productions that tell the success story of the King of Football.

Films and documentaries about Pelé

The oldest on the list, This is Pele is a documentary that details the Brazilian player’s 17 years of football.

“Alongside the great genius, the great achievements of Brazilian football are shown, with emphasis on the 1958 and 1970 World Cups. Pelé speaks about his qualities and we see scenes of the most important matches he played, the most emotional goals he scored, how a testimony and a legacy of teachings for current and future generations of Brazilian football”, points out the synopsis.

Directed by Aníbal Massaini Neto, the documentary features rare footage of Pelé, in addition to several interviews with people close to the player, including former players, friends and members of his family.

Released last year by Netflix, the documentary recalls the entire trajectory of the King of Football. With interviews from former teammates, including Zagallo, Jairzinho and Rivellino, the production shows how the former player went from a young star in 1958 to a national hero in 1970.

As the title indicates, the film shows all of Pelé’s childhood and the beginning of his career, who started playing professionally at the age of 15. “The greatest football player of all time, he leads Brazil to the 1958 World Cup title campaign.”