OnePlus Nord 2: here is the Pac-Man edition that will appeal to nostalgics

After the Harry Potter connected watch, OnePlus will hunt Pac-Man. The Chinese manufacturer has announced the upcoming arrival of a limited edition of its OnePlus Nord 2 around the famous video game hero.

How to make your product even more fun and give it a new image? By finding the right collaboration that speaks to the greatest number. After the Harry Potter Watch, partnerships with McLaren, Star Wars, or even Cyberpunk 2077 for the OnePlus 8T, the OnePlus Nord 2 has found a new sidekick.

This Monday, the Chinese firm announced its OnePlus Nord 2 x Pac-Man Edition, ” that pushes the boundaries of a great device for a fully personalized package to celebrate one of video game’s greatest icons ”. Suffice to say that this is the same phone that we had tested with pleasure, but which offers a new dimension that is much more fun.

The most famous round and the yellow hero will thus go on a ghost hunt on the latest mid-range smartphone from OnePlus, just to bring entertainment to a higher level.

For the moment, the brand is content to tease and only gave us a few details about its next device. It is known that its back has been redesigned to reveal a dual-layer design with phosphorescent ink in the heart of the case. The device will thus be able to glow in the dark and reveal a fairly classic and immediately recognizable Pac-Man game board. What immediately put in the ensemble and find its marks.

On the interface side, OnePlus promises to have adapted its OxygenOS interface with a few nods to the game and its iconic characters. The company even indicates that the interface has been “gamified” to honor its distinguished guest. As for the recent version of Cyberpunk 2077, application icons will be particularly in the retrogaming spirit of the game, as will the wallpapers and animations.

The packaging of the OnePlus 8T Cyberpunk 2077 Edition // Source: Weibo

You will obviously find a Pac-Man game there but also challenges to take up and exclusive content to unlock (stickers, wallpapers, etc.). By charging your phone for a while, you will also get some small bonuses. This OnePlus Nord 2 x Pac-Man Edition intends to go further than simple smartphone customization and offer a different model in form and use than the initial version, of which it nevertheless incorporates all the technical advantages. However, it is only offered in a single version with 12 GB of RAM and 256 GB of storage.

According to Android Central, who may have had some additional information, the Pac-Man 256 game will be preinstalled and a dedicated camera filter will also be available.

The OnePlus Nord 2 x Pac-Man Edition will be available soon on the OnePlus site at 529 euros, or 30 euros more than the normal version with the most storage memory, for the pleasure of having a Pac-Man device. While waiting to know its exact date of availability, you can always go and wait by playing a few games on the dedicated page of the OnePlus site. 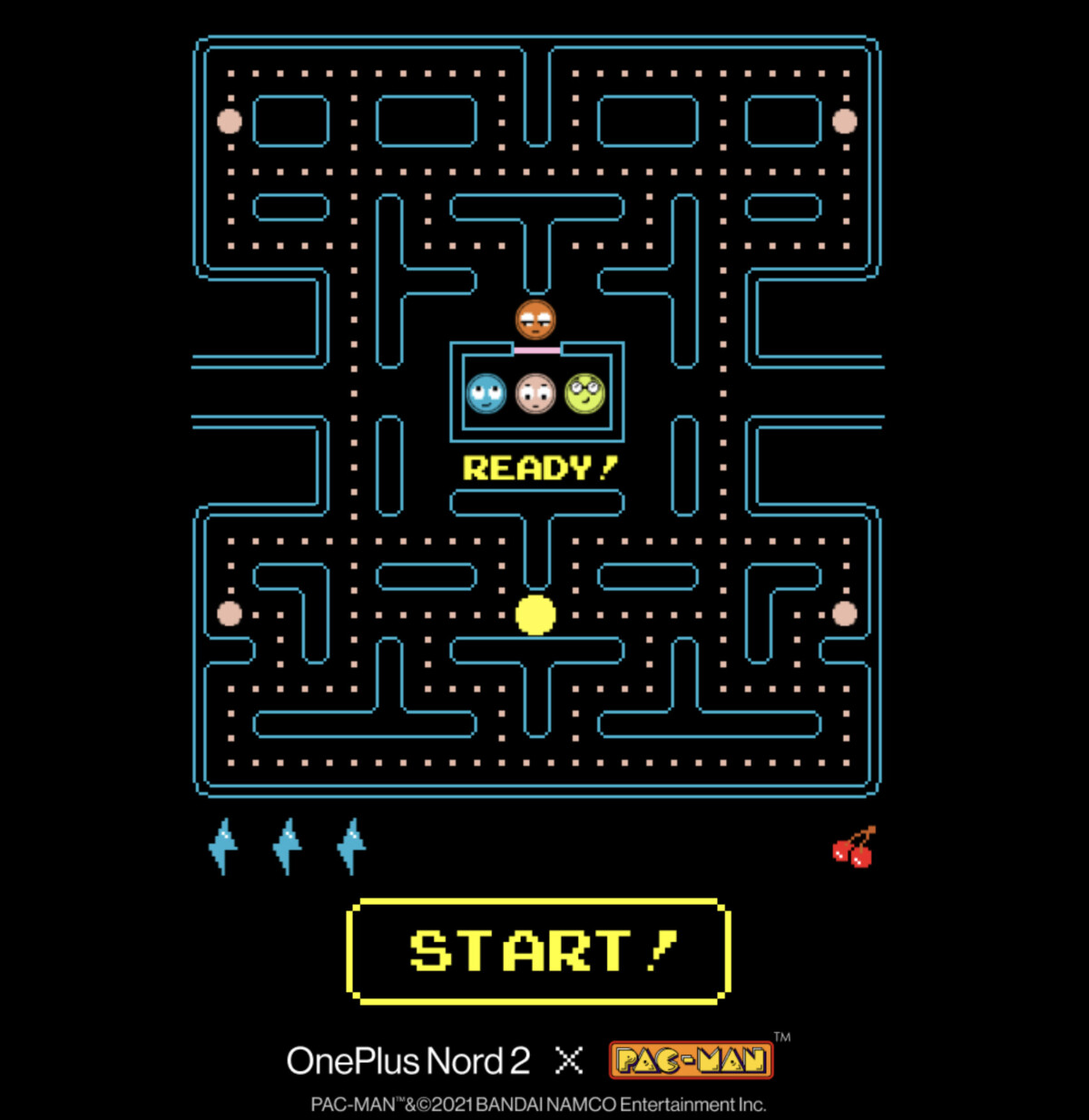 To follow Frandroid, we invite you to download our Android and iOS application. You will be able to read our articles, files, and watch our latest YouTube videos.

OnePlus, OPPO, realme: all should adopt 125 Watts charging on their smartphones in 2022