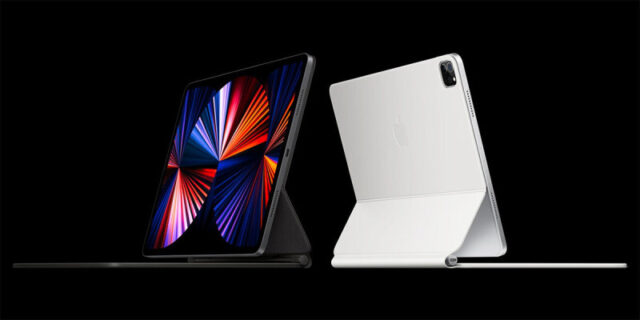 The 12.9″ iPad Pro now offers a 120 Hz mini-LED, and the 11″ a more traditional 120 Hz IPS panel, which indicates that Apple is willing to move away from IPS-LCD dominance to more advanced screen technologies in the direction of. The OLED used in iPhones has often been discussed at the rumor level, but no Apple tablet has yet arrived with this type of panel, and according to Ross Young, there won’t be until 2024. On the other hand, in the first quarter of that year, two may be introduced, with a screen diagonal increased to 11.1″ and 13″, in the same house, with less coffee. This could also mean that there won’t be a 2023 iPad Pro, and Apple is saving the gunpowder for the big 2024 update. In the same year, the first MacBook with an OLED panel may appear, and a giant 16″ iPad is also being mentioned.

Ming-Chi Kuo doesn’t want to be left out of the New Year’s Eve rumor mill either: according to his information, a device with a bendable screen will not replace the iPad Mini, because it would involve such an additional cost in terms of production and price tag that the more favorable price of the Mini would go to waste. On the other hand, Apple is working on the development of a new, traditional Mini, the attraction of which may not be the shape, but the stronger hardware. However, the analyst does not add the possible Apple M-series chip with buffalo power, it is more of his own speculation. The named Mini may arrive at the end of 2023 or at the very beginning of 2024, certainly missing out on the OLED party. Let’s add: Ming-Chi Kuo doesn’t claim that there won’t be a foldable iPad, just that such a thing won’t replace the iPad Mini.