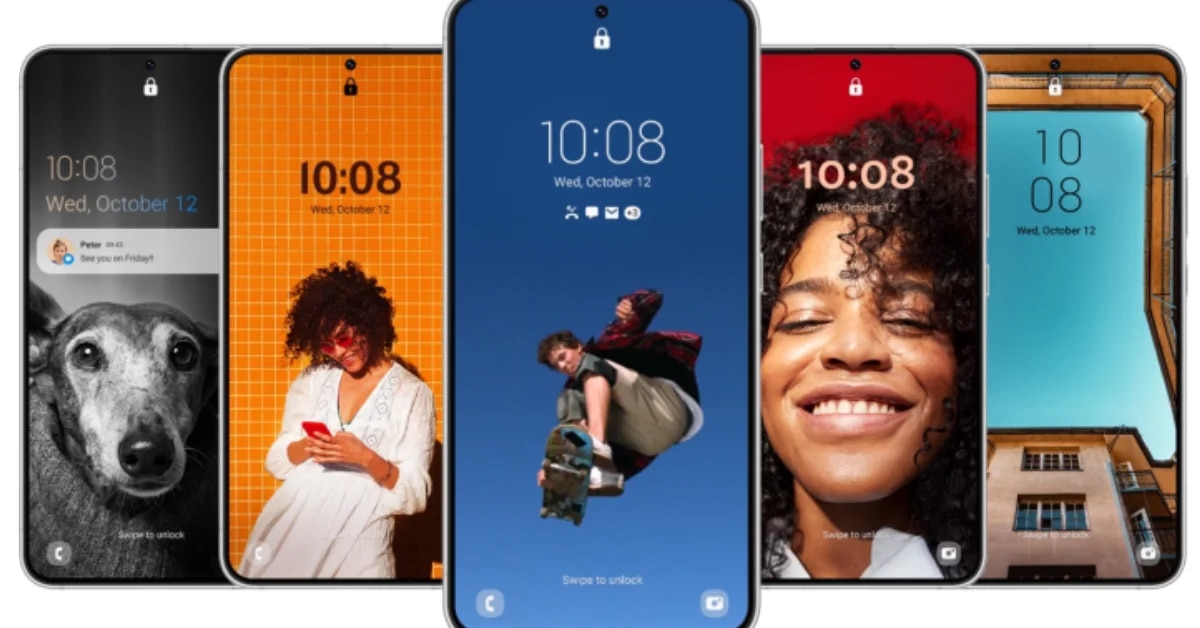 From design changes to new features will arrive One UIthe personalization layer of the telephones of samsung which is updated to its version 5.

The changes will be made from the next few weeks around the world, although some options will only be in English.

Starting with the changes in the design and customization, users will have the possibility to put a video on the lock screen of their phone, which must have a duration of three seconds, so it can be cut to locate the best part and that this is what is shown before to unlock the mobile.

In this section, customization options for the clock and pop-up windows were also enabled, with the option of placing them in the desired place and choosing between various designs.

In addition, there will be Stacked widgets that will allow these windows to be placed one on top of the other to save space on the main screen; to find them they will slide on the same square to the left or to the right.

Four new options add to this layer of customization.

First of all there is the possibility to answer calls via text with the help of Bixby Text Call, a button that will appear when someone tries to communicate, but instead of answering, the panel will open to dictate the text message and start the conversation that way.

The feature will initially be available in South Korea with an English version planned for early 2023.

Also, Routines arrive to these mobile devices that allow organizing the phone according to the needs of the day. For example, configure it so that at night it uses the dark mode and the notifications do not sound or that when exercising, music is given priority.

Additionally, you can convert images into text to copy it to the clipboard and then paste it into some content. This can be useful when taking photos of business cards or a poster and only taking contact details to save that information.

Finally, the menu was created Connected devices with which users will have the option to control the other devices that are connected to their smartphone by accessing functions such as Quick Share, Smart View, Auto switch Buds and Samsung DeX.

On this last point, the customization layer changed the security panel to “be as simple as possible, so that it is quick and easy to understand the status of your device”, so the information will appear more clearly and directly, with suggestions and warnings according to the state of the cell phone.

A function was added when sharing an image that warns the user if there is sensitive data in that photograph such as identification numbers, credit cards, among others. Although at the moment this configuration will only be available if the cell phone is personalized in English and Korean.