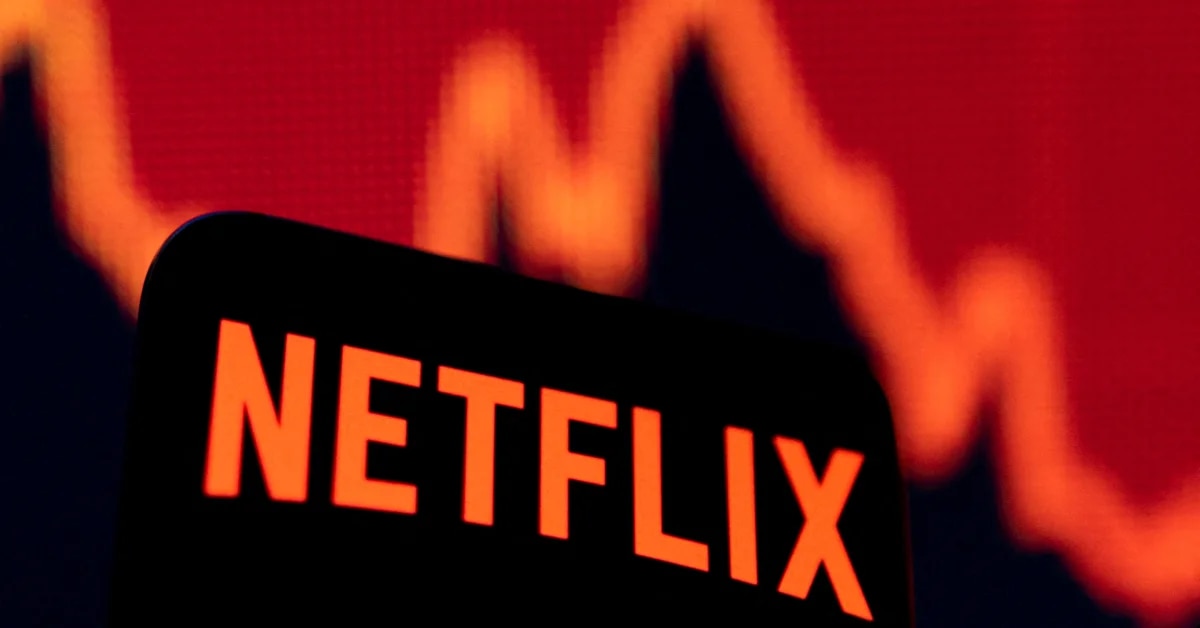 The actions of Netflix lost more than a third of its value on Tuesday after it reported its first drop in subscribers in a decade, leaving Wall Street to question its growth in the face of fierce competition and post-pandemic viewer fatigue.

After the first negotiations on Wall Street, the shares of the streaming pioneer fell 35% to $223 and they were headed for their worst day in a decade if losses continue. At least a dozen analysts were quick to temper their views on a stock that has been an outstanding performer in recent years.

“Netflix is ​​an example of what happens to growth companies when they lose their growth,” said Kim Forrest, chief investment officer at Bokeh Capital Partners in Pittsburgh. “People buy growth companies because they think their cash flow is going to grow, so they pay upfront to anticipate that. When a stock like this falls, growth-seeking people quickly fold.”.

The plunge in shares could erase the gain of the past two years, when his business boomed as new customers joined his platform to weather lockdowns.

Netflix had planned to add 2.5 million customers in the period under review – and analysts expected even more – but instead lost subscribers for a total of 221.64 million viewers.

“The suspension of our service in Russia and the progressive decline in the number of Russian paid subscribers led to a net loss of 700,000 subscriptions. Without this impact, we would have had an additional 500,000 subscribers” over the last quarter of 2021, the company said in a statement.

The firm billed 7.9 billion dollars in the first quarter of the year, 10% more than a year ago in the same period, thanks in particular to the increase in the number of subscribers in 12 months (+6.7%) and an increase in rates.

In an effort to calm his nerves, Netflix executives told analysts on Tuesday they were looking into offering an ad-supported service for the next year or two and vowed to crack down on password sharing.a long-standing problem for the service.

The demand for fresh and engaging content is also on the rise, forcing Netflix and others to consider bigger budgets for production, even as costs rise in an inflationary environment.

“Netflix’s profitability or business model is not the issue, as the numbers show, but rather that some consumers may be canceling their subscription due to inflation and post-pandemic user fatigue.said Peter Garnry, head of equity strategy at Saxo Bank.

Brokerage JP Morgan was the most aggressive in halving its price target to $305, well below Wall Street’s median target of $400. “Short-term visibility is limited … and there’s not much to get excited about in the coming months beyond the new, much lower share price,” said JP Morgan analyst Doug Anmuth.

Anmuth also cut his estimate for the number of net subscribers in 2022 in half, to 8 million.

For the second quarter, Netflix has prepared new seasons of the popular series “Ozark”, “Stranger Things” and “Grace and Frankie”.

Needham, however, took a different view. The brokerage has upgraded its rating on the stock to “hold” from “underperforming,” buoyed by the company’s plans to add a low-priced ad-supported service.

(With information from Reuters and AFP)