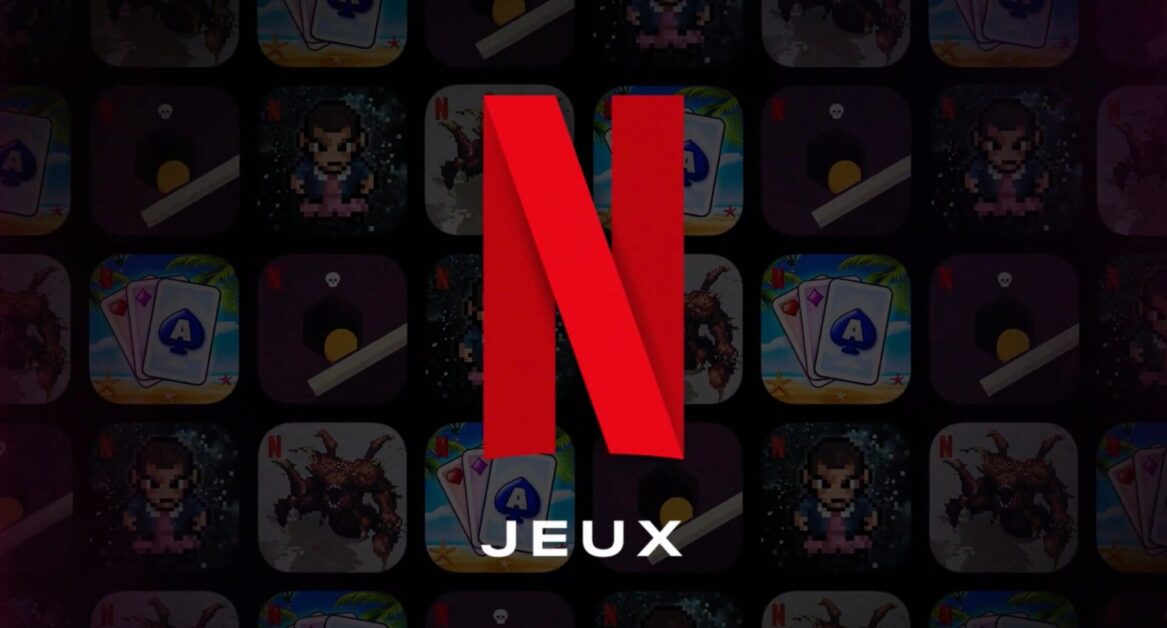 After a launch in Poland, Spain, and Italy this summer, the Netflix Games service is coming to France. As of Tuesday, the platform will deploy its gaming offer with five titles that will be accessible from the application on Android. All at no extra cost. Netflix’s first real foray into video games is confirmed in France and elsewhere. 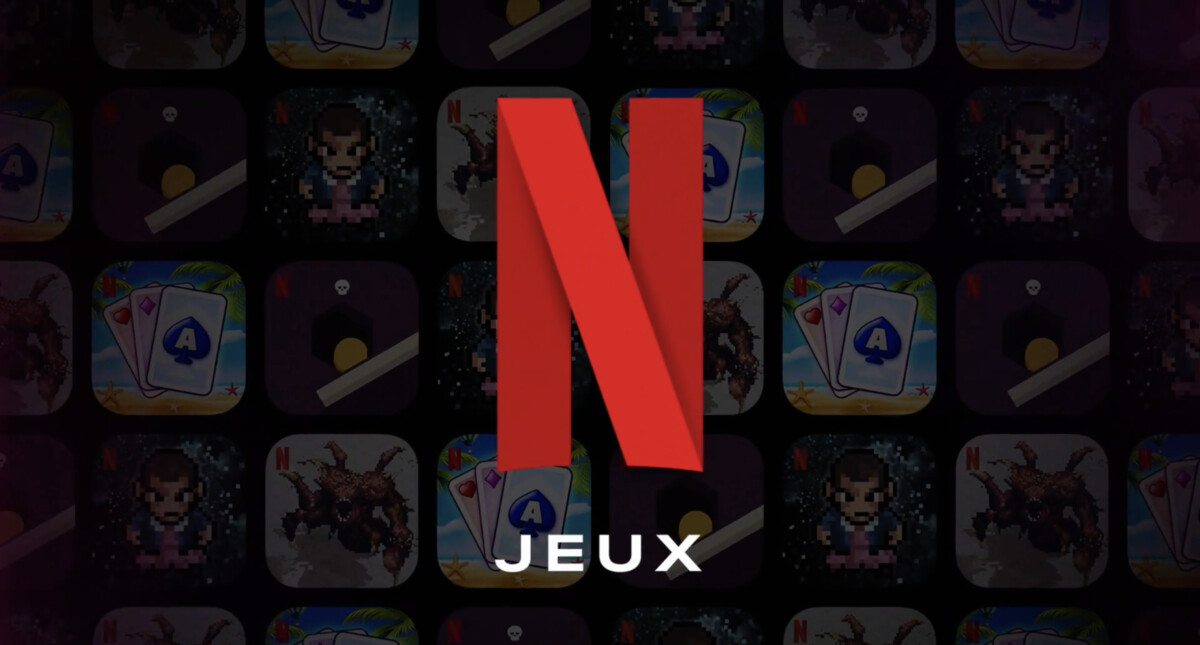 If you envied Polish subscribers, but also Italian and Spanish subscribers who were the first to be able to enjoy it last summer, good news: Netflix Gaming (Netflix Games in French) is coming to France.

For the moment, the offer is quite limited with five games at first. But Netflix claims to want ” build a library of games that meets the desires of each and every one of you“. The information had leaked from this summer and the offer was rather expected in global availability at the beginning of 2022. It will ultimately be much faster than expected.

As of Tuesday, the platform will begin to deploy its offer of access to mobile games for its subscribers, we learned from Netflix. A first attempt to diversify its offer with content for all audiences and especially unpretentious games.

Despite the recruitment of Mike Verdu (ex-Electronic Arts and Facebook) in the summer, Netflix obviously does not intend to establish itself as a new video game player, but more as a versatile platform that will make you stay even longer at home by offering occupancy for every moment of the day. In any case, this new service is nevertheless intended to be ” the start for us of a great gaming experience“.

How to enjoy Netflix Games?

Obviously, you have to be a Netflix subscriber and use an Android smartphone or tablet. iPhone or iPad users will still have to wait, as will Windows PC or Mac users. All you have to do is launch your Netflix application and a new Netflix Games space will appear. This is where you will find the games available.

If you are on a smartphone, everything takes place in the Games area. If you’re on a tablet, you can also select games from the Categories drop-down menu.

Download Merge Attack PvP for Android Free instead of € 0.69 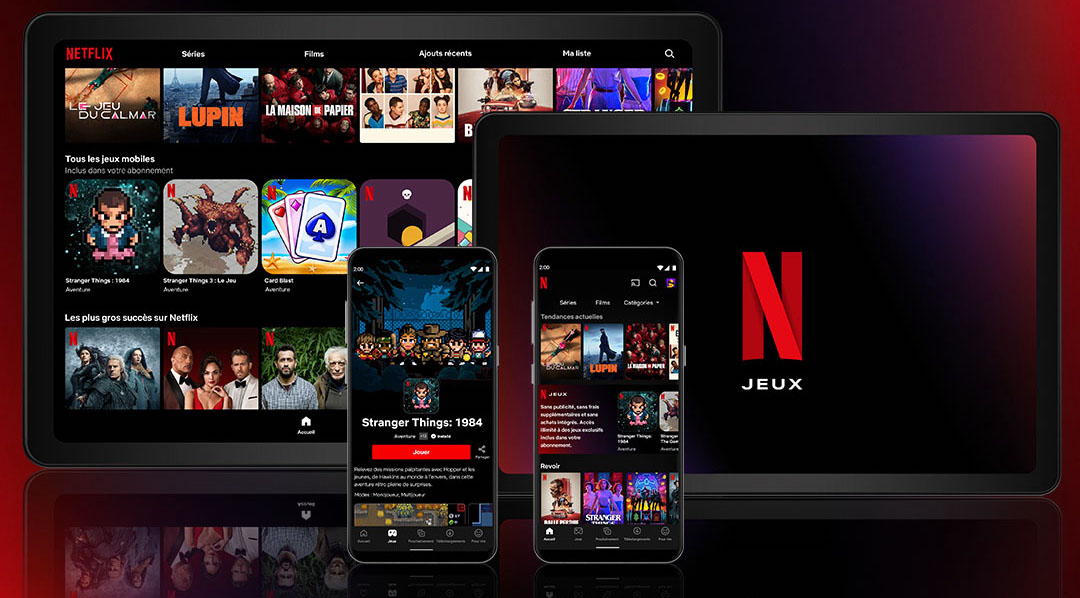 Choose the game you want and click on it, then you are taken to the Google Play Store to download the games. Because we’re not talking about cloud gaming here or even streaming, but downloading. It will take space on your mobile device (but not much). Bad news if you do not subscribe to the streaming service: you will not be able to play smart and download the games, except for Stranger Things 3: The Game already available.

The games are accessible from all profiles of the same account and it is possible to play on several mobile devices. A message will appear if you reach the limit of allowed devices. It will then be enough to deactivate one from the Netflix.com site to take control and add a new device.

The deployment begins this Tuesday evening.

What games are available?

If the test version of Netflix Gaming only offered two titles, five games are available in France. ” VSinq first games“, As the company specifies, which intends to enrich its catalog in the coming months if the enthusiasm becomes clearer. Asked about the subject, Netflix told us to work with many studios around the world and in particular the French from Gameloft for future titles. The company has already dropped the Night School Studio (Oxenfree, Afterparty, Next Stop Nowhere) into its purse to boost its offer.

In the meantime, we’ll have to rely on more games casual, intended for an audience ” more family “, we are told. No FPS insight or AAA games, here, the successful house license has been favored with Stranger Things: 1984 or Stranger Things 3: The Game. The first features a return to 1984 in an action-adventure game infamous Hawkins locations. Follow Hopper and the kids around the world upside down in this delightfully retro game where you’ll have to solve puzzles using each other’s strengths and weapons.

The second is a beat ’em up taken from season 3 of the series: it is available on consoles, PC and mobile when it is released in 2019. It plays the 16-bit pixel card in aerial view. You can play as one of the 12 characters from the series (Eleven, Mike, Dustin, Lucas, Will, Max, Hopper, Joyce, Jonathan, Nancy, Steve, Erica). You can choose to play solo or in local co-op.

More accessible games like Shooting Hoops (a game of skill combining basketball and darts to aim well), Card Blast (poker game revisited in a puzzle style, solo or multi) and Teeter Up (game playing on gravity with a ball to guide in a hole) are also proposed.

The games are available on Netflix Gaming in French if this is the language defined in your account preferences. Otherwise, they will switch to the chosen language. Some games do not require an internet connection and may be available offline.

8 new movies on Netflix, Amazon Prime, Disney Plus and more for this weekend

How much does it cost?

Since the official announcement of the project, Netflix has assured that everything will be done ” within its subscription, at no additional cost“. This is indeed the case and you keep your usual subscription, Netflix Games being akin to bonus content. In addition, as with Apple Arcade, no in-app purchases or advertising are present in the space or within the games.

Netflix Gaming: What about security?

While the games are predominantly for all ages, they may not be suitable for very young people. The platform’s parental control procedures also apply to the Games section. They are not available for Youth profiles. If a PIN code has been configured on a parent account to prohibit access to certain content or adult profiles, it will also be applied to play.