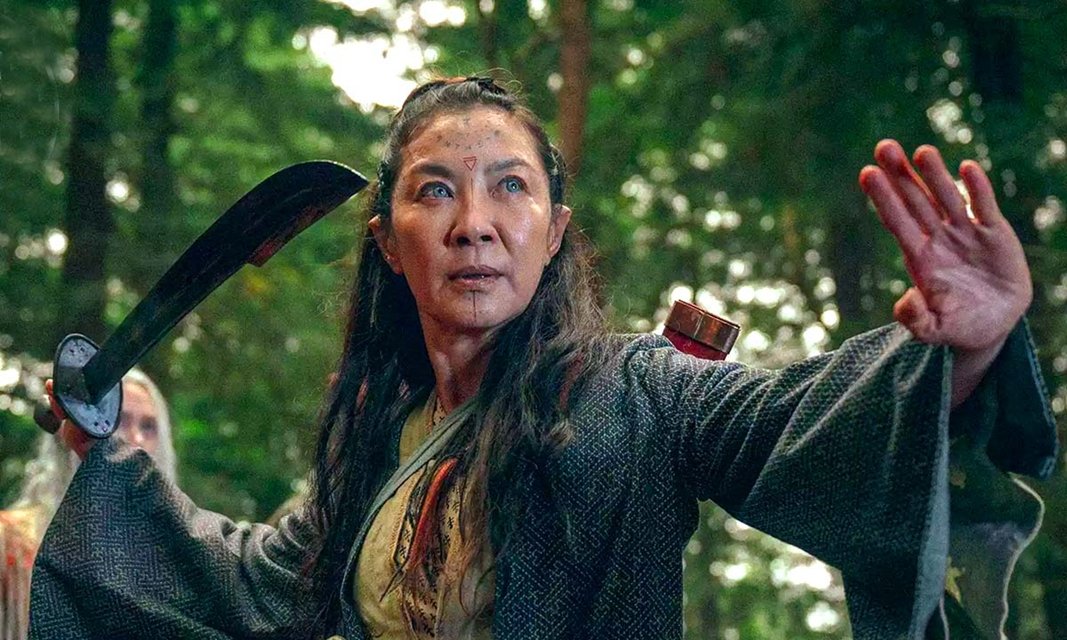 Among the top releases in December on Netflix is ​​the highly anticipated premiere of The Witcher: The Originspin off of The Witcherthe 3rd season of Emily in Paris and the 2nd season of alice in borderland🇧🇷 In addition to premieres of new films, documentaries and anime.

In the field of films, the highlight is Glass Onion: A Knives Out Mysterysequence of success Between Knives and Secretsfrom 2019 and Pinocchio by Guillermo Del Toro.

Check out the full list of premieres below and get your popcorn ready!

More than a thousand years before the world of The Witcher, seven outcasts from the elven world unite in a bloody quest against an unstoppable power.

Newly hired by the CIA, a lawyer becomes embroiled in a world of international espionage when a former collaborator threatens to expose the agency’s secrets.

A year after arriving in Paris for the job of her dreams, Emily has to make difficult professional and love decisions to define her future.

The games are deadlier and Tokyo has become even meaner. Arisu might even make it back to the real world, but will it be worth it?

A new group of singles arrives for a retreat in a heavenly place. But they must resist temptation to win the top prize.

A new group of singles arrive on a desert island in search of true love. Will they find someone to enjoy a paradisiacal encounter with?

Since adolescence, no problem has been able to separate Kate and Tully. But perhaps a single mistake could jeopardize this friendship of so many years.

After four years in prison, Teresa escapes thanks to Epifanio, who wants to send her to Bolivia. But Sofía, now a teenager, also needs her mother.

In the new Brazilian season, the participants are looking for love, not looks. Get ready for more romance and more drama than ever before!

In the sequel to Rian Johnson’s Knives Out, Benoit Blanc travels to Greece to unravel a mystery involving new suspects.

In this animated musical, award-winning Guillermo del Toro reinvents the classic tale of the wooden puppet who dreams of becoming a real boy.

A Mexican journalist and documentary filmmaker faces a dreamlike and introspective journey to reconcile with the past, the present and with his identity.

A little girl with a sharp mind and fertile imagination takes action to change her story once and for all, and the result is fantastic. This is Matilda!

A family tries to deal with life’s conflicts amidst philosophical and universal questions like love, death and happiness in a world of uncertainty.

A frustrated couple tries to save their marriage with an app that rewards good deeds… until their obsession with winning threatens to spoil the game.

Snatchy Ebenezer Scrooge has one last chance to learn from the past and change the future before Christmas Eve is over.

Unhappy with her marriage, the aristocrat Lady Chatterley lives a passionate romance and ends up falling in love with an employee of her husband.

By becoming Pablo Neruda’s postman, a young man immerses himself in a world that feeds his dream of being a poet in order to conquer the woman he always wanted.

The documentary portrays the volcanic eruption that caused several deaths in New Zealand in 2019.Source: Netflix

With detailed footage, accounts from survivors and rescue teams, this documentary portrays the volcanic eruption that caused several deaths in New Zealand in 2019.

Years after conquering Constantinople, Muhammad II consolidates his power, but a ruthless Wallachian ruler threatens to overthrow his empire.

In this improv comedy with celebrity guests, a detective who hates the holidays is forced to solve a murder and save Christmas.

The Husky starts a new season at East Los Angeles College, and the new talent needs Coach Mosley’s help to reach their potential.

Through interviews with accomplices and victims, this documentary explores how a scammer extorted France’s elite and stole millions of euros.

An explosive battle against Dr. Eggman shakes the universe and Sonic must travel through parallel dimensions to find his friends and save the world.

On Christmas Eve, Boss Baby accidentally switches places with Santa’s elf and gets stuck at the North Pole.

Steffi, Luz, their families and friends fight for the future of Cielo Grande after new owners take over the resort in a power play.

With great power at stake, a group of rebel mages and thieves must defeat a sinister force to steal a dangerous artifact.

After evil forces threaten the peace, a young prince embarks on a perilous journey to save his loved ones and discover his powers.

Steffi, Luz, their families and friends fight for the future of Cielo Grande after new owners take over the resort in a power play.