Netflix released this Wednesday (21) the full list of productions coming to the streaming service in October 2022. Among the news are series premieres, new seasons, films, documentaries, anime and children’s cartoons.

One of the highlights for the next month is the series The Midnight Clubwhich is produced by Mike Flanagan of The Curse of Hill House and Midnight Mass. In the case of feature films, one of the main attractions is A very lucky girl. Starring Mila Kunis, Finn Wittrock and Connie Britton, the dramatic film tells the story of a writer who relives past traumas after watching a documentary.

Check out below the Full list of Netflix premieres in October:

In this horror satire, wealthy elites sport the hunt for ordinary, innocent citizens. But a woman will turn the tide.

Dissatisfied with his marriage and work, Arnaldo tries to get rid of everything and start from scratch with the help of a clinic that promises to make copies of human beings.

A boy and a billionaire have in common a love for books and the first iPhone. But after the old man’s death, their mysterious connection refuses to end.

A writer’s perfect life begins to fall apart when a true-crime documentary forces her to confront her harrowing high school past.

He watches over parked cars and will do anything to protect this breadwinner. Even more so now that drug dealers want him and his friends to sell drugs on the streets.

To fulfill his mother’s last wish and prevent her from removing him from her will, an inveterate bachelor hires an actress to pose as his fiancée.

A Polish immigrant arrives in post-war Brazil and needs to prove that he is not a Nazi fugitive in order to enter the country.

Even though he hates Halloween, a father teams up with his daughter to face a spirit that is playing terror by bringing the city’s macabre decorations to life.

In 1943, three brothers approach peoples of the Xingu, in the heart of the Amazon rainforest. When a tragedy befalls the community, they come to the defense of the indigenous people.

Sophie and Agatha’s friendship is put to the test when they end up at a magical school that prepares the heroes and villains of the future.

In 1999, a young woman does her best friend a favor and keeps an eye on the boy she likes. Until it’s time to live your own love story.

An overworked nurse befriends a new colleague at work. Until an unexpected death makes her see him differently.

Nina (Giulia Be) is a young and talented pianist whose dreams are lost between hemodialysis sessions and waiting for a kidney transplant. But her romance with the young doctor Gabriel (Henrique Zaga) helps her overcome her insecurities and fight for her goal of playing on stage with the São Paulo Symphony Orchestra.

Keegan-Michael Key and Jordan Peele provide the English voices for the two demon brothers who star in this animated adventure.

Unfinished business and great opportunities add to the tension in the group, but nothing will stop them from leading an exuberant and fabulous life.

The season is going to get insanely scary! Nicole and Jacques parade Halloween-themed costumes in new episodes that were inspired by Netflix series.

Months before the World Cup, star Paolo Guerrero enters a legal battle after testing positive for cocaine. Based on a true story.

In a home for terminally ill youth, the members of an exclusive club make a pact: the first to die must send a signal to the others.

In this new version of the famous reality show, twelve participants face challenges as they try to identify who among them is sabotaging their missions.

Three sisters who grew up alone and in poverty become involved in a conspiracy with rich and powerful people.

Amateur cooks put their skills and creativity to the test by creating dishes that are quick, easy, delicious and worthy of a big cash prize.

Amid turbulent romances and unrelenting deadlines, Dimple and Rishi face the end of summer school and a defining question: are they made for each other?

Famous musicians choose a single song and aim to do their best live version all in one take.

From Croatia to Philadelphia, Phil travels the world with a smile on his face and a huge appetite for local food and culture. And he even pays tribute to his parents.

The remake of the critically acclaimed true crime docuseries is back for a new season.

Men and women put to the test the power of love blindly in this reality show that won thousands of fans. Featuring Nick and Vanessa Lachey.

A year after Varus’ defeat, a new Roman general settles in Germania, and Ari faces resistance to try to reign over all the tribes.

An American woman falls in love with a Sicilian man she met in Italy, but he ends up dying of cancer. Now, she finds refuge where she least expected it.

The macabre stories in this horror collection are curated by acclaimed director Guillermo del Toro, who won an Oscar for “The Shape of Water.”

Sentenced to death, an American with a talent for solving mysteries helps a young British journalist find a missing friend.

Jay Lycurgo (Titans) and Nadia Parkes (Doctor Who) star in this sweeping series that combines violence and fantasy. Based on the books “Half Bad” by Sally Green.

After their reconciliation, Karppi and Nurmi investigate a case involving a mysterious symbol, pharmaceutical promises and a very disturbed person.

In the distant future, humanity was forced to leave Earth. A ship with a 3D printed team of experts is sent to colonize a new planet.

Enjoying singleness, Anzu doesn’t even think about dating. Until a magical being turns her life into a true romantic comedy.

Two mischievous fourth graders hypnotize the principal into thinking he’s a superhero in his underwear.

A boy gets caught up in a diabolical corporate plot when he discovers that his little brother is a big shot in the business world.

The documentary shows the backstage of the Brazilian soccer team during the conquest of the fifth world championship in 2002, with unpublished images and interviews with the players.

In this captivating documentary, the youth of a youth football team tell how they managed to survive after being trapped in Tham Luang Cave in 2018.

Exclusive accounts of survivors and real footage enrich this exciting documentary series, which tells about the earthquake that shook Nepal in 2015.

After the fiasco at the 2004 Olympics, the US men’s basketball team seeks redemption in the fight for gold at the 2008 Beijing Games.

This documentary miniseries about serial killer Jeffrey Dahmer and the 17 murders he committed is executive produced by Joe Berlinger.

In this documentary, the exponent singer of the anime universe shares reflections on her first decade of her career and her wishes for the future.

From the producers of I’m a Killer, this true-crime docuseries is told from the perspective of stalkers and survivors.

Life is hard for a second-generation scientific experiment and seems to be haunted by chaos.

The Crazy Boy is a creative boy who loves to involve everyone in his adventures. But they don’t always go as planned!

This revealing documentary offers an immersion into the life and work of Manoel de Barros, one of the most important Brazilian poets.

A young man follows in his late father’s footsteps to uncover a conspiracy in the wizarding world in this thrilling supernatural adventure. 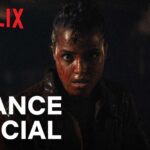 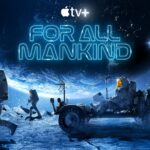 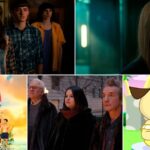 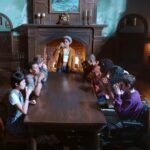