Unsupervised is a work by Refik Anadol generated with artificial intelligence and is exhibited at the Museum of Modern Art in New York. (Hypertextual)

a work of art created by an artificial intelligence is exhibited as part of a collection at the Museum of Modern Art (MoMA) in New York along with pieces by world-renowned artists such as Van Gogh, Picasso, among others.

unsupervised (Without supervision) is the name of what could be defined as a “virtual painting” and that was created by the artist Refik Anadol using a artificial intelligence which is responsible for establishing connections between hundreds of other real works by various artists to generate images moving.

The work of Anadol It has an extension of 7.32 mx 7.32 m and is presented as part of a project that explores “the aesthetics of data based on collective visual memory” according to the official website of the artist. 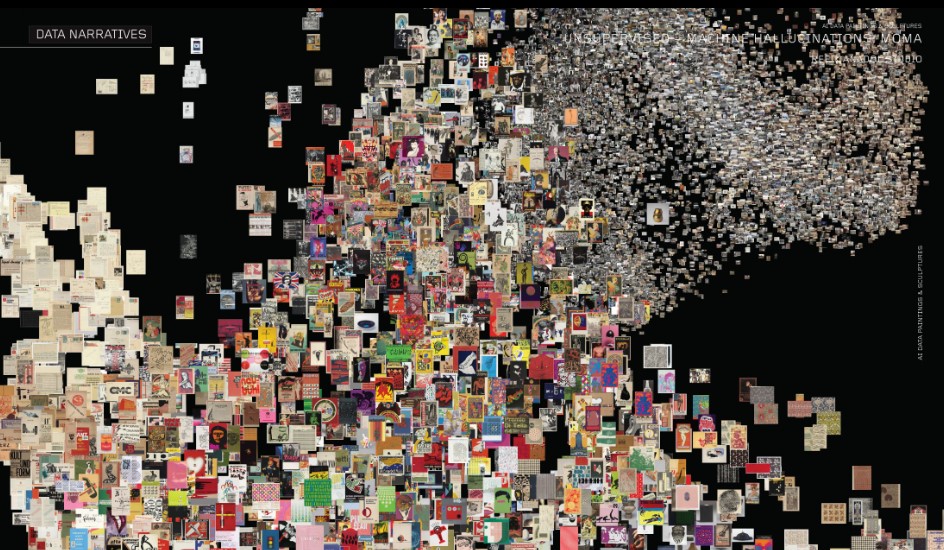 Unsupervised has a database that gathers information from thousands of other works of art and combines them to make its own version. (Unsupervised/Capture)

How the work works

Anadol created unsupervised to be a work in movement and that is capable of adapting and changing as required by its environment. Unlike other graphic pieces like videos either images created with artificial intelligence DALL-E2 either stable diffusionit was his own artist who was in charge of developing the artificial intelligence on which his work is based.

According to Web page of Anadol, in which he explains the process of creating unsupervised, the work has a database that is compiled from the pieces that are available to the public. A total of 138,151 works were included as part of the information available to you and you explore the work in real time using a algorithm and having the data in a cloud in three dimensions.

East collage in motion that is represented as a cloud of pixels it is described by the Museum of Modern Art as a “unprecedented and singular meditation on technology, creativity and modern art”. In addition, it is added that the images that it shows with its forms is a way of “reimagining the trajectory of the art modern, pay homage to its history and dream of its future”. 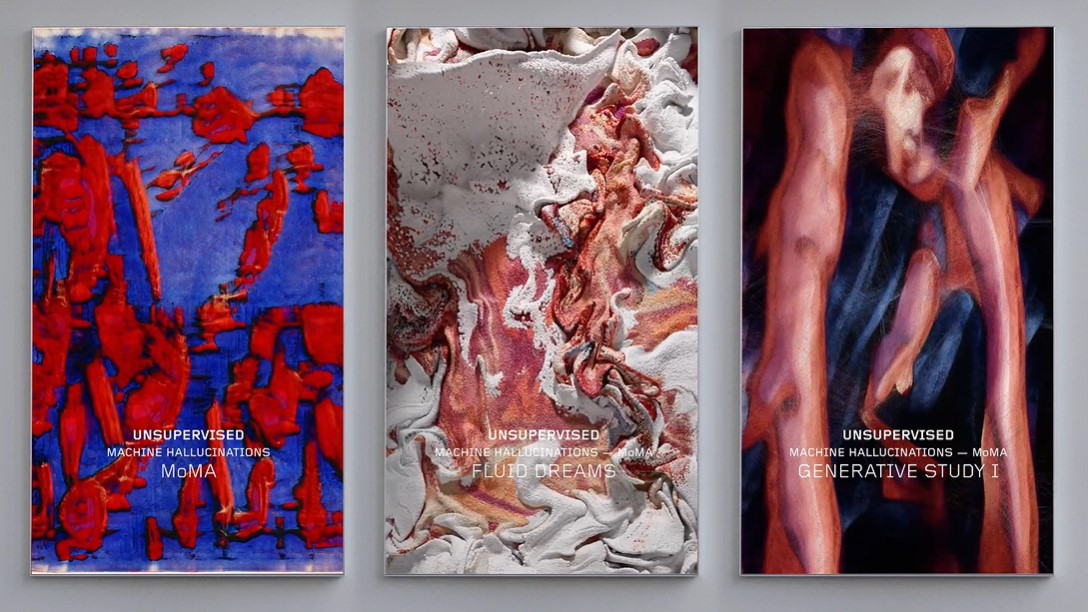 In addition, to guarantee the authenticity and authorship of the work by AnadolUnsupervised has a digital signature on 3D, in addition to a physical certificate with a copy. In its website official, the artist indicates that because the program is too heavy to be able to be executed by a computer Inside the museum, what visitors can see is a video previously recorded.

Anadol’s work will not only be presented at the Museum of Modern Art of New York, but will also be auctioned to the highest bidder as a unique piece. In addition, it will have representation in the form of NFTs as part of a collection of 5,000 elements that will have a duration of 20 seconds and will remain in constant reproduction.

In addition, those who are interested in acquiring the product will have rights, along with the artist, over that particular piece.

Copyright of the piece

One of the controversies surrounding the artificial intelligences is the possibility of infringing the copyrights of other artists whose works serve as “inspiration” so that these computer systems can generate the images that are projected on the screen of the Museum.

As with some other aspects, such as the marketing of images generated by artificial intelligence, Unsupervised could face some type of penalty in the future for using the work of other artists within its system.

Where is the cast of Glee? Look!

1899: 7 productions similar to the Netflix series