CES 2022 has reserved many innovations for the desktop PC market and in particular for the world of DIY PCs (Do It Yourself), a trend that, especially thanks to the Intel Core 12th gen platform, offers a whole series of new options ranging from low end up to enthusiast with K series products. Those who followed the Las Vegas event with us will know that the Santa Clara company has announced the entire Alder Lake-S desktop (and notebook) range, also confirming the ‘arrival of the cheapest LGA 1700 motherboards with H670, B660, and H610 chipsets.

As discussed in our previous articles, the cheaper Intel 600 series chipsets offer a decent improvement over the previous generation 500 series; some models of motherboards will be available in more extreme variants (see the B660), but in principle these are solutions that look a lot to the budget, trying to guarantee good connectivity/expansion and, where possible, support for the new ones standard DDR5 and PCI-E 5.0. 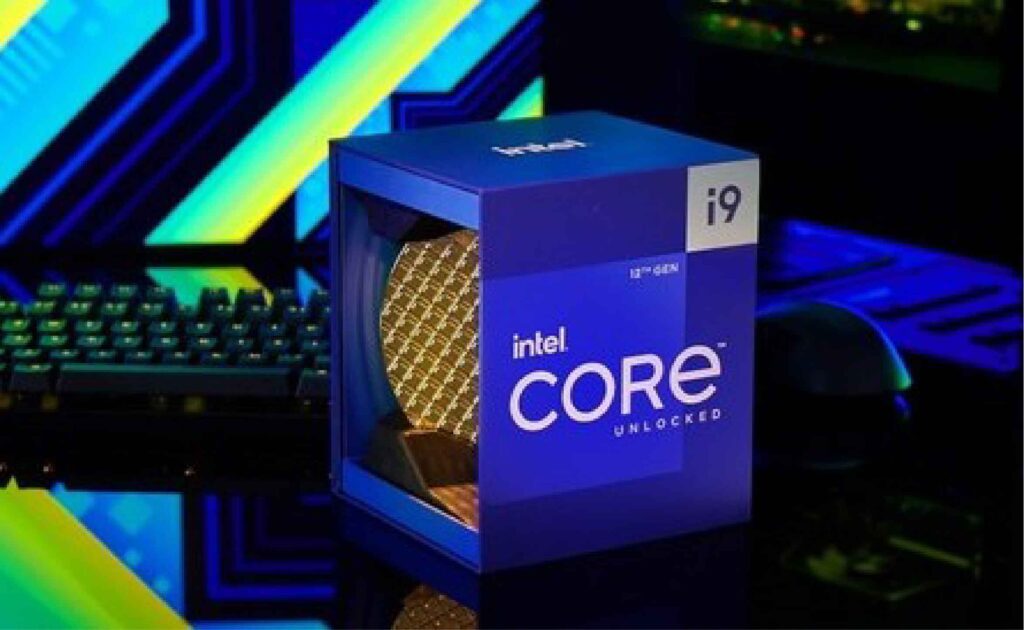 Those who aim to make the most of all the new technologies of Alder Lake-S – including processor overclocking – must rely as usual on the top-of-the-range Z690 chipset, in turn, available on both DDR4 / PCI-E 5.0 motherboards and DDR5 / PCI-E 5.0. The DDR5 vs DDR4 diatribe is still under discussion, not only as regards the performance aspect, but also and above all for the costs of DDR5 RAM kits and some Z690 motherboards, often prohibitive. With the expansion of the Alder lake-S desktop platform, the situation slowly begins to improve and already now you can buy quality Z690 DDR5 / PCI-E 5.0 motherboards at much more affordable prices; this option certainly does not solve the price situation of DDR5 memories but, in practice, it allows the user to save something to invest it precisely in a good DDR5 kit. All this premise basically “frames” the product under test today, we are talking about the MSI MAG Z690 TOMAHAWK WIFI motherboard.

MSI’s MAG TOMAHAWK series is an old acquaintance of ours: last April we tested the Intel B560 variant for Rocket Lake-S processors (Core 11th gen) and it convinced us precisely of the right balance between quality/equipment and performance/price. This new Z690 model for Intel Alder Lake obviously is positioned in a slightly higher segment, but in principle, we find the same peculiarity, further “embellished” if we want by the support for the latest generation standards (DDR5 and PCI-E 5.0 in primis ).

MSI MAG Z690 TOMAHAWK WIFI is not a card that aims to amaze from an aesthetic point of view: the design – which we do not mind anyway – does not include RGB lighting and is rather linear but not anonymous. Black dominates on the PCB and dissipation system which, in addition to the socket area, is also extended to the chipset and to the four supported M.2 SSD slots (this is MSI M.2 Shield Frozr).

What is AMD RAMP? Do you see Intel’s XMP profiles? Alright, let’s explain

Taking a look at the image above, you immediately notice that the MSI card is well equipped to support CPU and memory overclocking, a feature promptly confirmed by the data sheet: 16 + 2 phase VRM (Duet-Rail system with Power Stage from 70A), double EPS 8pin connector, 6-layer PCB , Memory Boost and a BIOS that allows you to set up and monitor all parameters meticulously. With this configuration you can aim for overclocking with all Intel models of the Core 12th gen series, obviously accompanied by an adequate dissipation system.

The Z690 TOMAHAWK WIFI is equipped with 4 DIMM slots and supports 128GB of DDR5 RAM and frequency up to 6,400 MHz ; as anticipated, on board there is PCI-E 5.0 support , available only for the primary PCI-E x16 slot reserved for the graphics card and reinforced among other things with the now well-known PCIe Steel Armor .

As has become tradition, the I / O Shield is pre-installed and reinforced, while the supply of connectors on the rear panel can be defined as complete and sized to the price range in which the product is inserted.

Given the excellent onboard equipment, and having already examined the performance of the Intel Core 12th gen K series processors and the Z690 chipset (in DDR5 and DDR4 sauce), our test on the new MSI aims more than anything else to test the speed performance of this motherboard, overclocking and, most importantly, the management of DDR5 memories in relation to the more expensive models such as the ASUS ROG Strix Z690-E Gaming WiFi or the Gigabyte Z690 AORUS MASTER (Review) that we tested previously.

Here is our test platform:

Let’s start immediately with the overclocking of our Core i5-12600K which, as already found on the aforementioned models, stops at the 5,100 MHz threshold on all 6 P-Cores – E-Core 4.1 GHz – with a VCORE of about 1 , 45V (besides it starts to heat up too much and we would need a custom system). On the memory side we touched 6,400 MHz, but the stability did not prove to be the best so we went down to a DDR5 6,200 MHz frequency but with a CAS Latency 34 which allows us to further reduce latency and improve our record in Cinebench R23 ( see above).

The behavior of the card is also good when we modify the BCLOCK : we managed to stabilize the system with a BCLOCK of 102 MHz (vs 100 MHz by default), managing to push the RAM further to 6,324 MHz . The result can be defined as noteworthy given the peculiarities of our 12600K: the 100 GB / s wall has been knocked down in reading performance with AIDA64 and reduced latency up to 55 ns .

In addition to testing the limit of our CPU / RAM combo, for the moment in the norm for a good Z690 card, we wanted to verify the impact of overclocking when we use the PC in everyday life. Obviously, we do not use such a configuration for surfing or for office: it ranges from gaming to productivity, rendering and other applications that can benefit from the 10 cores / 16 threads of the CPU and such a large memory bandwidth. From official specifications, the P-Cores of the Core i5-12600K operate with a boost frequency of 4,900 MHz which drops to 4,500 MHz in multi-core operations; in our case instead we have set the system to operate at 5 GHz all-core (E-Core 4.100 MHz) and DDR5 6200 C34 memories.

As expected, the performance increase varies according to the application in use. With our overclocking profile we can earn up to 18% in “CPU-dependent” tests like 7-ZIP or in Indigo rendering, while in a mixed (and synthetic) test like PCMark the differences are practically nil (as opposed to 3DMark Time Spy where thanks to the CPU we get + 24%).

If we move on to gaming, the scenario is more or less similar and a lot depends on the title under consideration. In our case we opted for three rather demanding titles: Far Cry 6 , Watch Dogs: Legion and Assassin’s Creed: Valhalla , all played at 1080P and Ultra details with GeForce RTX 3080.

If we look at the average FPS, except for Far Cry 6 (+ 18%), the differences between default and overclock can be defined as negligible; What stands out in the graph, however, is the variation in the minimum and maximum FPS with peaks of up to 31% (which is no small thing!), a difference that in the eyes of a trained gamer can certainly make a difference. This behavior clearly does not apply to all games, but in principle it transpires that the latest generation titles are also able to significantly benefit from an increase in CPU / RAM frequency.

Here we are at the end of this test on the MSI MAG Z690 TOMAHAWK WIFI , motherboard that convinces us for quality and onboard equipment , offering substantially speed performance on a par with more famous models (not only of competitors but also of MSI itself). In general, the management of “traditional” overclocking has not proved inferior to the top-of-the-range products that we had previously tested, while if we had ambitions of extreme overclocking – perhaps with unconventional cooling systems – the results could be slightly lower (but not necessarily).

Returning to the discussion of whether or not overclocking is useful, the tests have again confirmed that the performance gain is there and that, in essence, a Core K-series processor on a Z690 motherboard doesn’t make much sense if we don’t go to take advantage of this peculiarity; otherwise we recommend the user to evaluate a non-K Core 12th gen CPU paired with a B660 motherboard (or Z690 if you want to take advantage of the best I / O capabilities).

The performance increase varies according to the area of ​​use, the same goes for consumption which obviously increases, but which in reality are very conditioned by the quality of the CPU silicon. The latter is a parameter to be taken into consideration if we decide to use the overclocked processor for daily use: having a Core i5-12600K that can operate at 5 GHz with 1.4 volts (ours for example) is different from being in the hands of the same model that manages to be stable at this frequency but with 1.2-1.3 volts. In this combination we find all the “quality” and usefulness of our overclock, especially if we look at the compromise on consumption we were talking about at the beginning. Before seeing the results we reiterate that our Core i5-12600K at 5GHz All-Core has a maximum VCORE of 1,

As can easily be seen from the graph, an 18% increase in pure CPU performance is combined with a system consumption that in some cases reaches 46% higher, an “equation” that is certainly not convincing in terms of efficiency. Things are decidedly different in gaming , where with a + 8% in consumption we can also earn 15-30% on the titles examined. In our opinion, this is the real critical point that must be evaluated when we overclock for daily or in any case continuous use.

In closing, therefore, the MSI MAG Z690 TOMAHAWK WIFI is a product that we also recommend to overclockers who, given in hand, can count on good RAM support and a robust power supply section, aided by a valid dissipation system.

At Tech Markup we provide you the information gathered from different resources about Tech Industry. We do not own any images or content shared on the website unless we declare that we have copyright in the image or content. If you find anything copyrighted on the site, please contact us
Contact us: su[email protected]