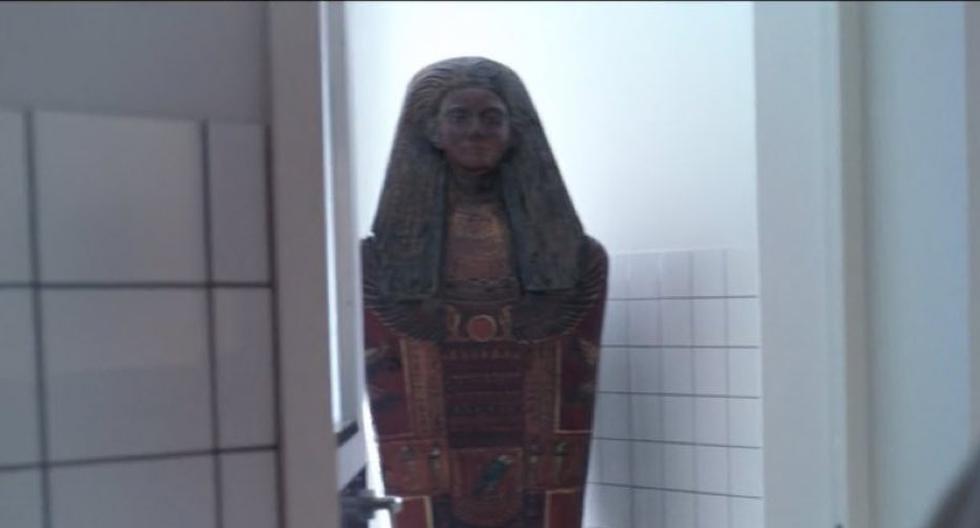 There is no doubt that “ Moon Knight ” is the new trending series. Marvel Studios has already shared four episodes of the series and precisely the last premiere has turned the entire UCM upside down.

Are we in Limbo? Did Marc Spector die in the tomb of Alexander the Great? Is there salvation for the character? Who is the character in the second sarcophagus? Many questions have been left unanswered in Chapter 4.

Of course, in the comics there are some answers, but first you have to explain the context in which we find ourselves. This premiere began as an action and adventure film, something strange, since the characters were joining clues until they found the statuette of Ammit in the sarcophagus of Alexander the Great.

Few expected Arthur Harrow to arrive and assassinate the protagonist. But this was not the end, but we moved to a psychiatric hospital that has the appearance of Limbo or where Marc will be tried.

When he tries to escape, he finds a sarcophagus where Steven is hiding. That’s right, for the first time, both can see each other face to face and they hug each other to celebrate that they are both alive.

Who is in the second sarcophagus?

Precisely, after freeing Steven Grant, the protagonists pass by a room where there is a sarcophagus standing. There, is a furious character who wants to be free.

Marc just ignores him, while Steven gets scared hearing the banging from inside. This is Jake Lockley, another alter ego who lives in the same body. He has the profession of a taxi driver and appeared in the series at the beginning.

That character who asked the museum worker out and who wanted to eat meat was Jake. However, the series has not shown his personality. He is expected to fight Spector and Grant in the last two episodes.

Netflix: why most users would withdraw from the platform