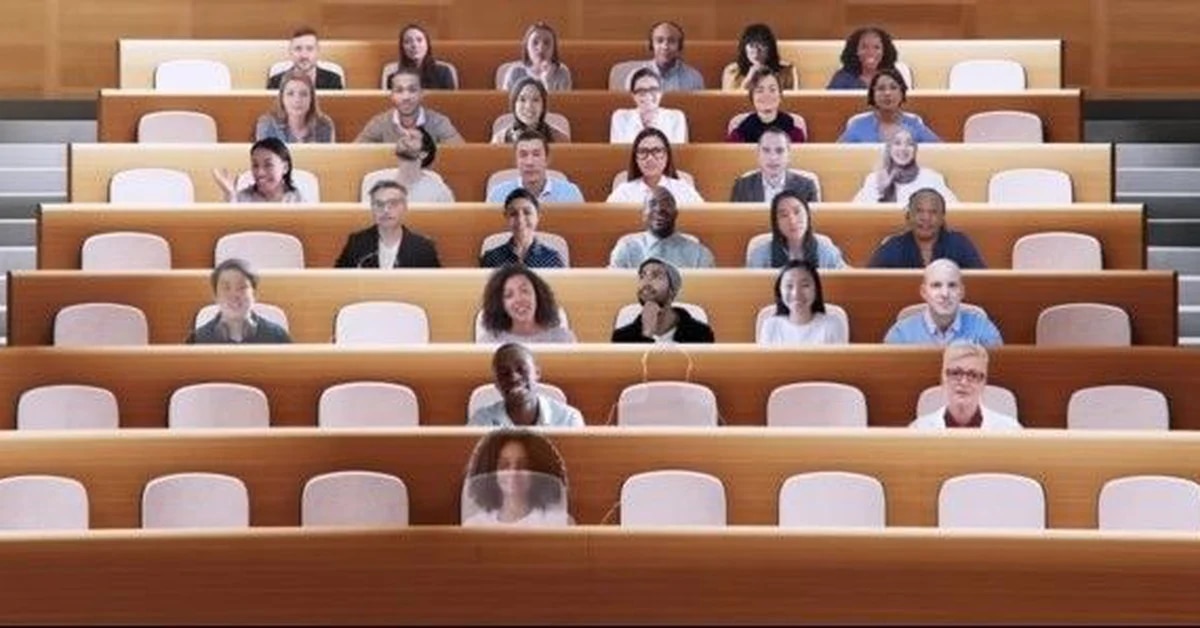 Microsoft Teams added new features among which the filters for videos and the Together mode stand out, an immersive experience for users of the desktop version.

teams is a communication and collaboration platform developed for the workplace, which combines online chat with meetings by video conference and file storage, among other functions.

The company announced the availability of this application in its virtual store, Microsoft Store, where the latest Teams update can now be downloaded, which includes a series of new features.

Among some of the features found in this new edition the option to improve the quality of the video is highlighted using a filter to adjust the brightness of the image manually.

Within the Configuration section, the button was included. adjust brightnessas well as soft focus to apply a subtle effect and limit the roughness of the image.

Both filters are now available before joining meetings, but can also be applied after video calls have started.

Another novelty is the together mode, which offers the possibility of creating a virtual and immersive shared space. Thanks to this, the members of a video call can have the feeling of being in the same physical space as their colleagues.

Until now, this view was only available for each user’s personal view. To enable it, it is only necessary to check the option Select set mode once a certain scene has been chosen.

Microsoft reported that, for the time being, this immersive experience by scenes in which up to 50 users can participate simultaneously it’s only available to Teams Desktop users.

On the other hand, it was reported that users now can join meetings zoom through Teams Rooms on Android devices.

Meeting organizers and participants can now choose a custom status for scheduled meetings and can choose to appear as free, busy, or out of office.

These admins can also now select the private meeting featureso that users can hide the details of a certain meeting when you share your calendar with other colleagues on the platform.

In chat conversations, Teams brings support for the service’s suggested replies in new languages ​​to the mobile version, including Spanish, Japanese, Czech, Korean or Hebrew, among others.

The update to this app also gives admins the ability to create a custom Teams Admin Center dashboard to place whatever shortcuts and widgets they want.

Other features mentioned are not new, but are now being enabled for specific users of your service. This is the case of users of Azure Windows Desktop, Windows 365, and VMware, which already have access to virtual desktop infrastructure (VDI) environments.

VDI hosts desktop environments on a centralized server and distributes them to your end users, who can access them from any device or location.

Multi-window capability gives users the option to display chats, meetings, or calls in separate windows to help streamline their workflows

Now, these users have options such asView chats, calls or meetings in separate windows to streamline your workflows or access to meeting and call controls from the top of the meeting screen.

VDI for Citrix users also have the ability to give and take control of a presentation during a video conference to other meeting participants. to perform actions such as submitting files.

Dynamic emergency calling is also coming with this update to Teams on VDI for VMWare, so people can make these types of calls while working remotely.