The CEO of GoalMark Zuckerberg, presented an Artificial Intelligence (AI) that can generate short videos from text descriptions similar to the current method of creating images from a word or phrase.

“All of these videos were generated by the Artificial Intelligence (AI) that our team at Meta created. Call make-a-video. You give it a text description and it creates a video for you,” Zuckerberg said in a post on his official Facebook page. Facebook.

In addition to highlighting the function of this new tool, the publication affirms that it represents “very impressive” progress, since the creating a video from a text is more complicated than that of an image, due to the movement that must be presented and the change that occurs during reproduction.

The post of CEO indicates that “in addition to generating the pixels correctly, the system must also predict how they should change over time.” On the other hand, it only takes a few words for the video to start generating.

The example presented by Zuckerberg created content around the words “teddy bear painting a self-portrait”, “a lazy baby in a hat tries to use a laptop”, “a spaceship lands on Mars” and “a robot surfs an ocean wave”.

On the other hand, it was indicated that this tool will be released on a trial basis in the future, although no tentative date for doing so was reported.

Meta AI as a language translator

This is not the first Artificial Intelligence created by Meta that has an application put to the test, since the tool named NLLB-200 has already demonstrated its abilities to translate up to 200 languages in real time as part of a company project called No Languages ​​Left Behind.

Unlike other similar tools, the one developed by the company technology was able to do African and Asian language translations directly instead of using English as a translation halfway point, so NLLB-200 produces best results, more faithful to the meanings of the words in their languages. 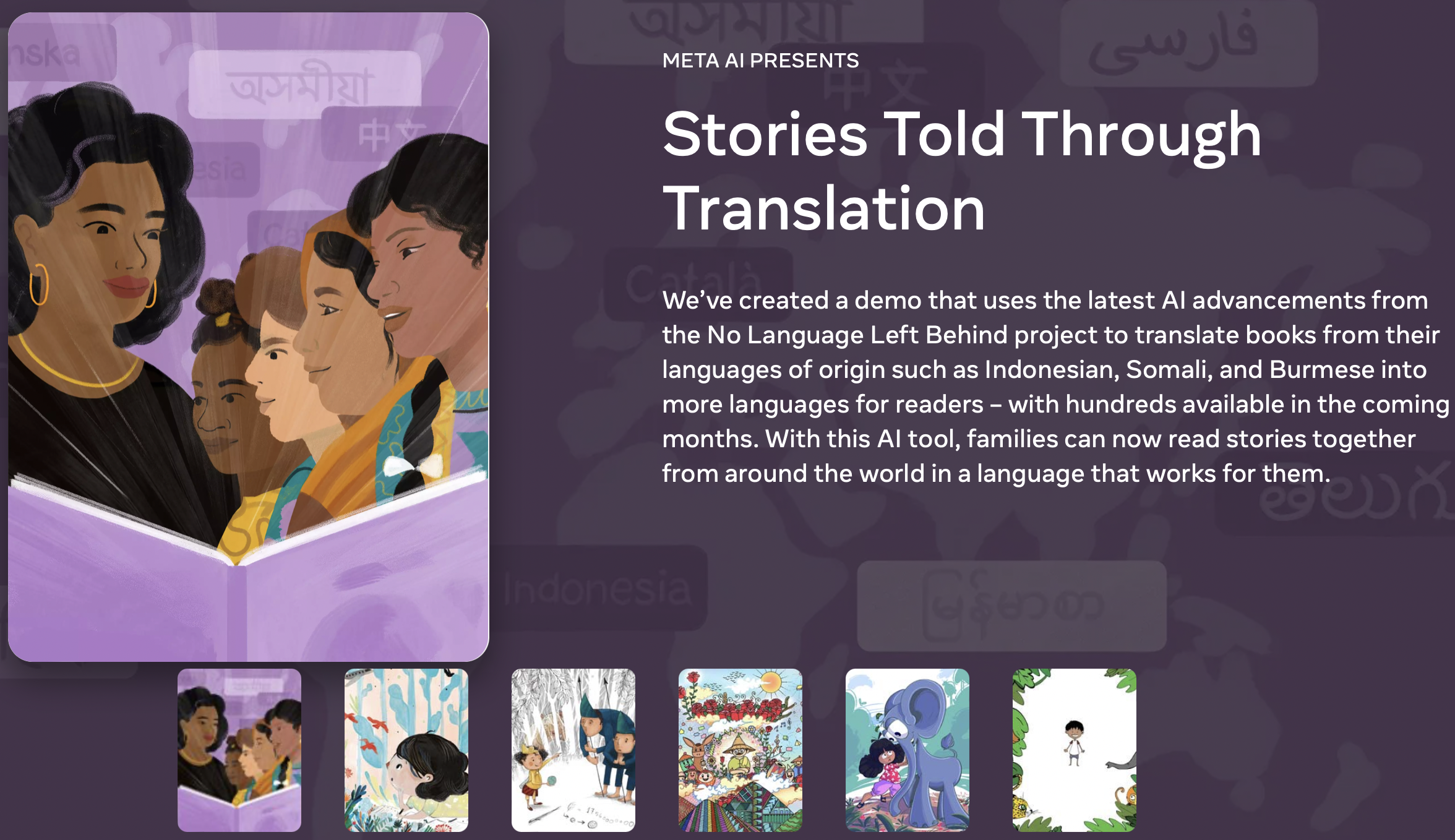 However, unlike Make-A-Video’s AI, the one in charge of performing translations is available for testing by users. You only need to enter nllb.metademolab.com. This website contains stories for children from different parts of the world and cultures, which are presented in their original language, but which can be automatically translated to the language that the user wants.

In addition, the Meta platform has a scale that evaluates the quality of the translations of this Artificial Intelligence, which is shown next to the results and is differentiated with blue geometric figures:

– Experimental (Triangle): The AI ​​can make frequent errors during the translation process.

– Intermediate (Square): The translation displayed by the AI ​​is correct in most cases, but it is possible to find some errors in it.

– Advanced (Circle): At the level of sentences, Artificial Intelligence does not present errors frequently and those that can be found in the texts are more related to the writing style.

“As we continue to work with AI, we improve everything we do, from displaying the most engaging content on Facebook and Instagram to recommending more relevant ads and keeping our secure services for everyone”, highlighted Mark Zuckerberg regarding the initiative in which NLLB-200 is involved.